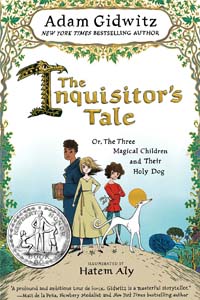 The Inquisitor's Tale by Adam Gidwitz

Crossing paths at an inn, thirteenth-century travelers impart the tales of a monastery oblate, a Jewish refugee, and a psychic peasant girl with a loyal greyhound, the three of whom join forces on a chase through France to escape persecution. 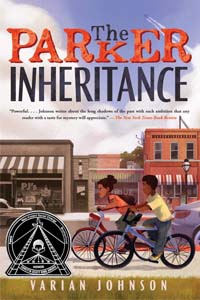 The Parker Inheritance by Varian Johnson

Twelve-year-old Candice Miller is spending the summer in Lambert, South Carolina, in the old house that belonged to her grandmother, who died after being dismissed as city manager for having the city tennis courts dug up looking for buried treasure--but when she finds the letter that sent her grandmother on the treasure hunt, she finds herself caught up in the mystery and, with the help of her new friend and fellow book-worm, Brandon, she sets out to find the inheritance, exonerate her grandmother, and expose an injustice once committed against an African American family in Lambert. 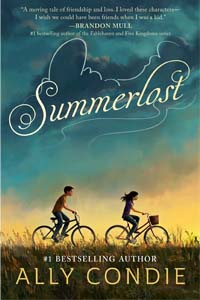 Following the sudden deaths of her father and autistic younger brother, Cedar Lee spends the summer working at a Shakespearean theater festival, making a new friend, and coming to terms with her grief.