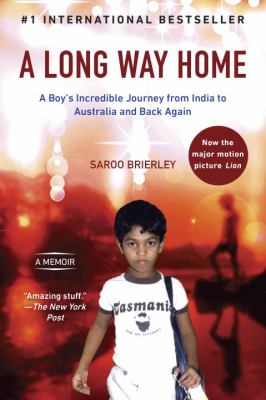 Born in a poor village in India, Saroo lived hand-to-mouth in a one room hut with his mother and three siblings ... until at age five, he mistakenly boarded a train by himself, and ended up in Calcutta, all the way across the country. Uneducated, illiterate, and unable to recall the name of his hometown, he managed to survive for weeks on that city's rough streets. Soon after, he was adopted by a couple in Tasmania. But despite growing up in a loving upper-middle class Aussie family, Saroo still clung to the last memories of his hometown and family in India, and always wondered if he'd ever find them again. Amazingly, twenty-five years later, with some dogged determination and a heap of luck -- and the advent of Google Earth -- he did.
273 pages
Also Available From the Library