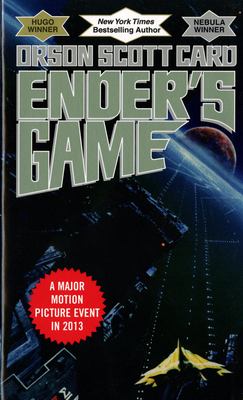 Aliens have attacked Earth twice and almost destroyed the human species. To make sure humans win the next encounter, the world government has taken to breeding military geniuses—and then training them in the arts of war. The early training, not surprisingly takes the form of “games.” Ender Wiggin is a genius among geniuses; he wins all the games. He is smart enough to know that time is running out. But is he smart enough to save the planet?
226 pages
Also Available From the Library