In the Garden of Beasts: Love, Terror, and an American Family in Hitler's Berlin 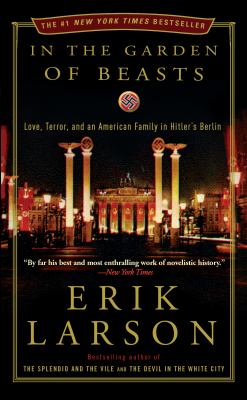 Larson documents the efforts of the first American ambassador to Hitler's Germany, William E. Dodd, to acclimate to a residence in an increasingly violent city where he is forced to associate with the Nazis while his daughter pursues a relationship with Gestapo Chief Rudolf Diels.
484 pages
Also Available From the Library