True confessions of Carla:  I am not a music person.  I mean, I like music.  I enjoy a few tunes in the background while I am working or running.  I play the piano well enough to know I should never try to accompany or entertain anyone.  But when it comes to truly appreciating music like so many people do, I am just not there.

So, if I can get really excited about our newest online resource, I can only imagine how most of you more cultured and musically inclined folks will feel.  The Provo City Library now offers all Provo Library card holders access to Freegal!!

What is Freegal? Well, it’s a free music service. All you need is your Provo City Library card number and your PIN. With those two numbers you have downloadable or streaming access to more than 9 million songs, including Sony Music’s catalog of legendary artists. In total the collection is comprised of music from over 28,000 labels with music that originates in over 80 countries. There is no software to download, and there are no digital rights management (DRM) restrictions.

Each day, Provo Library Card holders can stream 5 hours of music from the Freegal site and each week, they can download 3 songs.  Those are three songs they can download and keep forever.  No checkout periods, no due dates, no overdue fines.

In the last few weeks, since we’ve started promoting the service, over 1,800 songs have been streamed and 223 songs downloaded by excited library patrons.  What are they finding?  Well, popular genres so far include alternative, classical, holiday, and pop.  And what songs are they downloading?  Here is a short list of some popular tracks:

We hope that many of our patrons discover and enjoy this great new service.  Find it on our website with our other digital collections or download the free app for access on your mobile device.    I have already downloaded a couple Air Supply songs (because they were on one of the 7 8-track cartridges that I owned in high school that would play in my awesome dinosaur of a car), a few Christmas songs (because you can never have too many versions of “Baby, It’s Cold Outside”), and some of Adele’s new songs (because I aspire to be better informed about new music). 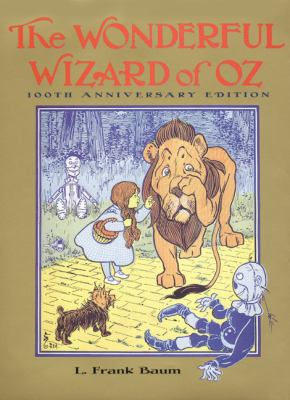 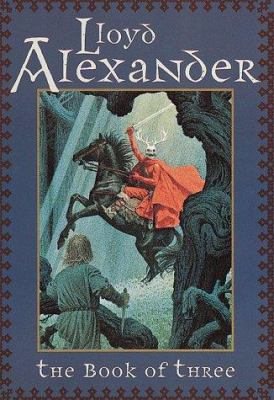 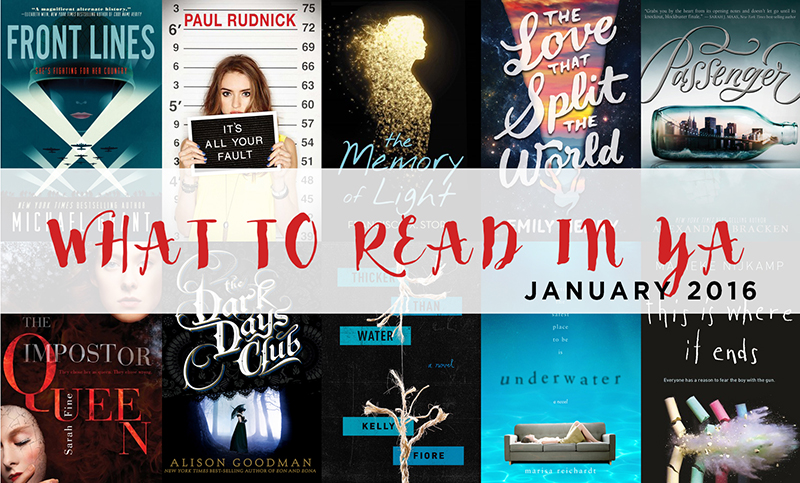 New year, new you . . . and new YA! While 2015 was a banner year for young adult fiction, 2016 is sallying forth with a lot of new, groundbreaking titles for teens (and the teenaged at heart)! While trend predictions say high fantasy is going to make a comeback this year, many of the titles releasing in January are contemporary works like Francisco X. Stork’s THE MEMORY OF LIGHT and Kelly Fiore’s THICKER THAN WATER. Look to Sarah Fine’s THE IMPOSTOR QUEEN for engrossing high fantasy, or Alexandra Bracken’s PASSENGER for exceptional speculative fiction.

Here are the five titles I’m most excited to check out in January: 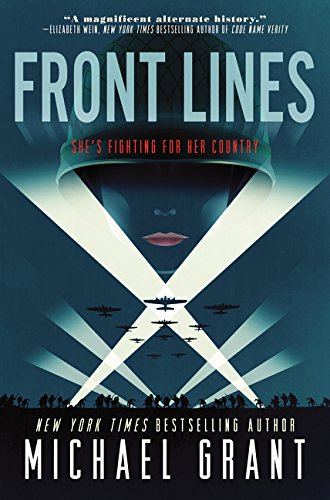 In FRONT LINES, bestselling author Michael Grant (the GONE series) gives readers an alternate history of World War II, in which women are given the right to enlist in the U.S. military. The novel follows three “soldier girls” through the horrors and challenges of the war, and doesn’t pull any punches when dealing with sexism, racism, and the violence of combat.   Early reviews promise a novel with grit, guts, and heart – this is the book I’m most excited to read in January. I love YA novels – or any sort of story, really – where the girls save themselves. 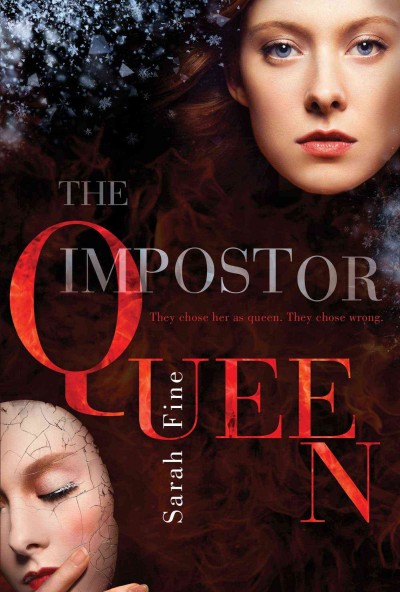 High fantasy’s always in vogue here at the Provo Library! For readers who enjoyed Victoria Aveyard’s RED QUEEN (2015) or Sara Raasch’s SNOW LIKE ASHES (2014), try Sarah Fine’s IMPOSTOR QUEEN next.   Sixteen-year-old Elli is the Saadella, training to inherit her country’s crown and its strongest fire and ice magic from the queen. But when the former queen dies and Elli receives no magic, she must flee for her life or be killed by the Saadella elders. Filled with magic, adventure, intrigue, and romance, this title will be a crowd-pleaser for the most demanding fantasy fans. 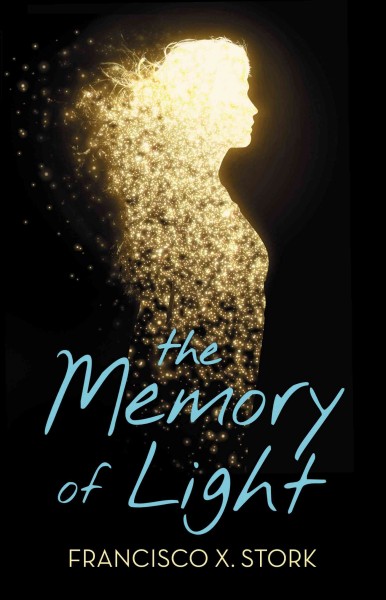 Francisco X. Stork’s a marvelous writer, one who focuses particularly and powerfully on teens dealing with mental health issues. His newest novel, A MEMORY OF LIGHT, introduces readers to sixteen-year-old Vicky Cruz, who, after her father sends her beloved yet aging nanny back to Mexico, tries to commit suicide. The novel’s focus, however, is on Vicky’s recovery and the friendships she builds with the other teenage patients in her hospital’s psych ward, relationships that (thankfully) help her discover reasons to keep living.   Utah Valley currently has one of the highest rates of teen suicide in the U.S., so I consider novels like A MEMORY OF LIGHT and Jay Asher’s perennial THIRTEEN REASONS WHY (2007) to be integral to the library’s YA collection. Read this and pass it on. 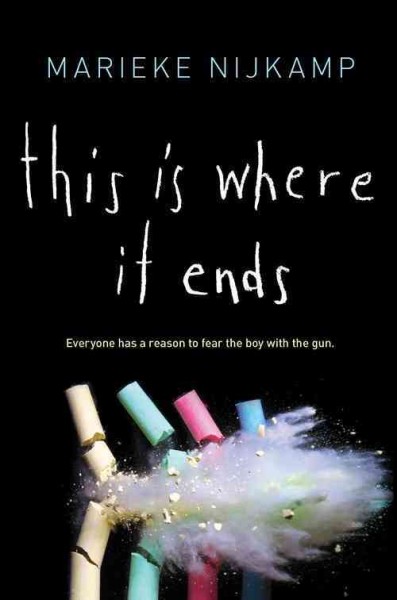 THIS IS WHERE IT ENDS
By Marieke Nijkamp
January 5, 2016

“Everyone has reason to fear the boy with the gun.” Marieke Nijkamp’s novel takes an unrelenting, brutal look at the 54 minutes in which a teenage gunman holds his high school hostage and mass-murders teachers, students, and adminstrators alike. Told from the perspective of four teens who have personal relationships with the shooter, the novel chronicles the students’ attempts to either stop or survive the horror and heartbreak tearing their school apart.   I wish “timely” wasn’t the adjective that came to mind as I tried to summarize this novel, but this book is basically ripped from the headlines. With more school shootings happening than ever before – and gun lockdowns happening as close as Pleasant Grove – THIS IS WHERE IT ENDS is an important novel for a difficult time. 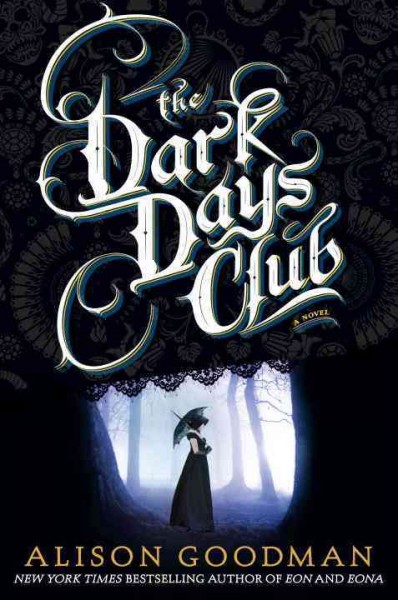 Despite the ominous title, we’re ending on a bright note with Alison Goodman’s THE DARK DAYS CLUB. The novel’s one part Jane Austen, one part BUFFY, and all parts awesome. When one of the housemaids goes missing from eighteen-year-old orphan Lady Helen Wrexhall uncle’s household, Helen takes it upon herself to investigate. What she discovers is a circle of men and women pledged to defend English society against a dangerous (and demonic) enemy, an inheritance of supernatural abilities beyond her wildest dreams, and the love of a not-quite-so-proper English lord who may just understand her better than any other.   Early reviews promise me this title is thoroughly researched; and while the pacing may be a little on the leisurely side, the payoff’s worth the wait. Highly recommended for fans of Gail Carriger’s ETIQUETTE AND ESPIONAGE (2013). Goodman’s THE DARK DAYS CLUB is a Regency romp on the dark side.

PASSENGER, by Alexandra Bracken
THICKER THAN WATER, by Kelly Fiore
THE LOVE THAT SPLIT THE WORLD, by Emily Henry
UNDERWATER, by Marisa Reichardt
IT’S ALL YOUR FAULT, by Paul Rudnick