Details
Written by Joella
Published: 11 May 2016

Today is a great day to sing a song with a child! Why? Let me tell you!

May 11, 1888 was the birthday of the famous composer/songwriter Irving Berlin. When I think of classic American music, Irving Berlin is one of the names that come to mind (as I write this I am starting to hum the tune “Alexander’s Ragtime Band”!). However, most little kiddos don’t really know who this amazing composer was. But that doesn’t mean that you can’t teach some great classic songs (such as “Puttin’ on the Ritz” or “God Bless America” by Berlin) to the youngsters in your life. Or, if Berlin’s songs aren’t your cup of tea, sing anything that you enjoy!

Did you know that music is a great way to help children prepare to read? When children learn songs there are a few things that happen. First, songs often have a different note for each syllable that is sung. Children who sing tend to learn (without even knowing that they are learning) that various sounds (or syllables) make up words. And later they learn that a group of words create a sentence—so those little ones that sing or are sung to tend to figure out how syllables work before they sit down and start to learn how to read.

Also, many songs have words that are unfamiliar to children. Think of the song “Mary Had a Little Lamb.” How many 1 or 2-year-olds do you know that recognize the word “fleece”? Yet there it is in a song that they sing and hear so often that by the time they are a couple of years older they can sing that song all on their own and most likely will learn what that word means. Singing introduces new language and vocabulary to children.

A third reason to sing to little ones is that often there are rhymes in songs. Think of “Twinkle, Twinkle Little Star.” In the first verse there are the rhymes of “star/are” and “high/sky.” As children sing or hear these rhyming bits over and over again they learn that some sounds and endings are similar. This helps so that when they start reading they will have a head-start on understanding that various sounds can be used for multiple words and how different combinations of letters can make similar sounds (such as the “high/sky” example).

All in all, there is a lot of early literacy that happens when you sing to or with a child who hasn’t learned how to read yet. So in honor of Irving Berlin’s birthday, sing a song with a little one! It may not be one of Berlin’s own songs that get your toes tappin’—but sing together today and you will help that little one get ahead of the game in learning how to read tomorrow. 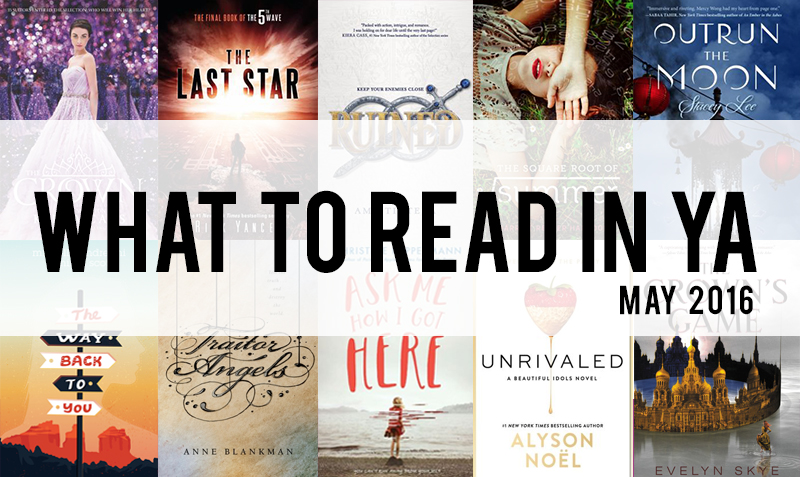 Details
Written by Rikki
Published: 06 May 2016

As one stricken with seemingly unquenchable wanderlust, when I can’t be out exploring the world myself (because we all have to work sometimes, right?) I like to read about other’s travels, and thusly live vicariously through their experiences. That’s why one of my favorite genres is travel literature.

In general, travel literature consists of descriptive accounts of a person’s travels, both near and far, as well as people they meet, cultures they encounter, and often a mix of humor, history, science, and speculation. I always learn something new about the locations authors write about as well as some dos and don’ts for visiting a place and being a conscientious traveler, overall.

In the 900s and beyond, we have a good selection of travel writing and travel books to peruse, including travel guides as well as travel literature. Here is a list of travel literature available at the library that I would recommend for those interested in exploring the genre.

Considered a travel masterpiece, this account of Chatwin's journey through Patagonia will make you want to add this destination to your list for new reasons. It includes some history and a search for Butch Cassidy’s cabin, extraordinary descriptions of a seemingly wild place, and a lot of soul searching.

THE SECRET KNOWLEDGE OF WATER: DISCOVERING THE ESSENCE OF THE AMERICAN DESERT
by Craig Childs
(2001)

In the desert, water is life, and knowing how to find it can determine whether you survive. While Childs wanders the American deserts in order to map water, he shares his scientific knowledge and waxes philosophical about the meaning of water in relation to life and death, in a place where the resource is so sparse.

THE MOTORCYCLE DIARIES: NOTES ON A LATIN AMERICAN JOURNEY
by Che Guevara
(2003)

Before Che Guevara was a revolutionary, he was a med student who started out on a motorcycle journey to experience South America with his best friend, Alberto Granado. Through his experience and reflections on this journey, you can see the beginnings of his revolutionary leanings as he encounters social injustices and hardships of people throughout the country.

IN A SUNBURNED COUNTRY
by Bill Bryson
(2001)

Famed and funny travel author Bill Bryson relishes the reader with stories of his travels in Australia where he encounters interesting natives and spouts facts about the deadly and peculiar animal and insect inhabitants. Bryson is a wonderfully insightful and beloved travel author, so picking up any of his books will not disappoint.

PRISONER OF ZION: MUSLIMS, MORMONS, AND OTHER MISADVENTURES
by Scott Carrier
(2011)

Scott Carrier, a journalist and radio producer living in Utah, travels around the world in search of stories. In this book, Carrier writes thoughtfully about what it means to be an outsider traveling through areas of religious fanaticism in both Afghanistan shortly after 9-11 and amongst the Mormons in Utah.

TRAVELS WITH CHARLEY: IN SEARCH OF AMERICA by John Steinbeck

THE GREAT RAILWAY BAZAAR: BY TRAIN THROUGH ASIA by Paul Theroux

SEA AND SARDINIA by D.H. Lawrence

BREATHLESS: AN AMERICAN GIRL IN PARIS by Nancy Miller