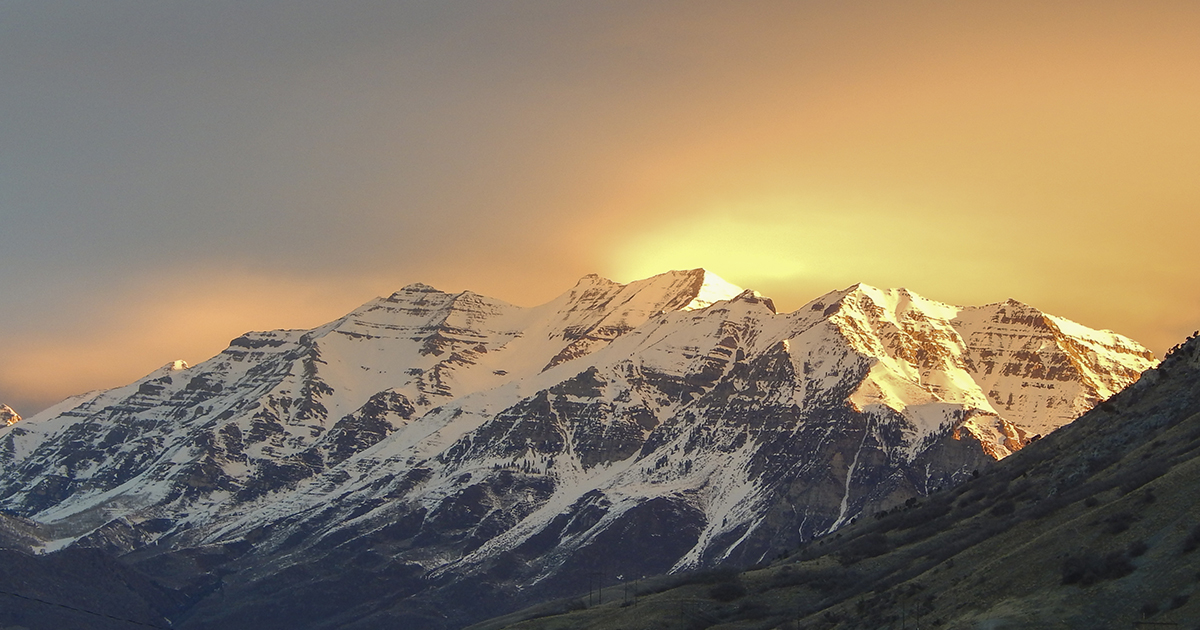 The legend that’s probably the best known was written by Eugene L. Roberts around 1912.  This is the story of star-crossed lovers Utahna and Red Eagle, whose hearts fuse together when they die, forming the Heart of Timpanogos, the famous heart-shaped stalactite in the middle of Timpanogos Cave.

Another popular version recorded by Calvin Walker focuses on star-crossed lovers Timpanac and Ucanogos, who are turned into both a lake and a mountain, so they can lie side-by-side forever.  The lake and mountain together are called Timpanogos in a blending of their names.

I also ran into the story of Norita by M.M. Warner, which is somewhat similar to the stories of Timpanogos.  Norita is the daughter of a Uintah chief.  When the neighboring Paiute tribe attacks, they chase Norita to the top of Bridal Veil Falls, where she jumps to her death.  Alas, Norita doesn’t have a steady love like Timpanac or Red Eagle to mark her death with their own act of undying love.

We have three different books at the library that tell these stories:

This slim volume contains eight different versions of the Legend of Timpanogos.  Some are serious, some are humorous, and some are even written as poems.

This book only shares one version of the Legend of Timpanogos, but it’s filled with beautiful illustrations of mountain scenery throughout.

This booklet is a compilation of poetry, natural history, essays, and yes, legends about Mount Timpanogos. The story of Norita is published here as well.

The story of Norita is actually a three-page poem that was published in the Relief Society Magazine in 1920.  The Provo Library has a little booklet made of just the pages of the magazine that had that poem on it.