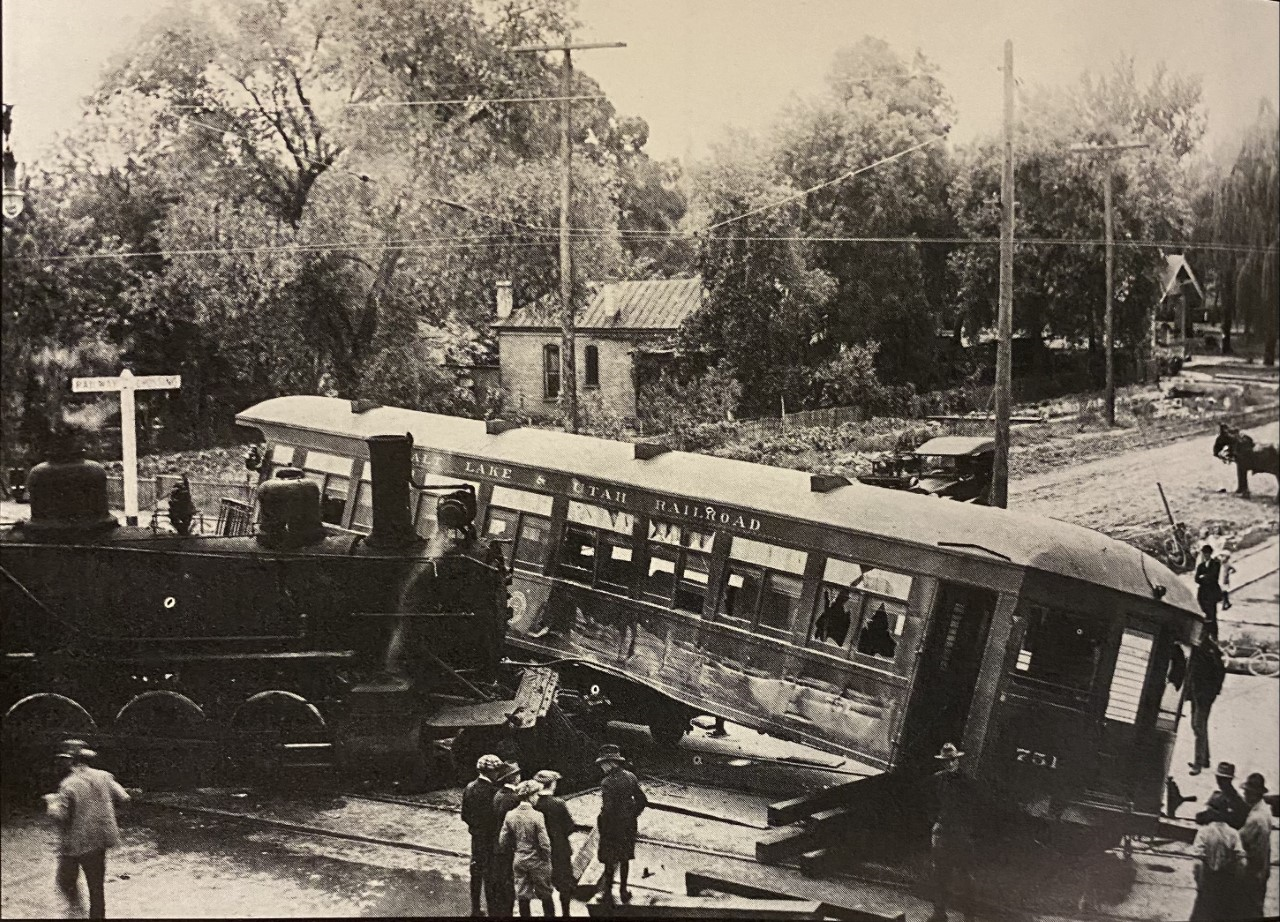 If you search "train wrecks 1918” online, you'll discover that 1918 was a terrible time to be on a train in the US. But did you know that Provo also had a train wreck that year? It's not easily discoverable on the web, but with a little investigation you can find the whole story (and some more besides) by taking a dive into our special collections.

In 1918, the OREM INTERURBAN was the train line that ran between Salt Lake City and Payson, running through Center Street Provo. There was also another train line that passed through Provo, known as the HEBER CREEPER (and a part of that train line still runs today).

ETHEL TREGEAGLE recounts her memory of a crash in our oral histories, which happened right outside her house--"The Heber train always went by. I don't know what year it was but the Orem train that went across Center Street to go to Salt Lake wrecked... I was five years old. That was about 1917 or 1918. The war was on then."

Our oral histories also include another eye-witness to the crash. KARL MILLER recounts the events of the wreck and how it came about, where he narrates his take on why the crash happened and lets us know a few other details. He includes the name of one of the engineers and narrows down the date--a "conference weekend" in 1918. What was especially interesting was that both Ethel and Karl mention a photo of the crash, so I decided to try and hunt that down, too.

Luckily, we have a fantastic INDEX OF HISTORICAL PHOTOGRAPHS that list the photographs we have in our special collections, so I was able to search that and find the famous photo of the Orem and Heber Creeper crash, which occurred on October 4th, 1918.

There are more articles about the OREM INTERURBAN, the famous crash, and how the people of Provo lived back in the day with railroads on Center Street in TALES OF UTAH VALLEY VOLUME I. According to the book, Ethel Tregeagle herself can be found in this photograph behind the man in the upper right-hand side of the photo as one of the young girls looking at the wreckage. Can you spot her?

What will you find out by exploring our special collections?