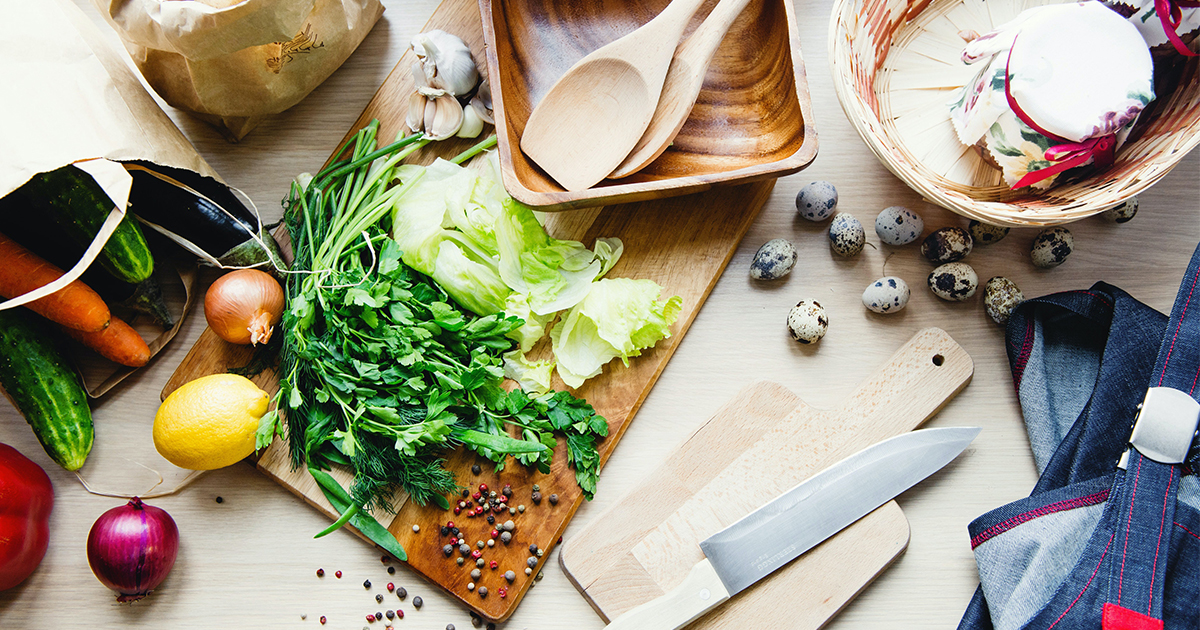 I used to think I loved baking, but that I wasn’t that into cooking. A gorgeously decorated cake piled high with fresh buttercream, or a pie with the most perfect flaky crust—those were the bakes I dreamt of making. I didn’t think cooking was awful—I just didn’t crave it the way I did baking. Every single episode of The Great British Baking Show has made me cry, and not just because it’s the most wholesome competition show ever. I’m just really invested in how a bake turns out.

But a girl can’t survive on baking alone. Cooking is a necessity. And after a few years of doing it grudgingly, I decided I needed to get excited about making dinner. So, I put Chrissy Teigen’s first cookbook on my wedding registry, and someone bought it for me. I wanted it because, based on her social media persona, I thought it might make cooking a little more fun. I made a few recipes, I realized I wasn’t dreading making dinner anymore. Then I made a few more. After a few months of this, I was expanding into other cookbooks. I was actually getting really excited to make dinner and try out a new recipe.

I think it was a combination of using celebrity cookbooks, realizing a cookbook is just another book but about food, and that there are some tricks to cooking that make it more fun, that helped me find a new love in cooking. And now, I don’t even need to hear a celebrity endorsement to want a cookbook! Here are just some of the celebrity cookbooks that used their famous faces to make me love cooking. 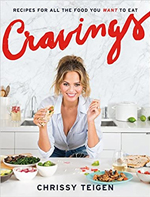 CRAVINGS: RECIPES FOR ALL THE FOOD YOU WANT TO EAT
By Chrissy Teigen
(2016)

The one that started it all. Teigen is funny and relatable, despite her fame. And these recipes are seriously good. I’ve liked every one I’ve tried, which is a pretty good track record. And if you don’t trust my opinions, trust the fact that it’s got 4.7 stars on Amazon. Recipes to try: the cheesy jalapeño bacon cornbread is the perfect side for any chili recipe, and the sweet potato gnocchi is life-changing. 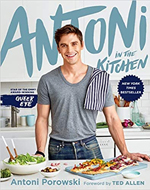 ANTONI IN THE KITCHEN
By Antoni Porowski
(2019)

This might be the only cookbook I’ve ever preordered. As soon as I learned Antoni was publishing a cookbook, I hit purchase. On TV, he’s got such a laid-back approach to food, making it accessible and fun for people who’ve never cooked for themselves. Eating shouldn’t be stressful, even if you’re making something new and complex. Food should be enjoyed, and it should be enjoyed with those you love. Recipe to try: there’s a pasta recipe with lemon, fennel, and sausage in here that made my husband propose to me again. 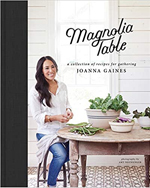 MAGNOLIA TABLE: A COLLECTION OF RECIPES FOR GATHERING
By Joanna Gaines
(2018)

Let’s be realistic. We all sort of wish we were Joanna Gaines. The woman has made a career out of having great taste and working hard, and I think that’s something we can all aspire to. Her cookbook is filled with really well-done basics, and some fun recipes with more complexity. But all of them are sure to fill your belly and make you happy. Recipes to try: her biscuits are perfectly buttery and delicious, and her white cheddar bisque is like eating fondue but in soup form. 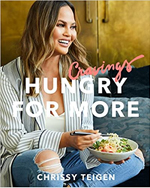 She’s back! With another incredible cookbook, Chrissy Teigen has really made her mark on the world of food. I can’t choose a favorite between her two cookbooks, because both are filled with all kinds of interesting and delicious foods. Recipe to try: The blueberry pancakes in this book have cream cheese bombs in them, which make them well worth waking up early for.

Bonus tip: If you prep every single possible ingredient before starting the actual cooking process, your feelings about cooking might change. Except when making pasta. Start the pasta cooking first, always. But seriously, put all your spices into little bowls, chop the herbs, measure out the broths and stocks. It makes everything go smoothly, and you’ll feel like you have your own cooking show.