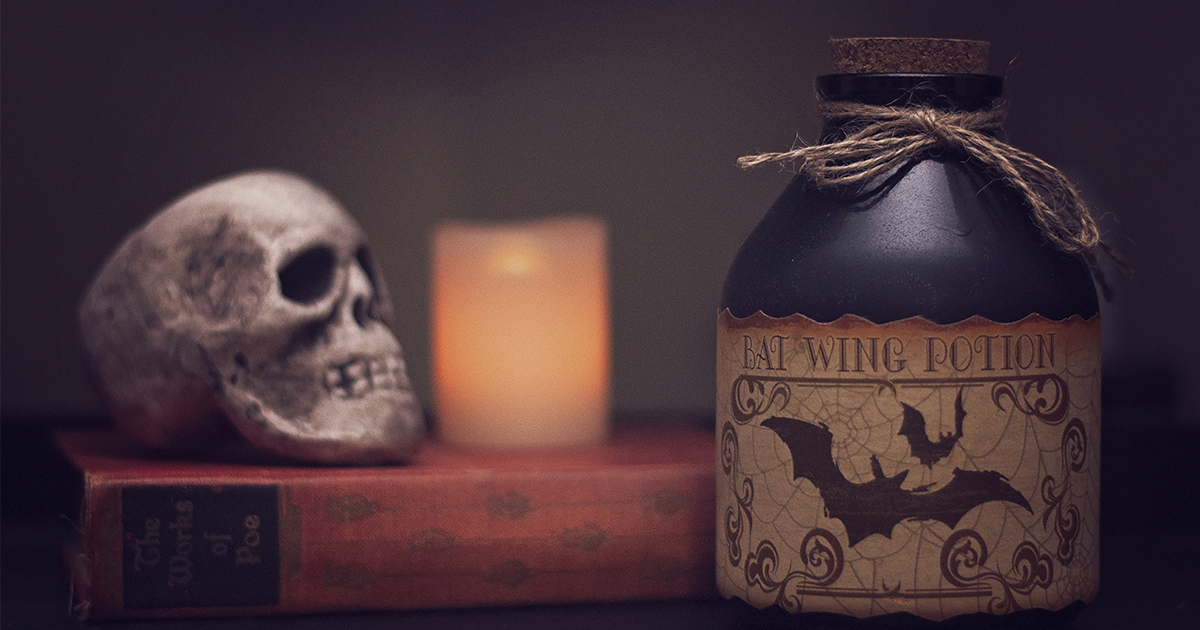 ‘Tis the season for truly bewitching stories. Here are our picks for new graphic novels filled with witches, magic, curses, and more! 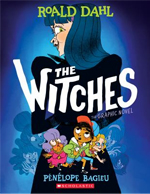 THE WITCHES
By Roald Dahl
Illustrated by Penelope Bagieu
(2020)

Real witches are all around us. You might never know it, though, because they’re in disguise. They wear gloves to hide their crooked fingers, wigs to cover their scaly bald heads, and perfume to cover the stench of the thing they hate most – children! In this full-color graphic novel adaptation of Roald Dahl’s darkly humorous classic, an eight-year-old boy travels to a seaside resort with this grandmama where he encounters all of the witches in England and goes head-to-head with the Grand High Witch. Eisner-winning artist Penelope Bagieu brings a quirky sense of child-like fun to a classic spooky story. 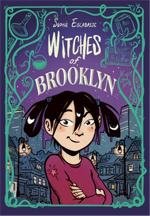 WITCHES OF BROOKLYN
By Sophie Escabasse
(2020)

In the middle of the night, Effie, who has just lost her mother, is brought to live with her elderly aunts she’s never met. Her aunts, named Carlota and Selimene, run a holistic healing practice from their Brooklyn home, specializing in acupuncture, healing herbs, and more. Not long after Effie arrives, the aunts get another surprise visitor – Tilly Shoo, the biggest pop-star on the planet, who has been cursed with a bright-red face and needs their help. Luckily, Carlota and Selimene are more than just healers – they are witches, and it apparently runs in the family. A heartfelt series opener and a celebration of good witches everywhere. 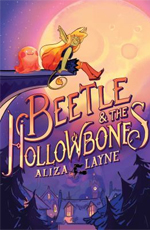 Beetle is a 12-year-old goblin who has grown pretty tired of staying at home learning goblin magic with her grandma, the town witch. She longs to go to school to learn sorcery – like her old friend Kat Hollowbone, who has just returned from a prestigious boarding school. Beetle and Kat struggle to pick up where they left off, as new feelings seem to change the relationship between the two girls. This is only made more complicated by Kat’s aunt, Marla, an ambitious and powerful sorceress who longs to return their town to the way it was generations before – with a Hollowbone as town witch and the Hollowbone home on the site of the town mall. The mall to which Beetle’s best friend Blob Ghost is tied. For older middle grade readers, this is a colorful and unexpected coming of age story featuring a diversely witchy world. 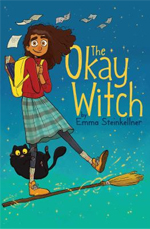 THE OKAY WITCH
By Emma Steinkellner
(2019)

Moth is… a little obsessed with witches. So imagine her excitement when she discovers that witches are real, and she is one! In fact, Moth is descended from a long line of witches in her hometown of Founders Bluff, Mass. Her mother, a witch who gave up her own powers during the witch hunts in 1692, warns Moth never to use her powers. In an act of rebellion, Moth decides to teach herself magic by stealing her mom’s diary which inadvertently transports her to the magical realm of Hecate where their family’s coven escaped. Touching on serious topics like racism and misogyny, this middle grade graphic novel is as sophisticated as it is fun. Moth is a relatable and winning narrator and her familiar (a talking cat) adds comic relief throughout. 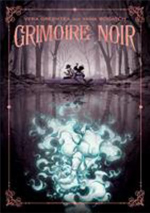 Blackwell was supposed to be a safe haven for witches. In Blackwell, women hold magical powers and their powers are protected by law, as long as they never leave Blackwell. Things seem idyllic. Then, fifteen-year-old Bucky Orson’s little sister Heidi goes missing. His dad, the town sheriff, can’t work around town politics to investigate the case and his mother becomes so bereaved that torrential downpours start to flood Blackwell – a side effect of powers. With the help of his estranged friend Chamomille, Bucky takes the investigation into his own hands and uncovers centuries of hidden secrets in the meantime. This is a spooky and atmospheric witch-read, well suited for fall. As the title suggests, the story takes on a Noir quality with artwork to match – mostly black and white with dabs of colors. Appropriate for middle school readers and older.