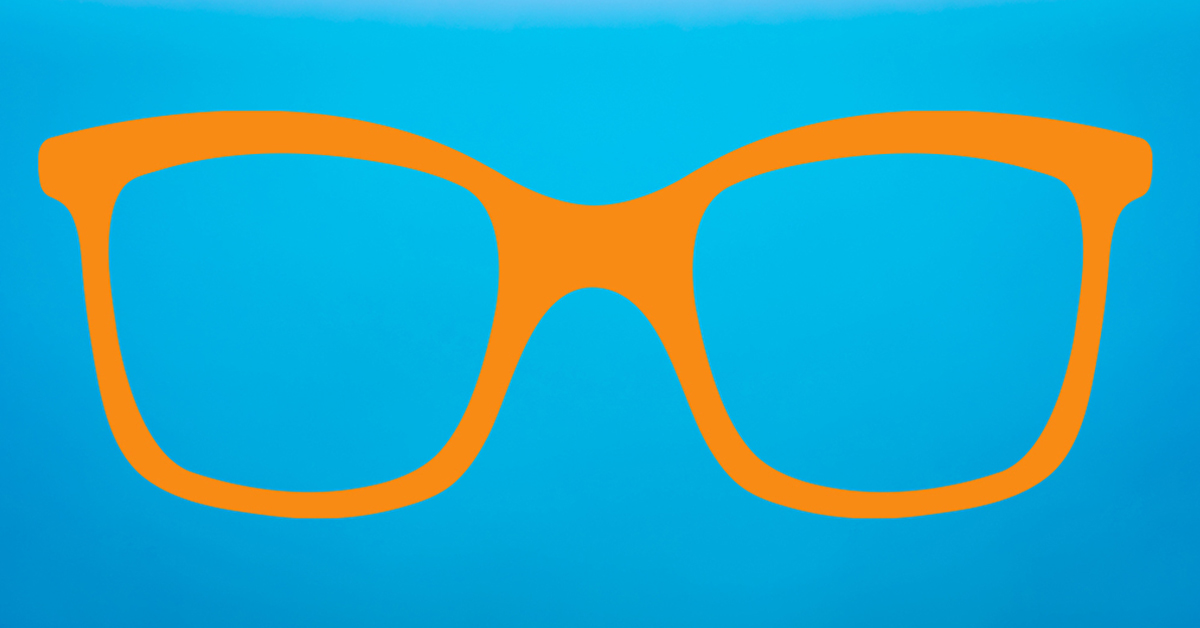 Parenting confession: my kids watch YouTube videos. A lot of YouTube videos. Some days, probably too many. If you are a parent that has succeeded in keeping toy unboxing videos, random family vlogs, and disembodied hands playing with children’s toys out of our life, I sincerely applaud you.

If you, like me, have resorted to some time with semi-creepy animated characters singing nursery rhymes (I’m looking at you, dead-eyed Little Baby Bum kids!) in order to make dinner or clean or just have a moment to yourself, this post is for you.

As I started writing this post, I realized that either I have too much to say about books or my kids watch way too many things (surprise! It’s both!). I’m going to split my responses into multiple installments. Today, we tackle Blippi.

When my oldest turned five, his interest in Blippi waned and I thought maybe we were rid of that bespectacled monster. Sadly, my two-year-old has taken up the mantle and is a die-hard fan. 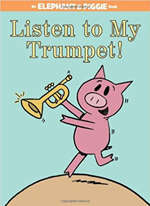 I could really have listed any of the Elephant and Piggie books. They are all a hit with my boys. This one is a favorite, though, because of all the hilarious sounds the reader needs to make as Piggie with a trumpet.

Mo Willems does so many great things with these books. The varied typography is genius, because even non-readers can see the shape, size, and color of the text and interpret the tone. My kids can always tell when a character is yelling, when they are sad, when they are excited. Add to that fact that Piggie is almost constantly in motion. She’s jumping, she’s cartwheeling, she’s flying around because someone else is yelling, she’s racing to get the next thing. Piggie is a kinetic character, and matches Blippi’s sometimes frenetic energy.

We’ve done enough repeat readings of these books that the two-year-old will narrate them to himself. So sometimes, when he asks for Blippi, we give him Piggie; usually, he doesn’t mind. 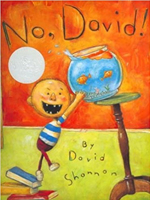 Similarly, I could list most David Shannon books here, but my toddler’s favorite is No, David. Again, there’s a goofiness here. David gives some (naughty) examples of ways to play. I’d like to think seeing David’s various “problem” behaviors lets my children live vicariously through him so they don’t have to do it themselves (they can enjoy David’s splashy bath without needing to have their own), but I think I’m delusional. I just also know that my boys think this book is hilarious. My five-year-old actually loves to voice the mother, and I worry that it’s an impression of me, and then I question all of my life choices. It’s fine.

Blippi fans might also very much enjoy DUCK ON A BIKE and DUCK ON A TRACTOR, because it’s a combination of vehicular travel, animal noises, and one plucky duck. 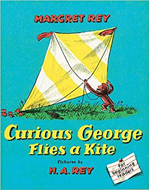 My final recommendation shouldn’t come as a huge surprise, but I think one of the appeals of Blippi for young kids is the way he explores lots of different places. He goes to aquariums and zoos, he goes to parks, he goes to play places. Sometimes he just goes to a grocery store or a car wash. Blippi does his best to make even ordinary places into spaces for exploration and play (did he have to do it in that voice, though?).

My favorite character for finding play in ordinary spaces is Curious George. I’m not even a snob about him; even though I love Margret and H.A. Rey’s original books, I also very much enjoy the PBS kids show and the numerous books to come out of it. I love George as a character, and I think he offers that creative exploration that kids are looking for when they turn to Blippi.