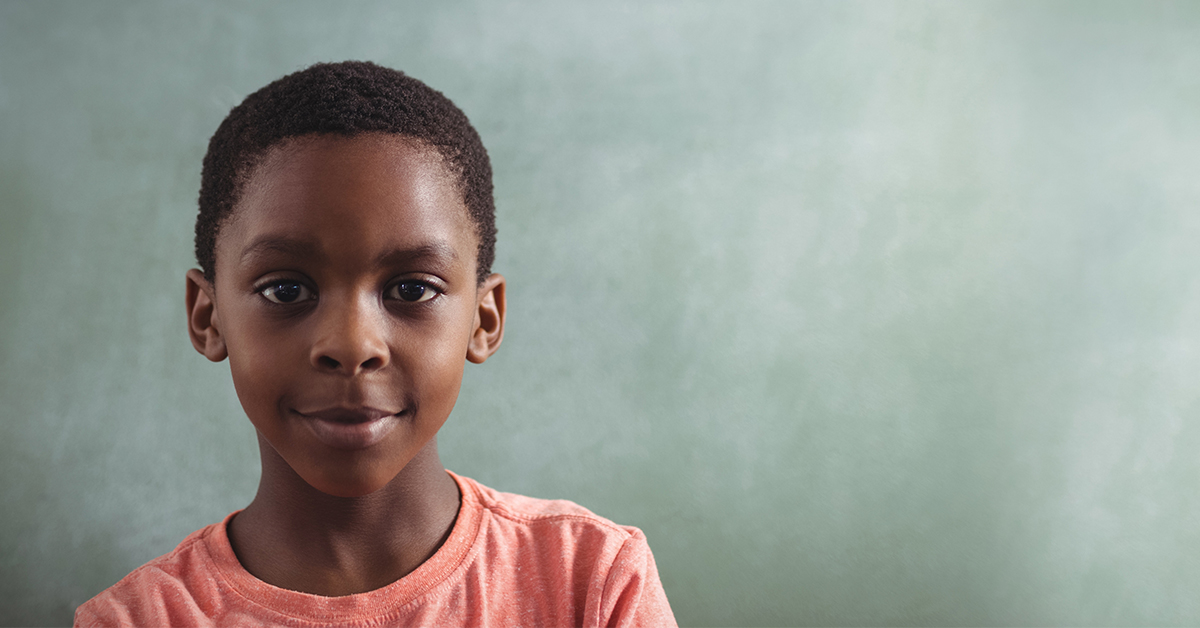 It is never too late or too early to have conversations with your children about racism, diversity, and inclusivity. If your kids are older, then you already know that they are eager for answers – especially as they are exposed to information they may find hard to process. Having open and honest discussions with your children about racism will encourage them to come to you with questions and worries. 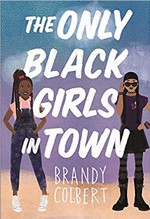 THE ONLY BLACK GIRLS IN TOWN
By Brandy Colbert
(2020)

Brandy Colbert, best known for her award-winning YA novels, makes her Middle Grade debut with this story about two girls who become fast friends in their quiet California beach town. Alberta is used to being the only Black girl in town, but she is thrilled when her dads bring home the news that a Black family with a daughter her same age is moving in across the street. As a goth from Brooklyn, Edie is pretty different from Alberta, but the two become friends while bonding over shifting family dynamics, microaggressions at school and middle school mean girls hurling racist taunts. Their bond is strengthened when they find some mysterious old journals in Edie’s attic and work together to uncover a major secret.

This friendship story centers two well-characterized Black girls in a way that is realistic and wholly welcome. And, the added mystery of the old journals is able to introduce events central to Black history in a way that transcends time. 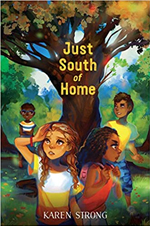 Sarah is expecting the worst when she finds out her cousin Janie is being sent from Chicago to spend the summer in Sarah’s rural Georgia hometown. Sarah wanted to spend the summer studying astronomy and bossing around her younger brother, not dealing with Janie and her proclivity for shoplifting. Things go from bad to worse when Janie steals a necklace from the ruins of Creek Church, an old church burned down by the Ku Klux Klan, and accidentally awakens the restless spirits buried there. The three kids, along with their friend Jasper, must help their town acknowledge it’s unsettling and racist history to allow these ghosts, called haints, to rest.

This ghost story is just the right amount of spooky while helping readers understand how ignoring a painful past can come back to haunt us. 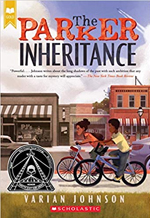 THE PARKER INHERITANCE
By Varian Johnson
(2018)

After her parent’s divorce, Candice and her mother are spending the summer at her late grandmother’s home in Lambert, South Carolina. While digging around her grandmother’s old things, she finds a letter that offers a hint to why her grandmother, as city-manager, tore up the town’s tennis courts in pursuit of buried treasure – ultimately losing her job. Now Candice, with her bookish neighbor Brandon, is on a quest to find the treasure, restore her grandmother’s reputation, and uncover a decades-old mystery that includes acts of racial violence against a Black family that threatened the status quo.

This is a perfect mystery for any reader who loved THE WESTING GAME and gives compelling arguments against standing by and doing nothing. This Coretta Scott King honor book is a satisfying exploration of racism that gives young readers a lot to discuss about injustice. 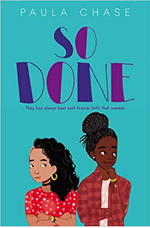 After a summer apart, Tai is excited for her best friend Jamila to return from her aunt’s house in the suburbs. Tai and Mila have been inseparable since they were toddlers, but lately Mila has been acting weird. And though Mila is happy to be home with her dad and brothers, she sort of wishes her dad would send her to live in the suburbs forever like her older sister – that way she wouldn’t have to stress about her dance audition for the new Talented and Gifted Program or about accidentally revealing her secret to someone. Especially to Tae.

Told in dual-perspective with alternating chapters Tai and Mila come to life in a way that reminds readers that we don’t usually know the whole story. This is a brave book that doesn’t shy away from real issues that worry many young people. But this #ownvoices story (and its follow-up DOUGH BOYS provides a window into a very different world. Perfect for fans of Jason Reynolds or Angie Thomas. 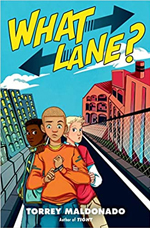 Stephen has always thought of himself as “mixed” – but it hasn’t really mattered that much before. But recently, Stephen feels caught between two lanes and then he starts to notice that some people treat him differently than his white friends. Then, Stephen discovers the Black Lives Matter movement at school, and begins to realize the racism he experiences everyday in interactions with strangers, shopkeepers, or his best friend Dan’s racist cousin Chad. Stephen does his part to make his classmates aware of injustices Black people face everyday while trying to avoid being cornered into one lane.

This slim novel is at times hopeful and heartbreaking. As a white reader, this book was eye-opening – following along with a biracial boy as he comes to the realization that people will hate him because of the color of his skin and that hate can bring dire consequences. This book is a great conversation starter about racial profiling, police violence against Black people and allyship – through the eyes of a brave, young protagonist.