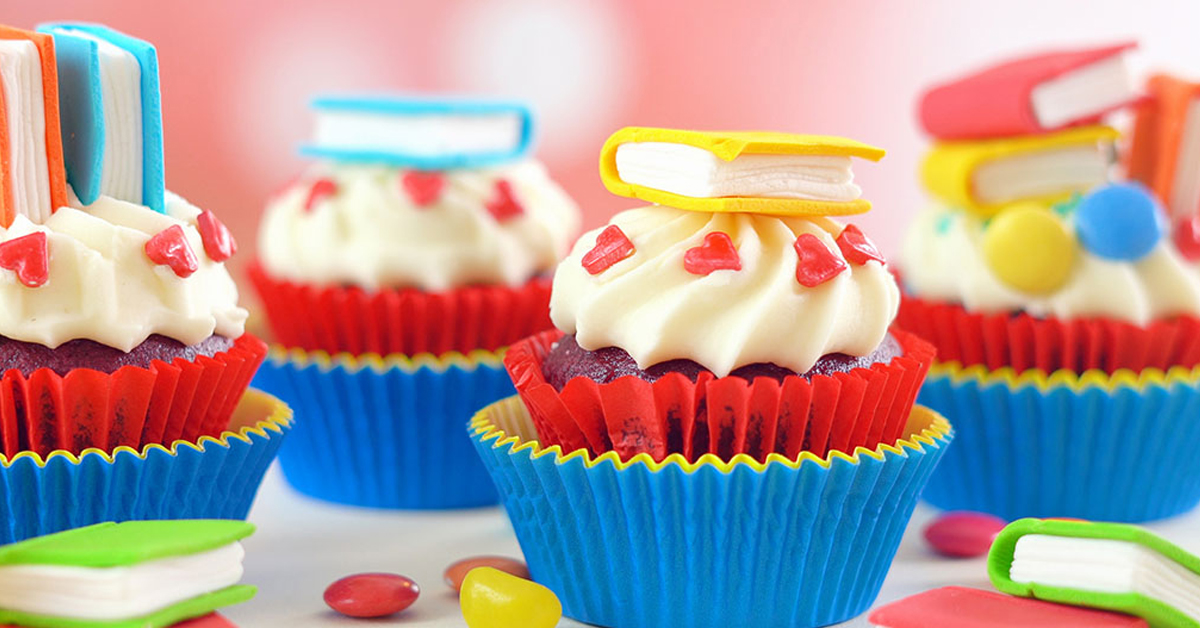 I’m going to admit something right now: I like fluffy books. Fluffy books are like literary candy. The best ones are a good combination of salty and sweet, like salted caramel or anything with peanut butter and chocolate. What I call a fluffy book sometimes goes by other names: Chick Lit, Rom Com, Beach Reads.

Are you in the fluffy reads club? Wear it proudly. There are times when we need to engage in challenging subjects through the books we read; times we want to be stretched, to learn, to grow, to think about our humanity and all its broken glory. But also, sometimes you just need some candy. Eat the candy, read the fluffy book. It will all be fine.

I’m on a constant quest for the perfect fluffy book, and though I keep trying books by other authors I just keep coming back to Sophie Kinsella. She is simply the best at finding that balance between romance and comedy. Her books are fully of funny dialogue and some really memorable slapstick, and I’m frankly shocked that more of them haven’t been made into movies. In no particular order, here are my five favorite Sophie Kinsella novels to satisfy your cravings for a fluffy book.

(Also, because your idea of good candy and my idea of good candy might be different, I’m including a brief content advisory with each title. Many of Kinsella’s books do include some language and some more-than-kissing romantic scenes.) 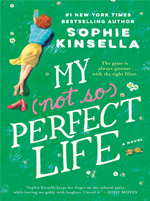 MY NOT SO PERFECT LIFE
By Sophie Kinsella
(2017)

This was the first book I ever read by Sophie Kinsella, and it remains one of my favorites. It checks so many great rom-com/workplace comedy boxes. Plucky heroine? Yep. Hot and cold feelings toward a potential suitor? Yep! Swamp fight? Like all great romances, of course!

Our heroine, Katie, is working her way up in her company while cultivating a not-quite-accurate Instagram account of her “perfect” life. When she’s suddenly fired, she moves home to the countryside to find that her parents are turning their farm into a glamping retreat. As the retreat takes off, any guesses as to who might be one of the first guests? If you guessed “Katie’s intimidating and aloof former employer”, you’ve clearly done your homework on the genre.

This one's got a real Devil Wears Prada vibe, and I thoroughly enjoyed the romp through crappy flats and beautiful glamp-grounds.

Content advisory: some language, some PG-13 sex (as in we know it's going to happen and then fade to black and it happened), and a fair amount of late-20s "How am I going to make this life work?!?!" angst. 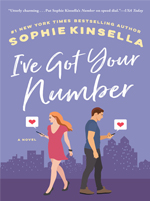 The premise of this book is kind of wacky—after losing her engagement ring and her phone on the same day, Poppy Wyatt discovers a phone in a hotel trashcan and takes it for her own. She soon realizes that it’s the phone of a personal assistant to businessman Sam Roxton, and rather than doing the sensible thing and simply cancelling the phone and hiring a new assistant, Sam inexplicably allows Poppy to keep the phone and read and reply to his business emails.

Once you get past that slightly unbelievable premise, this book is delightful. Though the end result is completely predictable, the ways that we get there are surprising. I love that this is as much a story about company intrigue as it is about love and relationships. I love the scene of Poppy cheating at Scrabble with her future in-laws; I love the way each of our protagonists have something to learn from the other, and that it's a relationship that builds by working together.

Content advisory: some language, some mentions of sex, and lots of mentions of outdated Blackberry devices. 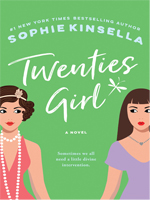 How is this one not a movie yet? The clothes alone would make it fabulous. When Lara's great aunt passes away, the family attends her poorly organized, sad funeral out of obligation. Like many Kinsella heroines, Lara is struggling in her career and her personal life. While other family members are talking about inheriting the aunt's belongings, Lara inherits something much more inconvenient: Sadie, the permanently 23-year-old ghost of her great aunt.

Sadie is feisty and hilarious and makes a comic mess of Lara's life before helping her pick up the pieces. And the clothes. The clothes! My imagination makes them beautiful and I want them all.

Content warnings: some language, some mentions of sex, some jokes about all the places and things Sadie's ghost can see, and plot points that revolve around portraiture. 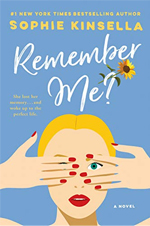 REMEMBER ME
By Sophie Kinsella
(2008)

Lexi is a salesperson at a flooring company with slightly wonky teeth, no end-of-year bonus, a loser boyfriend (who everyone literally calls Loser Dave. To his face. I'm not sure why he's okay with this.), and her dad's funeral to attend the next day. She attempts to hail a taxi in the rain after a few too many banana cocktails (I don't drink but these sound gross), and hits her head. When she wakes up in the hospital, her teeth are straight, her hair is great, she's got a designer bag and a wedding ring on her finger.

It turns out she's been in a car accident and has forgotten the last three years, and those three years have been monumental. Things she's forgotten: her stint on a reality show, her marriage to a rich, handsome man, and her falling out with all her best friends.

Lexi's attempts to put together the pieces of her life are mostly heart-warming and hilarious. This book does have a bit more substance than some Kinsella novels I've enjoyed, but it's still a fast, fun read. As Lexi tries to place herself in her new life, she finds herself asking big questions about her own priorities. Is power more important than friendship? Is money more important than love? Have her choices over the last few years been soul-saving or soul-sucking?

Content: some sexual references, some language, lavish descriptions of "loft-style living", and one tropical fish incident that didn't live up to its full comic potential. 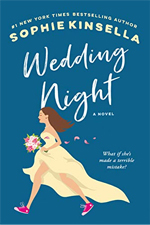 I leave you with possibly the most ridiculous Kinsella novel. It is so silly. It is so ridiculous. It’s another one that would make a hilarious movie.

Lottie is rebounding from a breakup and impulsively marries an old flame; her sister, Felicity, is in a middle of a messy divorce and wants to try to save Lottie from what she knows will be a terrible decision. So, of course, the most logical way for her to do this is to bribe a hotel concierge to egregiously interfere in Lottie's....honeymoon activities...so that Lottie can annul the marriage after she comes to her senses.

Are there plot holes? Sure! Is it ridiculous? Absolutely! Did I laugh out loud at an ill-fated couples massage? Yes, yes I did.

Here are some things to be aware of: there's quite a bit of language, quite a bit of talking about (but not actually having, because that's kind of the point of the book) sex, and a fair amount of sisterly exasperation.