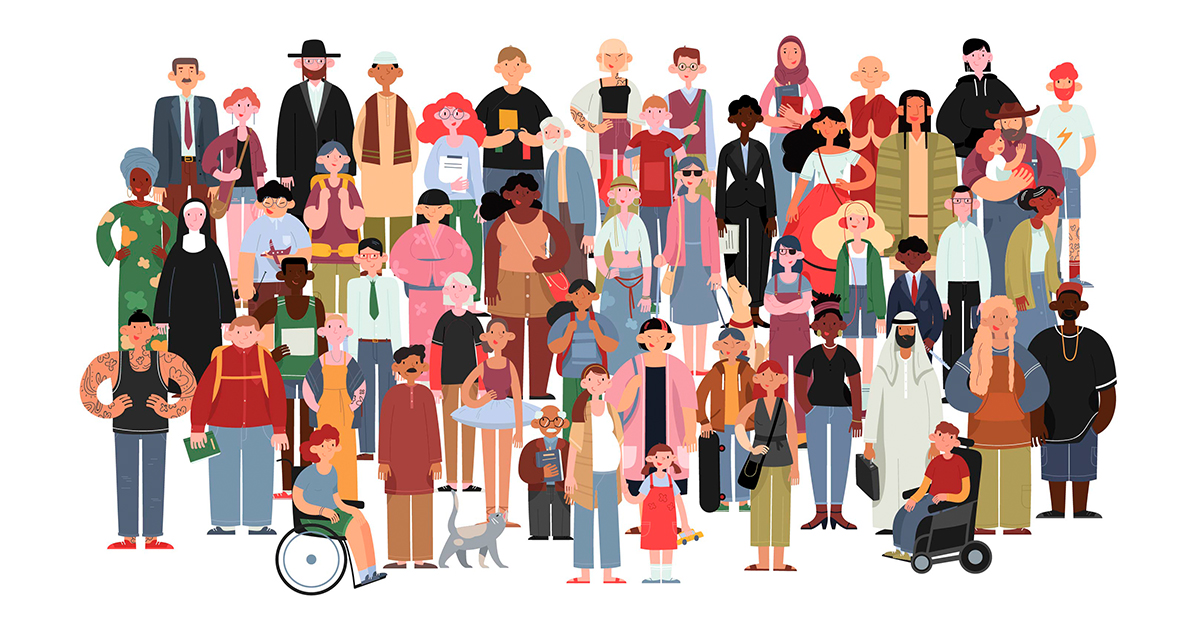 What is your favorite book?

As a librarian, I get asked this all the time. It’s a tough question, I know. And it’s okay to have more than one answer! But indulge me for a moment, and think of a favorite book or two.

Why are these books our favorites? What is it about them that makes us like them?

Often, I enjoy books I can relate to. It doesn’t have to be an exact replica of my life -- in fact, that might be pretty boring. But there’s a special something when I can relate to the characters, locations, and events in a book. The similarities I have with Harry Potter, for example, help me enjoy his adventures in magic.

But some groups of people are not represented proportionately in literature. For example, the multicultural publisher Lee and Low Books released an infographic in May of 2018 based on statistics provided by the Cooperative Children’s Book Center. Despite the fact that 37% of the United States’ population are people of color (other races besides white), only 10% of children’s books published since 1994 have authors, characters, or content who are Native or people of color. 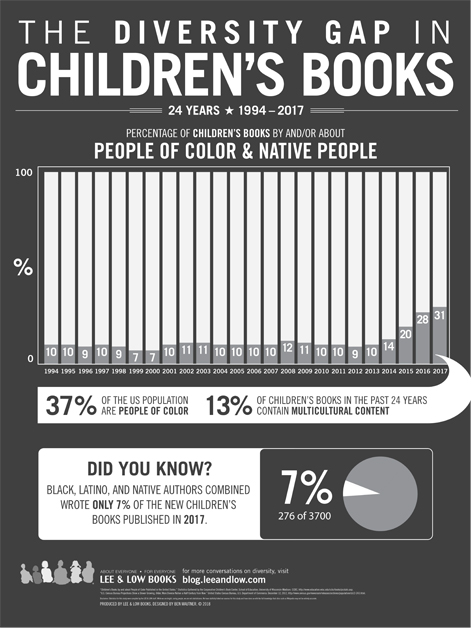 Why are so many voices silenced or ignored in literature? There may not be clear answers, but everyone deserves to have their voice heard and to see themselves in the pages of a book. Reluctant readers are more likely to become enthusiastic about reading when they can relate to the books they read.

In her 1980 article titled “Mirrors, Windows, and Sliding Glass Doors,” Dr. Rudine Sims Bishop focuses on children of color who see the world through the “windows” of books they read; however, the world they see in literature is very different from the one they live in. Bishop said, “When children cannot find themselves reflected in the books they read, or when the images they see are distorted, negative, or laughable, they learn a powerful lesson about how they are devalued in the society of which they are a part.”1

On the flip side of the coin, white children also suffer when they are kept from the nature of the world they live in by the underrepresentation of other races in literature. All can benefit from the richness of human diversity; after all, variety is the spice of life. Below is a list of books I personally have read that were written by or about people of color or people from multicultural backgrounds.

This post is the first installment of Diverse Reads, a series that gathers books with diverse characters or authors: people who are LGBTQIA+, Native, people of color, gender diverse, people with disabilities, or ethnic, cultural, or religious minorities. I hope that these books help open a window for you into other worldviews. 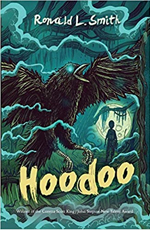 In 1930s Alabama, twelve-year-old Hoodoo Hatcher is the only member of his family who seems unable to practice folk magic, but when a mysterious man called the Stranger puts the entire town at risk from his black magic, Hoodoo must learn to conjure to defeat him. This book shows various elements of African-American culture that is often skimmed over or ignored, most notably folk magic. 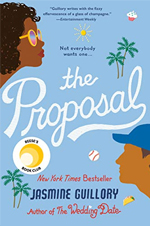 THE PROPOSAL
By Jasmine Guillory
(2018)

When freelance writer Nikole Paterson is unexpectedly proposed to at a Dodgers game, stranger Carlos Ibarra and his sister rescue her from the awkward situation and the prying camera crews. Nikole hooks up with Carlos for a casual relationship, but finds herself falling harder for him than she ever imagined. A superb example of representation (with a black main character, a Latino love interest, a black lesbian side character, and a Korean side character), this book showcases the racial melting pot of modern-day Los Angeles.

Handa carries seven delicious fruits to her friend Akeyo as a surprise. But thanks to some hungry animals she meets along the way, it's Handa who's in for a surprise! Giving an insight into Luo people of sub-Saharan Africa, this older work depicts the flora and fauna of an environment that may be foreign to many Western readers. 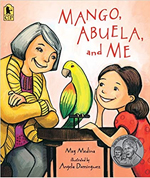 When Mia's abuela moves in with Mia and her parents in the city, Abuela can't read the English words in Mia's bedtime stories. While they cook, Mia helps her grandmother learn English. However, it is still hard for Abuela to learn the words she needs to tell Mia all her stories. But a colorful parrot named Mango might bring an unexpected solution to their communication problem. This book accurately portrays the cross-generational language barrier that often arises in Latinx immigrant families, like my own. 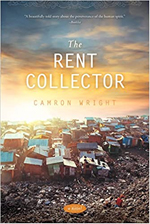 THE RENT COLLECTOR
By Camron Wright
(2012)

Sang Ly struggles to survive by picking through garbage in Cambodia's largest municipal dump. Under threat of eviction by an embittered old drunk who is charged with collecting rents from the poor of Stung Meanchey, Sang Ly embarks on a desperate journey to save her ailing son from a life of ignorance and poverty. This book shows a rare view of the extreme poverty rampant in contemporary Southeast Asia. 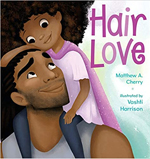 A little girl's daddy steps in to help her arrange her curly, coiling, wild hair into styles that allow her to be her natural, beautiful self. This book highlights and extolls elements of Black culture that are often ignored or even treated derisively in mainstream media.