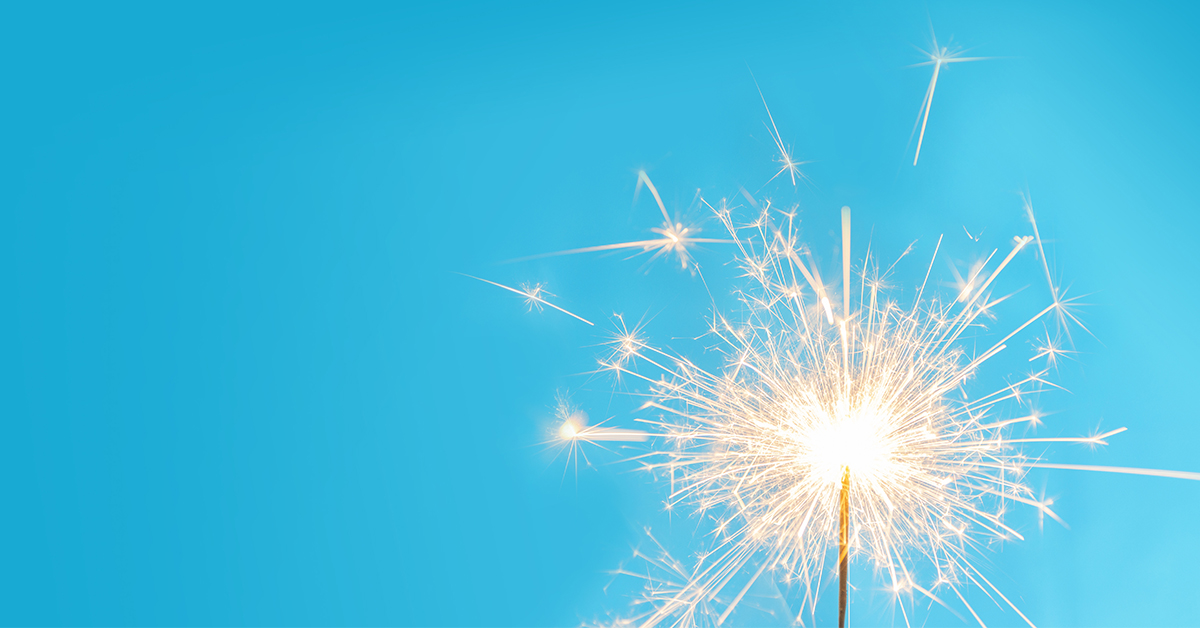 It's time for a little more in-depth discussion of all things Liane Moriarty! Last week I ranked Moriarty novels from the good to the better, and now I'm back for the best of the best. 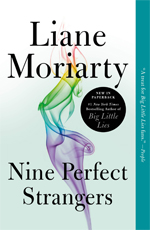 NINE PERFECT STRANGERS absolutely should not work as a book. Though it’s about nine people at health resort, the book takes the perspective of eleven different characters, and that’s really too many. There is very little in the way of plot; in fact, I’m going to give you the entire plot of the book right here: Nine people go to a health retreat to attempt to detox and fix various problems in their lives. At the end, they go home. There you go! There’s the whole plot!

But, of course, that’s not the whole book. This one’s actually pretty polarizing, because if you love a Moriarty book for the character complexity and backstory, you’ll love this one. If you love her books for the plot and the mysteries, there’s a good chance you’ll hate it. I’m in it for the characters, so I’m all in for this one. The writing is wonderful; the characters are distinct and interesting and I’m here for all of their drama and all of their non-conventional healing.

There's not so much of a driving mystery in this one like you'll find in BIG LITTLE LIES or TRULY MADLY GUILTY, but I finished it in two days and I work full time and have two small children that I still spent time with so I think it's safe to describe it as un-put-down-able (a phrase I’m actually surprised I haven’t used yet in this list, as it fairly well describes all Moriarty’s books for me). 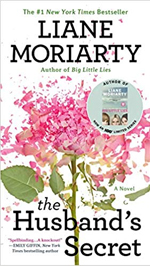 This one is probably Moriarty’s second-best-known book, and it’s great. If you’re interested in her books because you love a good domestic mystery, you’ll like this one.

Celia Fitzpatrick seems to have it all together, but when she finds a letter from her husband to be opened in the event of his death, her life—and the lives of two other women—are inevitably turned upside down, as the letter contains her husband’s deepest, darkest secret, and that secret affects them all in various ways. Celia’s husband—who is still very much alive—begs her not to read the letter, but I’m just going to spoil it for you, she does. And things change.

THE HUSBAND’S SECRET follows three women and their lives, and though one of them feels only tangentially related to the other two, they’re still all interesting stories to explore. I would read a novel about any one of these women, so getting to hear from all three of them is great.

Here are some of the things in store for you if you read this book: a murder investigation gone cold; marital intrigue; inexplicably successful Tupperware parties; snooty private school parents; hot cross buns. And, of course, all the things that a Moriarty fan will love about Moriarty novels: great internal dialogue, witty banter between characters, juicy secrets, and complicated relationships. 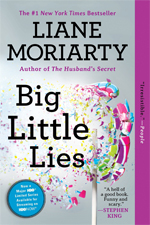 For many people, this is the first (and only) book they read by Liana Moriarty, and I can’t say that I can argue with that. This should be the first one you read, even though it’s not my very favorite.

BIG LITTLE LIES has all the things going for it: three intertwined stories of women in differing circumstances; a big driving mystery; unlikely connections between characters; drama, drama, drama. It’s easy to see why this is the one that was picked up to be an HBO miniseries (which I refuse to see because there are a few things in the book that I don’t want to see on a screen, and also because I know of at least one notable change they made in one of the character’s lives and I AM NOT OKAY WITH IT). The writing is Moriarty at her best, and the fact that this is the book she’s known for doesn’t bother me at all.

One of my favorite things about BIG LITTLE LIES is the way that the scale of the drama changes for each character. There’s Madeline, who is dealing with sort of typical family drama: her teenage daughter is starting to prefer spending time with Madeline’s ex-husband and his new Yogini wife, and Madeline is feeling (understandably) betrayed by the situation. There’s beautiful, wealthy Celeste, whose life looks perfect from the outside but inside is filled with domestic abuse. And then there’s Jane, a young single mom harboring secrets she won’t share and connected to these women in ways none of them realize. The drama in the book isn’t always drama with a capital “D”; we have characters upset about abuse, and we have characters upset about teenage angst, and none of it is trivialized.

If you’re going to read one, it should be this one. But I urge you to read at least two, because next on the list we’ve got… 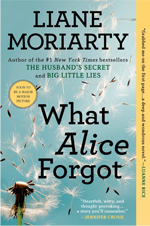 And that leaves me with what has ended up being one of my favorite books ever, because in addition to containing all the things I love about a typical Moriarty novel, this one has a significant amount of substance and the ability to cause you to examine your own life and relationships and think about how you treat those closest to you. It shows us that relationships take work, but that it’s the kind of work that’s most worth doing.

Here’s the premise: When Alice is 39 years old, she falls and hits her head and completely forgets the last 10 years of her life. When she wakes up, she thinks that she is 29, madly in love with her husband, and expecting her first child. To her surprise, she finds herself in a thinner body, in the middle of a messy divorce, and the mother of three children she does not know.

If anyone tells you this isn’t Moriarty’s best book, they are just wrong. Watching Alice come to terms with herself and her life, and trying to uncover how her relationships have or have not changed in the 10 years that she’s forgotten is at times hilarious but mostly just thought-provoking. You find yourself coming back to the same questions she’s asking: “What have I done in the last 10 years? Would 10-years-ago-me even recognize this life I’ve built? Would I be proud? Ashamed? How will the next 10 years change me?”

There is a bit of a mystery in this book, and there is certainly family drama, but it’s really on a smaller scale, and it’s all the more profound for it. The experience ends up transforming Alice’s life for the better, just as I promise reading it will transform yours.