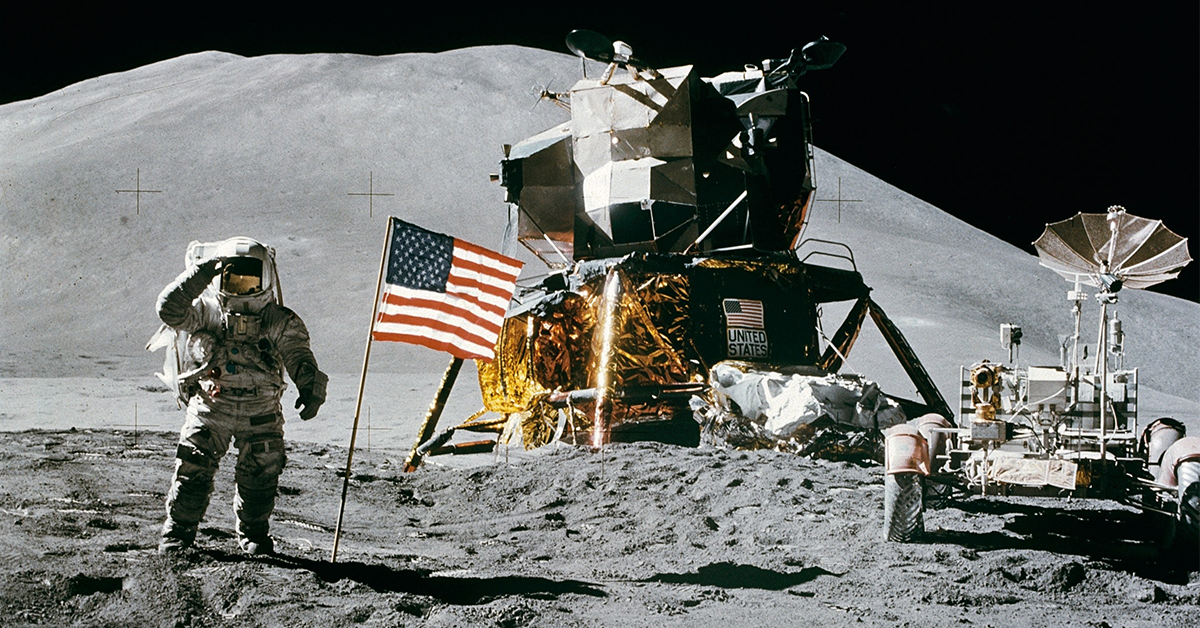 By now, most people are probably aware that 2019 marks the 50th anniversary of the first moon landing on July 20, 1969. Many moments in history are forgotten or their anniversaries are overhyped. Other moments, like the moon landing, really are a Big Fat Deal – even fifty years later. As we celebrate this lunar anniversary, here are some books all about the moon landings for even the youngest readers. 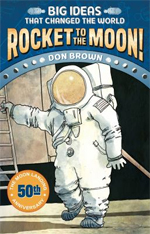 This nonfiction comic book tells the story of the Apollo 11 mission, and not just the story of Neil Armstrong and Buzz Aldrin. This well-illustrated book is more than an introduction to lunar travel – it takes readers on a journey through the history of rockets and fleshes out the story with less-known details of the famous mission. All of this rolled into a bite-sized graphic novel good for kids or older readers. 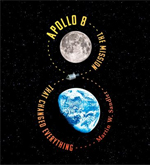 APOLLO 8: THE MISSION THAT CHANGED EVERYTHING
By Martin W. Sandler
(2018)

This book is a little different, because it isn’t about Apollo 11 – the mission that resulted in the first lunar landing. Instead, this is the story of Apollo 8 the first manned spacecraft to leave Earth’s orbit and circle the moon. With a good overview of the Cold War and space race, this book gives historical context to the lunar missions that young readers may not know. This book is also filled with full-color photographs including the famous Earthrise.

THE FAR SIDE OF THE MOON: THE STORY OF APOLLO 11’S THIRD MAN
By Alexander Irvine
Illustrated by Ben Bishop
(2017)

Another nonfiction comic book, this very small little number focuses almost entirely on the third member of Apollo 11’s crew – Michael Collins, the one who never set foot on the moon. He doesn’t always get a lot of credit, but this book honors his essential role in the mission; orbiting the moon, keeping the command module functioning, and getting everyone home safely. In a limited palette of black, white, and deep purple we see the details of the moon landing play out with stark reality. 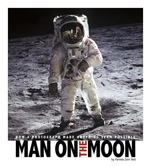 MAN ON THE MOON: HOW A PHOTOGRAPH MADE ANYTHING SEEM POSSIBLE
By Pamela Dell
(2011)

We might forget, fifty years later, that the world was watching Neil Armstrong and Buzz Aldrin take their first steps on the moon. We might forget that for so long this had seemed completely impossible – it was a moment that changed the world. The photograph of Buzz Aldrin in his spacesuit on the moon was called one of the 100 photographs that changed the world by Time magazine. This book is all about the legacy of that picture and just what it took to get there. A totally unique lens through which to view the past. 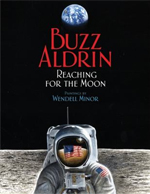 Written in first person by Buzz Aldrin, this book has a personal touch that few books about the lunar landing can offer. This picture book autobiography is an unusual look at space travel told with lots of personal detail and heart. Illustrations throughout offer new vantages on an iconic moment in history, all culminating with the words left by Aldrin and Armstrong on the moon:

“Here men from the planet earth
First set foot upon the moon
July 1969. A.D.
We came in peace for all mankind.”