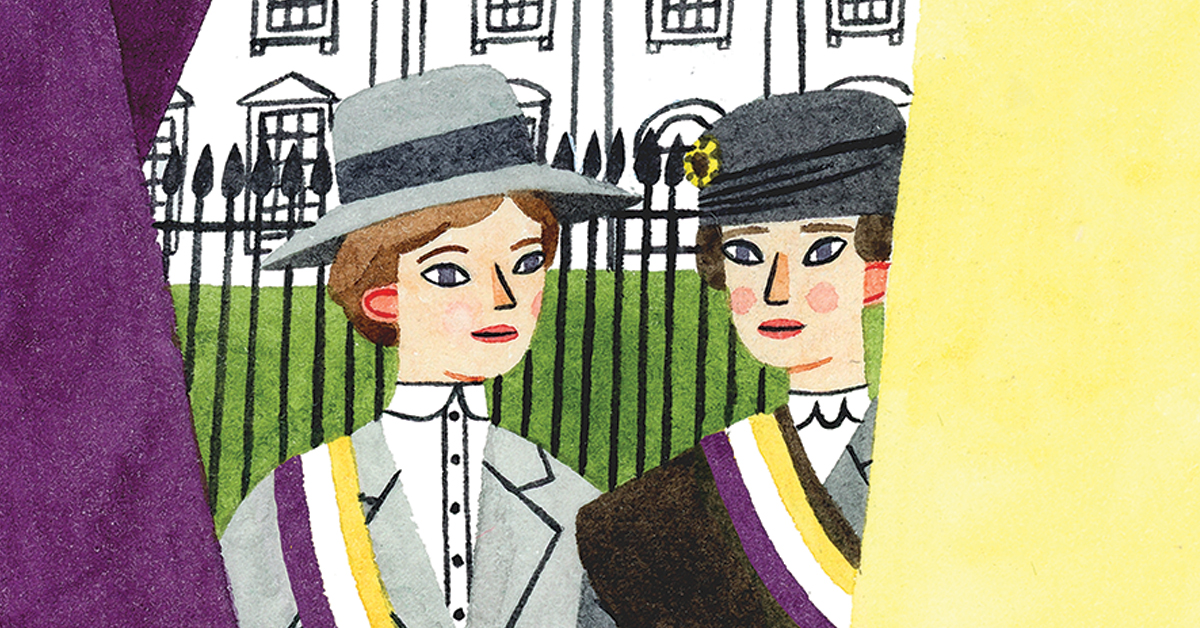 Women have been shaking things up in Utah since before it was even officially a state! Utah women were some of the earliest participants in the fight for women’s voting rights, they helped establish settlements and whole cities as Utah’s population grew, advocated and supplied funding for education and commerce, were active participants in the realms of art, theater, and entertainment, and have long had a hand in government and lawmaking in our great state. Basically, Utah would not be what it is without them!

For Monday's blog post and today's, we’ve compiled a list of notable books about some of these female movers and shakers. Since March is Women’s History Month and the library is hosting a Utah women's history lecture by Better Days 2020 tonight, there’s no better time to use the resources the library provides to learn more about some of the women whose contributions make Utah such a great place to live. 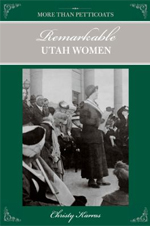 Maybe you want to know more about notable female figures from Utah’s history, but don’t know where to start? Look no further than More Than Petticoats! Containing 12 succinct bios of notable Utah women, this book covers ladies from all walks of life, including Mormon and non-Mormon settlers, polygamy advocates and opponents, actresses who would go on to originate iconic roles, wild western women, and even a notorious “madam” (with a heart of gold, of course). These women broke through social and cultural norms of the day to better the experience of those around them and influence the path of women going forward, both in Utah and beyond.

This title is available as a set for Book Clubs and the broad topics and varied lives and statuses of the book’s subjects lend themselves well to discussion. You can check out our Book Club set here. 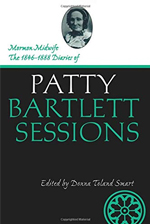 Though the above mentioned MORE THAN PETTICOATS book gives Patty Barlett Sessions a chapter, this compilation of her journals is a wonderful deep dive into her life. Patty was a midwife who delivered thousands of babies, and hundreds of these were first generation Utahans. She was appointed by Brigham Young to accompany the first trek of pioneers to the Salt Lake Valley. She administered to the sick and even performed deliveries of babies along the trail.

We know so much about her because she was a prolific journal writer, keeping records of the goings on of the day until she was 92 years old. Her entries are very matter of fact and to the point, but give valuable insight into what life was like for her, and other early Utah settlers, especially women. In addition to medical treatments and her midwifery, she planted some of Utah’s first orchards from cuttings, helped found a women’s organization in the Mormon church called the “Relief Society,” and was an early investor in the “Zion’s Cooperative Mercantile Institution” (ZCMI). Patty used the proceeds she gained from this to open a school, where she also taught classes-- at age 88. 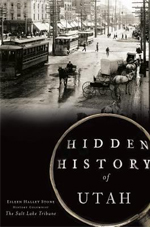 Author and historian Eileen Hallet Stone is a Utah transplant but is nonetheless a notable woman herself! Her work uncovering hidden and forgotten Utah history stories are documented in this compilation of 58 articles she wrote for her Salt Lake Tribune column called “Living History." While not every article in this book is about women, many that are include eye catching front page worthy titles like “Physic Widow Founded Spiritualist Utopia” and “1890s, Utah’s Women Found Freedom on Bicycles."

She includes well researched chapters on the suffragette movement in Utah, women homesteaders (including one with ties to Butch Cassidy), and Utah women’s contributions as pilots and “Rosies” during World War II. This is a gem of a book where you’ll discover many delightful and heartening stories about lesser known historical figures from Utah’s past.