Michael J. Sullivan, a Fantasy Author You're Going to Love 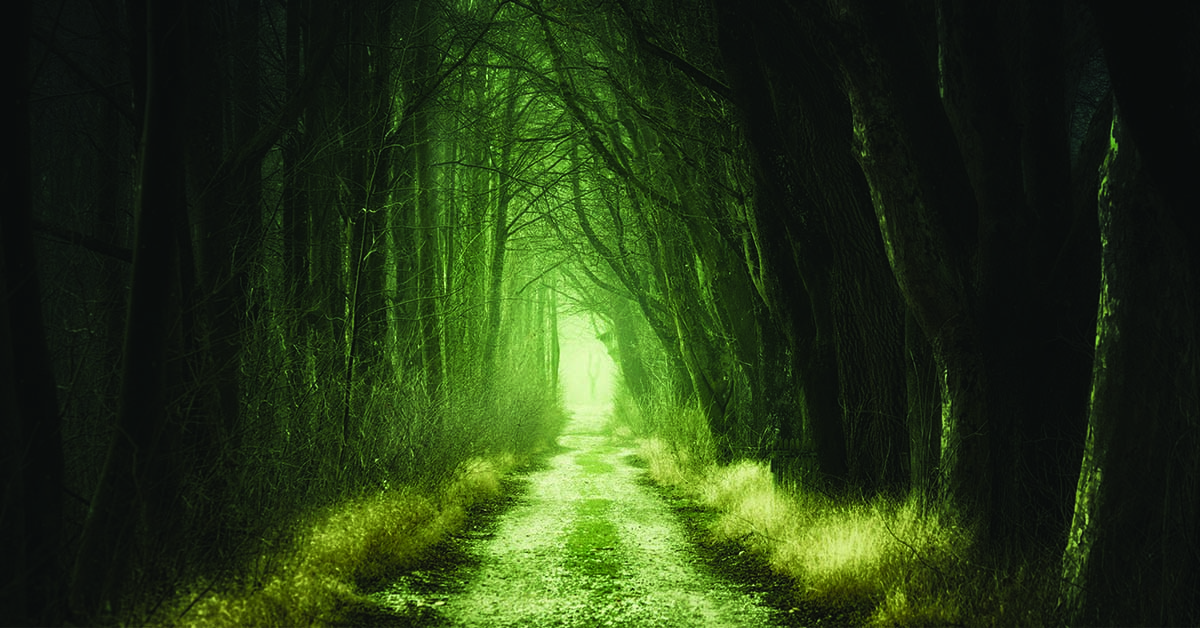 My father and I have a special kind of two person book club. The two of us read the same books (usually ones that he’ll find for me) and then we nerd out about them together. One day when we were searching for a new fantasy novel, he came across an author who was advertising the fact that his books are all the fun of fantasy without any of the explicit stuff. We jumped on board, and thank goodness we did.

If you have heard of Michael J. Sullivan, I wouldn’t be surprised. His latest series THE LEGENDS OF THE FIRST EMPIRE has become a hit, especially in the fantasy community. If you haven’t heard of him, then stick around, because you are about to meet your new favorite author.

Sullivan has written a full series and is in the middle of two more, all of which are set in the same magical world called Elan. The feeling of the novels is very Tolkienesque, fit with elves, dwarves, and wizards, but also with his own great twists. He weaves his story with myths, legends, and religions that are unique to the world in which he’s built.

Best of all, he writes all of the books in a series before publishing them, a two-fold gift. For one, the intriguing threads he creates are perfectly weaved throughout, from beginning to end. And secondly, this way we don’t have to sit around, staring at his Goodreads profile and waiting for him to give us some kind of sign for when the next book is coming out (looking at you, Patrick Rothfuss).

One of my favorite things about Sullivan is how approachable he is. At the beginning of every book, he includes an author’s note, asking for you to shoot him an email with feedback. On top of this, his Goodreads profile is extremely active. At one time I emailed him a question for an assignment in my English class and he replied within the day. This is truly a career author who not only writes well, but looks out for his fans.

Below I’m going to highlight the first books in each of the Sullivan’s series. Although Sullivan promises that each series is spoiler-free for the others, I suggest reading each series in order of publication, as I’ve lain out. 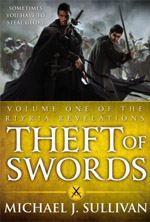 THEFT OF SWORDS: BOOK ONE OF THE RIYRIA REVELATIONS
By Michael J. Sullivan
(2011)

The first book in the RIYRIA REVELATIONS is actually made up of two books in one, which he published himself originally: The Crown Conspiracy and Avempartha. When Sullivan’s books were picked up by a publisher, they decided to publish them two at a time. The story follows the unlikely pair of Hadrian, a master swordsman with a huge conscience, and Royce, an amoral thief. While on a job, the rogues end up being framed for the murder of the king and get thrown into an ancient conspiracy. I highly suggest you read this series before the other two, as it is a brilliant introduction to the world of Elan. 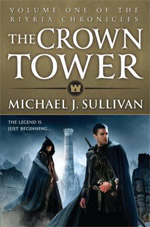 THE CROWN TOWER: BOOK ONE OF THE RIYRIA CHRONICLES
By Michael J. Sullivan
(2013)

Since Theft of Swords takes place 12 years after their first encounter, Sullivan takes this series, THE RIYRIA CHRONICLES, as a chance to show us how the unlikely duo came to be. Although the two men hate each other when they first meet, a common ally hires them to steal from The Crown Tower, an impenetrable fortress. This feat cannot be done without the skills of both, so the hope is they don’t kill each other before the job’s done. This series can be read before The Riyria Revelations, but I wouldn’t recommend it. I’m not too prideful to admit that I nearly cried at the end because of how much I had already grown to love the two. 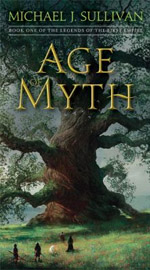 AGE OF MYTH: BOOK ONE OF THE LEGENDS OF THE FIRST EMPIRE
By Michael J. Sullivan
(2017)

This most-recent series, The Legends of The First Empire, takes place about 3,000 years before the events of Royce and Hadrian. The basic premise of this story is that everything you learned about the religions and myths in his other series isn’t necessarily accurate. Sullivan takes the phrase “history is written by the winners” with the wonder of an epic fantasy writer. In an age where men worship the Fhrey as gods, a man named Raithe finds himself a God Killer, and sets into motion the beginning of either human annihilation or the dawn of a new age.