A Beginner's Guide to Brandon Sanderson 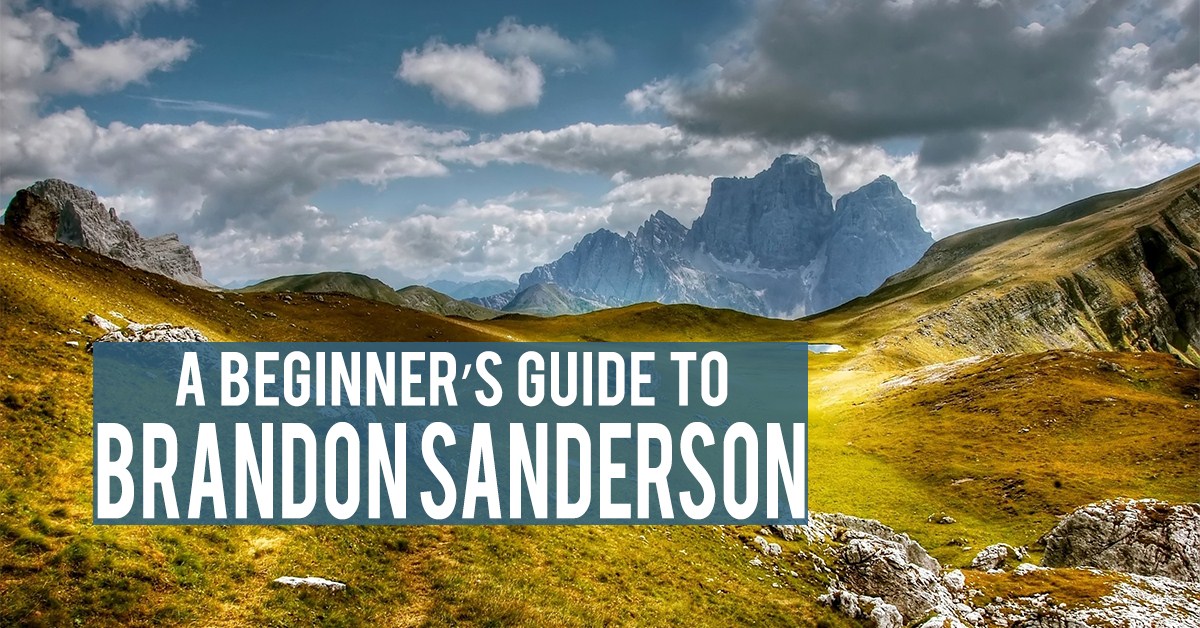 Whenever people find out I study English and work at the Provo Library, they immediately ask me what books I recommend. My immediate response is, “Any book by Brandon Sanderson.”

It would be an understatement to say that I’m an avid fan. When I first read his books, I thought, “Boy, this is what a novel should be.” Then I discovered the man is from Utah, publishes about a book a year, has several different series, and nearly all of these books connect. That’s right, Sanderson has created a universe called “The Cosmere” and several of his book series take place within this universe.

Take a breath with me; it’s a lot to take in. I remember when I first discovered this, the subtle connection between the books, and I was already several books in. I had to go back and reread all the books (not to mention many internet searches to find out what people much smarter than me already put together).I’m here to do the hard work for you. After my considerable time in the worlds of Brandon Sanderson, I have come up with an order for my friends to read the books. My purpose today is to share that list with you and to highlight an amazing author’s career.

One last tip, keep a lookout for the name “Hoid.” You may see him pop up here or there. 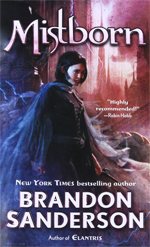 This is the first Sanderson book I read. In this society, a God-like tyrant, the Lord Ruler has set up society where there are two social classes: Skaa and Nobles. A group of thieves, the leader of which, Kelsier, has a personal vendetta against the Lord Ruler, plans to overthrow the government. The story is a trilogy with a great magic system and great stakes. It can be on the heavier side for those just getting into Sanderson. If you feel this way, go ahead and read the next one (Elantris) first and save this one for second. 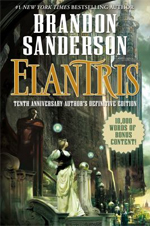 Elantris is the first book Sanderson wrote. Many say for this fact alone it should then be the first to read. There is an argument for this, but I put it second just because I feel this one is easier to get into after the introduction of Mistborn. Once some people in this world would be taken by the Shaod (as it is called in the book) and become like gods. That is before the events of the Reod, when this blessing became a curse. Now those taken by the Shaod are thrown into the city of Elantris, where the cursed people will live for all eternity. 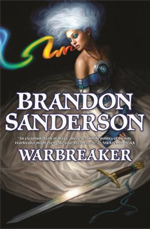 Some people have the tendency to skip this one because it isn’t as popular as some of the others like Mistborn or Way of Kings. I beg of you, don’t skip this book if you are fascinated by the connective quality of the books. This one is important for some of those mind-blowing Sanderson moments. Warbreaker is mostly about two sisters, princesses who come from a land where color isn’t widely used. You see, color is part of the source of the magic, along with that which they call “breath.”

Note: Hoid’s name won’t be mentioned in this book. If you pay attention and perhaps search Wikipedia a little, you’ll be able to find out where he is. 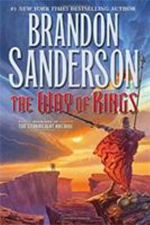 WAY OF KINGS
By Brandon Sanderson
(2010)

This is the one where things really seem to start colliding. In this monstrous novel (1007 pages, see why I had you warmed up of the ones half that size?) Sanderson gives us a world currently in a ten year war, following the assassination of King Gavilar. This book is Sanderson’s pinnacle of world building, as he builds amazing magic systems, multiple political systems, and several character viewpoints. Not to mention that Hoid character I told you about makes a special, and much longer, appearance. This is the first of three, but Sanderson plans to write ten total of this series.

Ultimately Sanderson has many more books to read, even in the Cosmere, but I hope you will find this a great beginning guide to your new book obsession.