Classic Scares on the Silver Screen 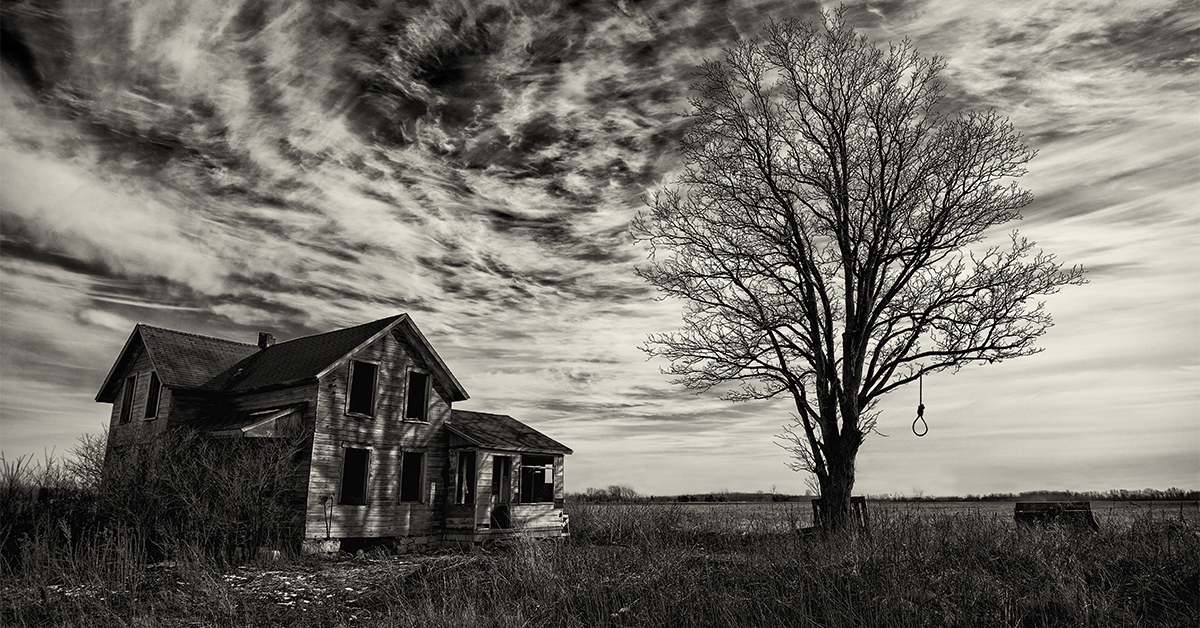 Looking for a movie to send chills down your spine? While the horror genre has had some great films in recent history—from the Oscar-winning GET OUT, to the John Krasinski breakout, A QUIET PLACE—there have been many classic movies that have scared the pants off audiences. Here are some hits from yesteryear to get you in the mood for Halloween. 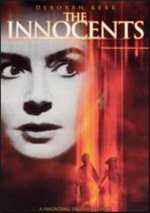 THE INNOCENTS
Directed by Jack Clayton
(1961)

Based on the American novel, THE TURN OF THE SCREW, this British adaptation combines everything you’d want in Victorian horror — haunted estates, women in distress, and creepy children. A woman becomes the governess to a young brother and sister who may be much more than they appear. Are the apparitions she sees real? In this film, you can never really trust what people say—or what they see. If you are a fan of modern gothic films like THE WOMAN IN BLACK or THE OTHERS, check out THE INNOCENTS.

Fun Fact: The screenplay for this film was worked on by Truman Capote, who took a break from his true crime classic, IN COLD BLOOD, to finish the movie script. 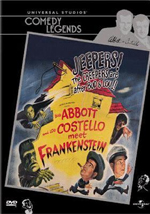 If you are looking for some good scares and good laughs, check out Abbott and Costello Meet Frankenstein. Made after the heyday of monster movies like DRACULA, FRANKENSTEIN and THE WOLFMAN, this movie manages to put all of them into one story. The “Avengers” of Universal horror films, the film manages one of the first “crossover” plotlines, pitting each monster against one another or our protagonists.

Abbott and Costello both pull off one-liners with their usual skill, poking fun at the monsters while still allowing for some scary moments. The fear factor is helped by the fact that most of the creatures are played by their original actors—who are perfectly happy to howl, bite, and groan amid the jokes. My personal favorite is when Lon Chaney (the Wolfman) attempts to warn Costello over the phone about Dracula’s plot. Instead, Costello quickly becomes more and more irritated with Chaney’s “barking dog.” 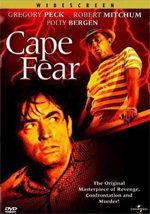 This film was initially worked on by Alfred Hitchcock, before he passed it onto his colleague, J. Lee Thompson. One of the best thrillers of the 1950’s, it tells the story of how one ex-con terrorizes the family of the lawyer who sent him to prison. Robert Mitchum pits himself against the upright everyman, Gregory Peck—who was known for playing another famous lawyer in TO KILL A MOCKINGBIRD.

Mitchum manages to play both cold, calculating villain and out-of-control maniac. It is his personality that truly makes the audience fear for the lawyer’s family. This film would be made again in 1991 by Martin Scorsese, starring Robert De Niro in the ex-con role. However, if you are interested in other horror films that showcase Robert Mitchum’s talent, I recommend the beautiful and horrifying THE NIGHT OF THE HUNTER. 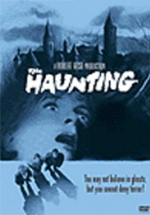 THE HAUNTING
Directed by Robert Wise
(1963)

Based on the 1959 book by Shirley Jackson, THE HAUNTING OF HILL HOUSE, which is widely considered to be the scariest book ever written. Both the movie and its classic film adaptation tell the story of four people invited to investigate not a house that is “haunted,” but is rather “diseased,” with a mind of its own. We soon realize the disturbing effect it has on each person who stays there, including the poor, lonely Eleanor.

This film came out just 4 years after the book’s initial publication and was directed by Robert Wise—who had just come off a successful adaptation of WEST SIDE STORY (and would later go on to direct THE SOUND OF MUSIC). Don’t let the director’s background in musicals fool you, this movie will certainly keep you up at night. This film truly takes to heart the old adage that what you don’t see is scarier than what you do. From great acting, to terrifying sound design, this movie will drag you down into the madness that has enveloped the people staying at Hill House.

In addition to the 1963 film, The Haunting of Hill House has had plenty of adaptations. These include a recent Netflix adaptation, of the same name, and a 1999 film with Liam Neeson, Owen Wilson, and Catherine Zeta-Jones. (Despite the star-studded cast, please do not subject yourself to this film.)