What I Wish I'd Suggested 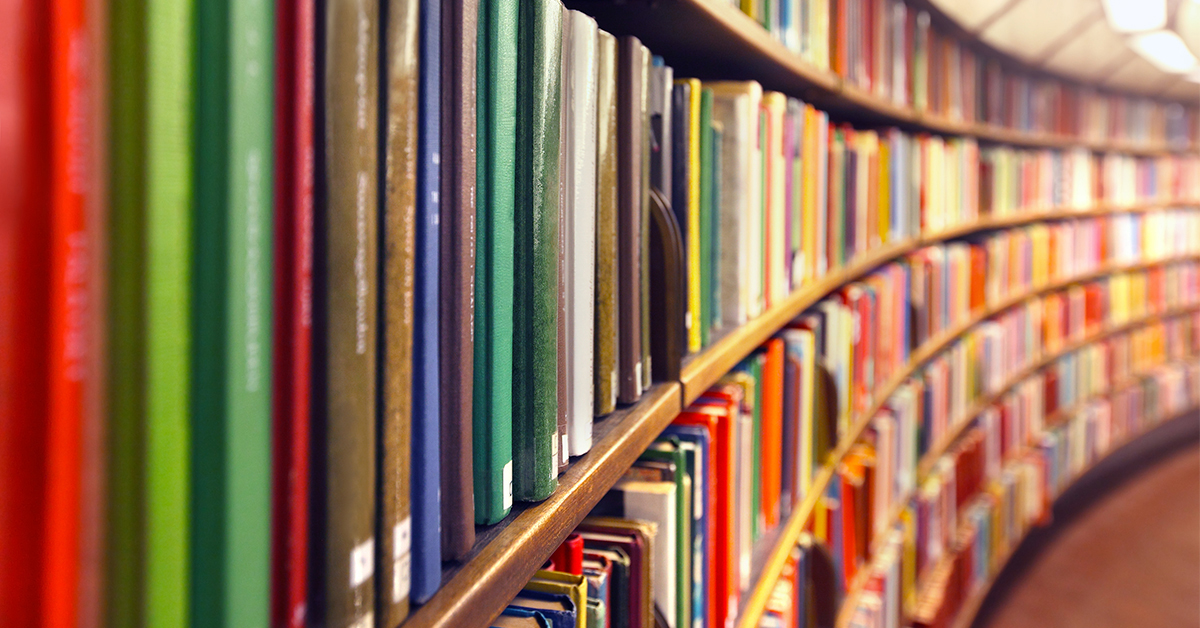 A 12-ish year old boy came up to the desk with full purpose and asked my coworker- “What is your favorite book?”

I was busy helping another patron and I didn’t hear much about that conversation besides that and didn’t expect him to return because he got his answer.

A couple minutes later he came back to the desk in full stride and full purpose again, stood before me and asked, “what’s your favorite book” like it was a grand request and pronouncement.

This isn’t a difficult question but not really one I get often, at least not so directly. People usually ask for suggestions or books like: Diary of a Wimpy Kid/Harry Potter/Percy Jackson. My mind went blank and all I could suddenly think of were princess/fairy tale retellings which felt way too girly to suggest to this young teen boy.

I did pull out “The Graveyard Book” by Neil Gaiman because that is one of my standard go-to’s but seriously- my mind blanked outside Ella Enchanted and Beauty. I told him this and he said he didn’t mind, he just wanted to get a variety. He went home with a stack of Louis L’Amour, Boy by Roald Dahl, The Graveyard Book and Goose Girl. It was a great stack but I’m annoyed at my brain for shutting off when he asked me a simple question.

And in typical Amanda-fashion, as soon as he left my brain flooded with ideas of books I could have suggested. I really wished I could have found him again so I could tell him my actual suggestions.

So here is a list of my *favorites I should have suggested- that I haven’t already written about already.

*Listing a favorite book is subjective. I have the right to change this opinion at will and am catering more to age of patron asking. 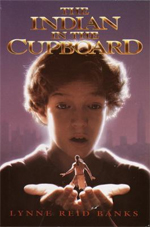 THE INDIAN IN THE CUPBOARD
By Lynne Reid Banks
(1980)

On Omri’s birthday his best friend gives him a little plastic Indian toy. Disappointed, he puts the toy in a metal cupboard and locks the door with a mysterious skeleton key that belonged to his great-grandmother. He finds out when he turns the key it transforms the toy into a real live man from a different time and place. I read this book a few times as a kid and loved the adventure and friendship between this boy and his little friends. 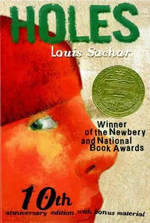 Stanley Yelnats is under a curse- a curse that began with his no-good-dirty-rotten-pig-stealing-great-great-grandfather and has followed the Yelnats family. Stanley is unjustly sent to a boys’ detention camp where they are required to dig holes all day long- five feed wide, five feet deep. Stanley realizes they aren’t just building character- that the Warden is looking for something as a mystery of the past unfolds before these campers. This was a really fun intriguing mystery. I love seeing how the past intertwined with the present and the “ah-ha” moments when they came together. 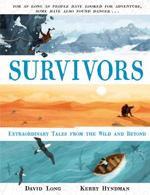 SURVIVORS: EXTRAORDINARY TALES FROM THE WILD AND BEYOND
by David Long
(2017)

This is a fantastic collection of 23 true stories of men and women who have survived seemingly impossible circumstances from a plane crash to quicksand. The stories are fascinating and the illustrations are fantastic. I would like to own this for my own book collection and give it to everyone. 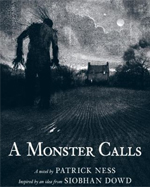 Twelve-year-old Connor O’Malley is dealing with a lot. A school bully, an estranged father, strict grandmother and a sick mother. One night at 12:07 am, a tree-like Monster comes to his window and tells Connor it is going to tell three stories over three nights- three truths and on the fourth night Connor had to tell the monster his truth. I love this book. It is beautiful and sad. If you read this I highly highly suggest getting the illustrated copy. It really adds to the story and is illustrated by Jim Kay, who is illustrating the Harry Potter series.