Cooking the Books: Mark It with a "B" Breakfast Cake

In previous Cooking the Books posts, I’ve tackled all the big issues: no time. No ingredients. No self-control. No fat.  No motivation. The anticipation of no motivation. No beef. And just to continue that tradition of hard-hitting journalism that you’ve come to expect from this periodic series reviewing library cookbooks, I decided to tackle a subject I’ve never tackled before:

“Cute” is not a word I expect to use to describe a cookbook, but it’s what I found while browsing the children’s cookbook section for recipes I could have my son help me make. I decided on COOK ME A RHYME by Bryan Kozlowski, and I was not disappointed.

Each recipe in this cookbook is based on a nursery rhyme, even down to the steps in the recipe. For example, in the recipe for Sing a Song of Sixpence (Blackberry Sandwich Pies), you slice a banana into six round pieces as you “sing a song of sixpence”, and then roll out a slice of bread for the “pocketful of rye.” Or when making “Cockle Shell Pasta Salad,” you line the “pretty maids” (snap peas) up in a row around the bowl before chilling. I’m going to try to replicate this as I post the recipe, but just know it’s really adorable in the book. This book has full-color illustrations and easy-to-follow directions and its recipes would be perfect for a Mother Goose-themed party. It would also be great to use with a beginning reader, especially if they’re at all familiar with some of these rhymes.

We have a 6-month-old baby at our house, so we play a lot of “Pat-a-Cake Pat-a-Cake” every day. I decided to recruit my older son to help me make "Mark It With a “B” Breakfast Cake", hoping that the familiar rhyme would prove delightful to him and keep him from asking to watch TV. This only sort of worked, but it was a good effort.

This recipe was incredibly easy; unfortunately, because I let my three-year-old have some input, we made things harder on ourselves. For example, because he was pretending to be a member of the Paw Patrol at the time, my little helper insisted that we cut the puff pastry into dog bone shapes and not the 8-inch circle the recipe indicates. In the end, we had a few circles, a few doggie bones, an actual dog shape, and a heart. All of these small shapes were harder to fill than a regular circle would have been, and it was harder to know if we’d gotten the right ratio of ingredients. They were also harder to seal and baked at different rates, so we ended up with a few underdone pastries and some spilled filling.

That said, this recipe was easy and yummy, and a bit of underdone pastry didn’t stop us from consuming them all.

A final note: there is a bit of a copyediting error with this recipe. Though the recipe instructions call for sugar, it’s not mentioned in the ingredients list. I ended up just adding the sugar a tablespoon at a time until the filling tasted good, so we ended up with about six cups of sugar. I jest! It was two tablespoons. You may adjust your own sugar level depending on the sugar content of your raspberry jam and your preference for sweet flavors. 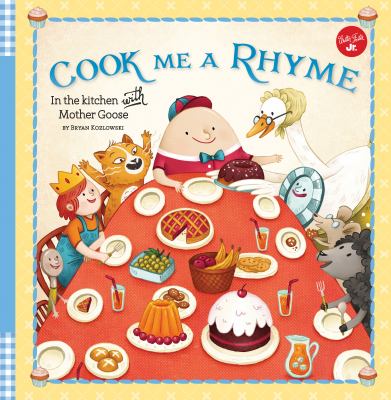