It's the End of the World as We Know It 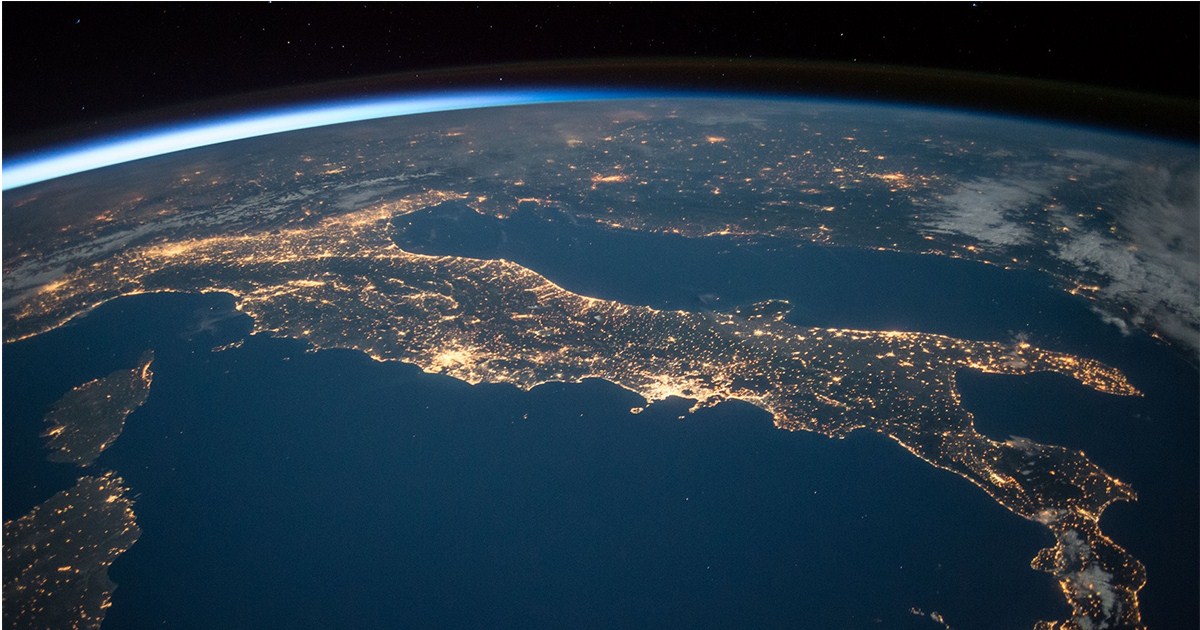 Does it say something about you if all you want to read is a story about the end of the world? I hope not, because lately it’s all I seem to be reading! There’s something intriguing about a story set in a world where things can be so much worse, and lately I seem to live for those small threads of meaning that bind people to hope in the face of bleak events. Here are five stories set in familiar but fundamentally altered worlds where people are redefining life as we know it. 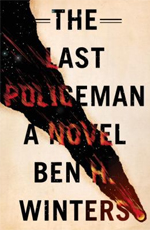 Suppose you were a beat cop who wanted to be a detective and you were suddenly granted your wish because the world is going to collide with an asteroid in the near future. This is Hank Palace's situation, and in a world where suicide is commonplace, the remaining police force of Concord, New Hampshire, thinks Hank is a nutcase for investigating an apparent suicide as a murder. And yet… why did the man hang himself with a belt other than his own? The end of the world scenario of this detective novel makes it both thought-provoking and strange. 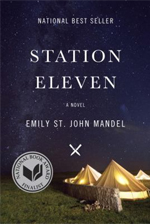 Outside of Toronto, a famous actor, Arthur Leander, collapses from a heart attack in the middle of a performance of Shakespeare's King Lear. Shortly thereafter, a deadly super-flu quickly spreads and wipes out approximately 99% of the world's population. The novel switches back and forth in time, before and after the pandemic, and centers on the lives of Arthur and people connected to him in one way or the other. In the years after the Fall, one of these people, Kirsten, join a group of traveling actors/musicians who are determined to keep a modicum of culture alive because as their motto says, "Survival is insufficient." 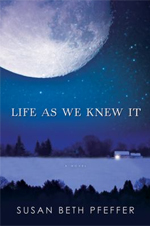 Sixteen-year-old Miranda begins her diary with accounts related to boys and prom. Her writing shifts dramatically after a meteor hits the moon altering the moon’s gravitational pull. This collision changes life forever on earth. Tsunamis, earthquakes, volcanoes and the loss of electricity abound. Through the ten-month ordeal, Miranda records how her family through everything and how every day death is a constant threat. Will they have enough food and fuel to make it through the long, cold winter? Will life ever return to normal? Is there even such a thing as “normal” anymore? 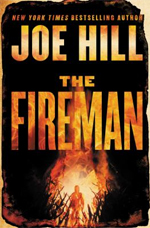 Harper Grayson is a nurse volunteering her time to help those infected by a terrifying plague that is spreading throughout the country. The doctors have named the infection Draco Incendia Trychophyton, but everyone else just calls it Dragonscale. The first symptom is an array of tattoo like marks across the body and the final symptom is spontaneous combustion leaving victims mere ash. When Harper contracts the disease she is quarantined in her home until a mysterious fireman with uncanny pyrotechnic abilities takes her to a hidden community of survivors. 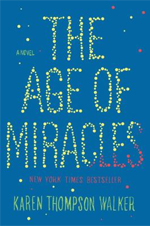 THE AGE OF MIRACLES
By Karen Thompson Walker
(2012)

On a Saturday just like any other, Julia and her friend Hannah have had a sleepover. As they wake up and the day progresses however, they discover that the world as they know it will never be the same. The earth has suddenly begun rotating slower and slower adding minutes and then hours to each day. Not only do the days and night grow longer, but gravity as well as growing food is affected. Julia is facing her world being turned upside down in other ways as well, friendships dissolve, her parents’ marriage is strained, and they boy she likes doesn’t ever seem to notice she’s around.