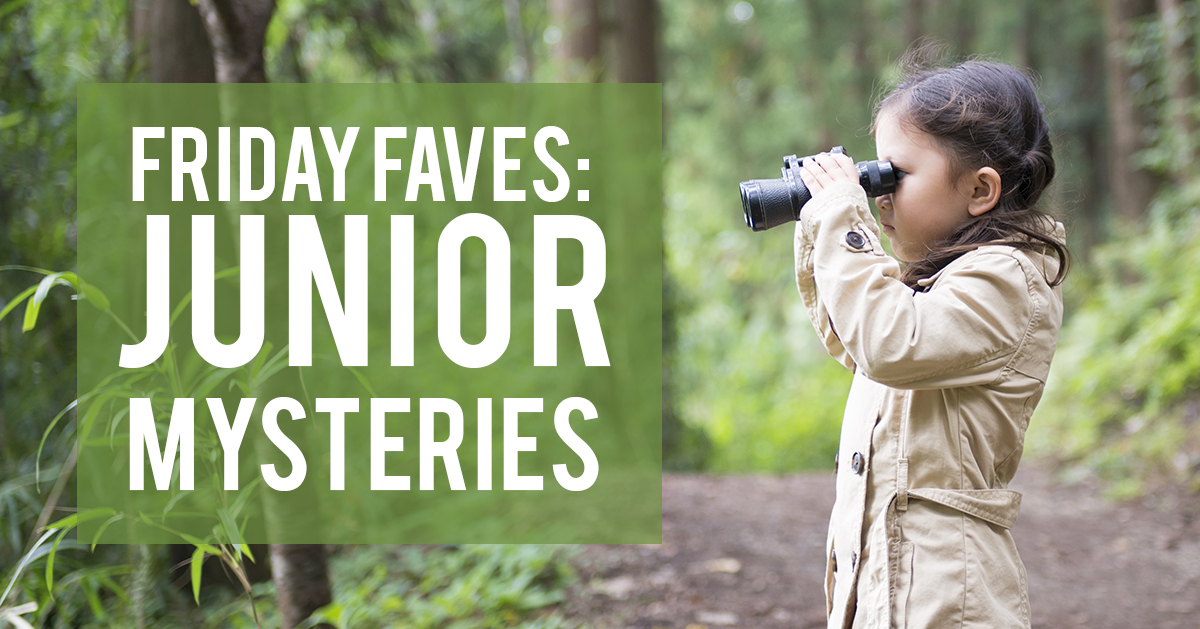 Last year I went to different schools around Salt Lake doing book fairs. It was a dream and a panic induced nightmare because while I was excited to tell the students about all the books we had available, it also meant that I was expected to know a lot of books in all the genres. (Not much has changed in my current librarian position.)

Unfortunately no one has asked me for mystery suggestions lately, so I am offering them to you now. These are some of my favorite mysteries which we had at the book fair that are also at the Provo Library! 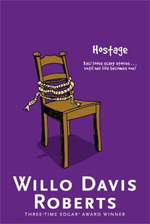 Kaci comes home in the middle of the school day to find her house getting robbed. The thieves take her hostage and when her nosy neighbor suspects something is wrong and starts nosing around the outside, she gets taken as well. Kaci discovers that her neighbor has more to offer than spying on her neighbors and they must band together to escape.

Willo Davis Roberts has written a slew of other mysteries that also includes Babysitting is a Dangerous Game. I really enjoyed both of these and would absolutely recommend her. She does a great job creating suspense without it being too intense. 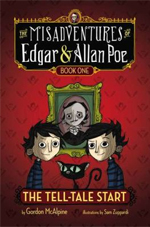 TELL TALE START: THE MISADVENTURES OF EDGAR AND ALLEN POE
By Gordon McAlpine
(2013)

Think the Weasley twins. Ultimate tricksters who are able to read each other’s minds. In the first chapter Edgar and Allan Poe get kicked out of school for some legendary pranks. When their beloved cat is kidnapped and transported to the Midwest, they convince their guardians to take them on a road trip. Mayhem and mysteries ensue as they go on their adventure as well as more questions. This series has great witty banter and fun literary references. 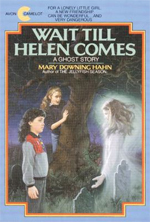 Twelve year old Molly is not happy when her mother remarries and is less thrilled that they are moving into an old converted church. The graveyard behind the church gives Molly the creeps, but her new stepsister Heather is drawn to it. Heather meets a lonely ghost who realizes that she doesn’t have to be lonely if she lures the lonely Heather to a similar death. It is up to Molly to thwart Helen’s plan. 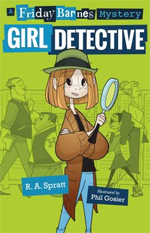 Friday Barnes, girl genius, solves a bank robbery and decides to use her reward money to send herself to the most exclusive boarding school in the country- and discovers a hotbed of crime! She starts investigating cases from disappearing homework to a yeti haunting the school swamp. 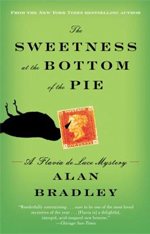 SWEETNESS AT THE BOTTOM OF THE PIE
By Alan Bradley
(2009)

11 year old Flavia de Luce loves chemistry and poisons. In the summer of 1950 in a sleepy English village of Bishop’s Lacey, a dead bird is found on her doorstep with a postage stamp pinned to its beak. Hours later, Flavia finds a man lying in the cucumber patch and sees him take his last dying breath. Flavia is appalled and delighted and decides she’s going to follow the clues and solve the crime herself, to help the police of course.

This is a brilliant series with a clever protagonist that uses the fact that she’s 11 to sneak her way through her village to solve the mysteries.

The 9th book “The Grave’s a Fine and Private Place” came out the end of January. This book is technically not in junior or YA fiction. It’s regular adult mystery, but I still can’t help but recommend it to older readers that have an interest