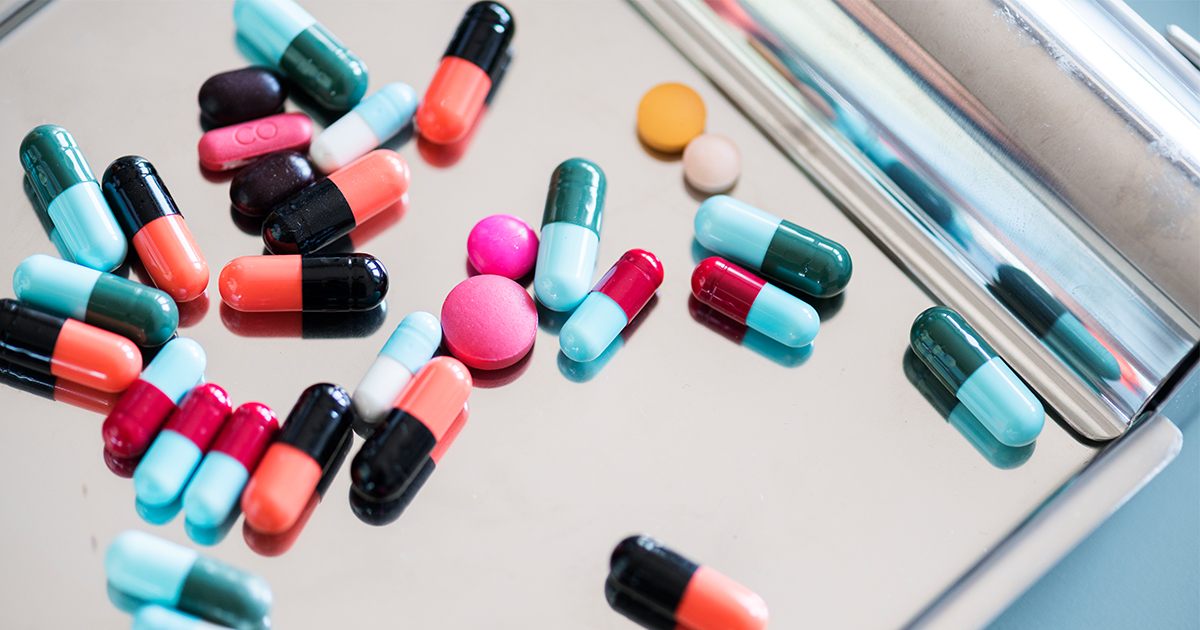 I’ve been surprised as an adult by how much I enjoy reading memoirs. Plenty of these have been fluffy or funny celebrity memoirs, but in the last year or so, I’ve been drawn to powerful and sometimes troubling personal stories of people who have survived childhood trauma. Though it would be an exaggeration to call my own childhood traumatic, I’ve found wisdom, inspiration, humanity, and a surprising amount of connection in these stories.

Famous memoirist Jeannette Walls once said in a New York Times interview, “The best self-help books, in my opinion, are memoirs. If people are honest about what happened to them, those stories are astonishing gifts to those of us grappling with – or just trying to understand – similar situations. I give away my memoirs like aspirins to friends who are going through tough times. Sometimes, it’s easier to have perspective on someone else’s life than your own.”

So, readers, here are a few of my favorite literary aspirins, memoirs of resilience, all told with compassion and honesty. 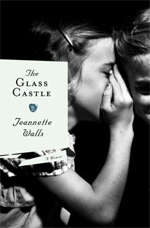 THE GLASS CASTLE
By Jeannette Walls
(2013)

Walls grew up in a family that moved from place to place, descending further into poverty and dysfunction as the years past in spite of their love for each other. Her father’s alcoholism and the mental illness of both parents caused extreme financial hardship and often left the Walls children in danger, but Jeannette and her siblings banded together to work their way out into the world. THE GLASS CASTLE is beautiful, horrifying, and unflinchingly honest, as Walls grapples to overcome her shame and stop hiding her past. 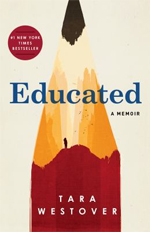 I've been floored by just how good this recent release is. Tara Westover was raised in rural Idaho by survivalist parents who practice an extreme and bizarre take on Mormonism.  Westover’s paranoid father, convinced the government was his enemy, had the children born at home so they wouldn’t have birth certificates, wouldn’t allow them to attend school, and insisted on home care by their herbalist mother for even the most life-threatening illnesses. A blind eye is turned to any abuse in the home. Westover eventually works her way to BYU, Cambridge, and eventually Harvard where she discovers the full emancipation of an education. 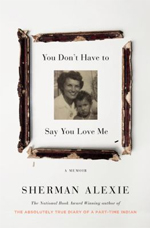 Celebrated author Sherman Alexie has written fiction and poetry for all ages, but this is his first time publishing a memoir.  He grew up on the Spokane Indian Reservation and was raised by an alcoholic father and a recovering alcoholic mother. He recounts the regular abuse, violence, and racism he both witnessed and experienced as a child in a moving mix of essays, letters, and poetry. He also describes the complicated relationship between himself and his mother as they both struggled with mental illness. 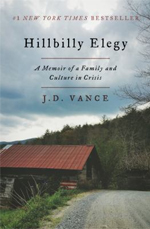 Vance was raised Middletown Ohio by a family originally from Kentucky. His parents had moved for good factory jobs that temporarily provided them a middle class life, but never quite escaped the culture of poverty. Drug addiction, alcoholism, violence, and verbal abuse continue to plague their lives. Vance, now a Yale-educated lawyer, shares not just his own experiences, but an insightful sociological critique of hillbilly culture. 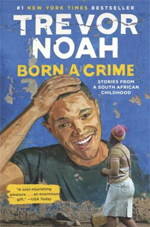 This is not your typical celebrity memoir. Comedian Trevor Noah, best known as the current host of the Daily Show, grew up in Apartheid South Africa as the son of a black mother and a white man. His parents’ union was illegal, and Trevor’s visibly mixed heritage meant that he couldn’t be seen with either parent in public without risking their arrest. BORN A CRIME is largely a love letter to Noah’s mother, a powerful, devout woman who fiercely protected her son.