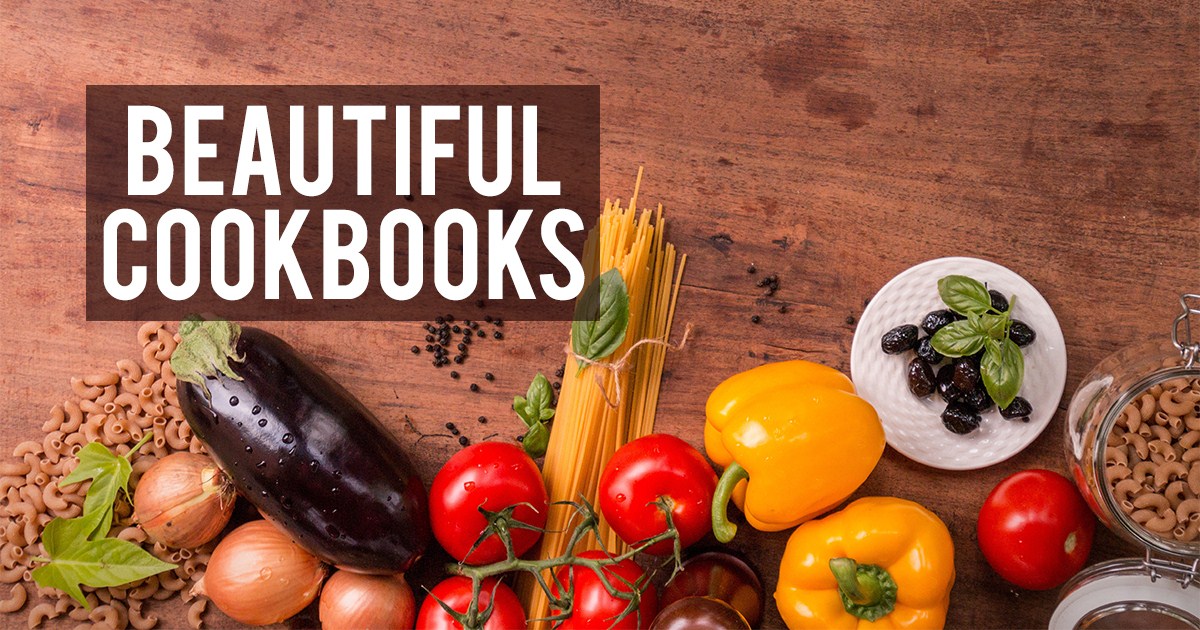 I love to flip through cookbooks! I like to read through the ingredients and see a picture of the delicious end result. I love it even more if the cookbook is more than just recipes, if it has a narrative to go along with the recipes; I get sucked in and often read the entire book.

A few months ago, we were evaluating the cookbook area of the library and I savored spending time looking at these books. Over the few months we were working on this project I began making a list of the cookbooks that I felt were extremely well done. They had gorgeous pictures and intriguing stories behind the recipes. I even encouraged a few of my co-workers to tell me about the cookbooks they saw as standouts. Today I’m sharing just a few of the most beautiful cookbooks in our collection. 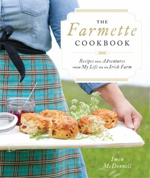 THE FARMETTE COOKBOOK: RECIPES AND ADVENTURES FROM MY LIFE ON AN IRISH FARM
By Imen McDonnell
(2016)

From gorgeous pictures of the rolling hills of Ireland to recipes for Farmhouse Milk Bread, Maple Roasted Parsnips, and Irish wedding cake, this book has it all. Interspersed between the recipes are snippets from Imen’s life and the story of how this American city girl found her way to a working Irish farm. I love that the recipes give the ingredients in both the US and metric measurements. Scullery notes found at the end of many recipes give additional information for the home cook. 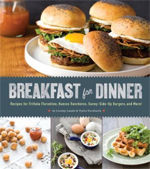 BREAKFAST FOR DINNER
By Lindsay Landis
(2013)

I love breakfast for dinner so this book was an instant hit for me! It includes many traditional breakfast recipes like Eggs Benedict but adds a twist to make the recipe a bit more filling for dinner time. Now you can have Steak and Eggs Benedict at the end of a long day. In addition to main dishes, this cookbook includes sides, starters, desserts and drinks. Using breakfast ingredients to make your dinner has never tasted better. 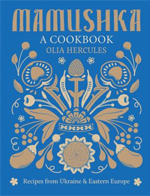 This book features recipes from Ukraine and Eastern Europe with stunning photographs. I loved the first paragraph from the introduction, “Mamushka…is not actually real word. My brother Sasha and I watched The Addams Family film for the first time in 1996 (everything came about five years late in post-Soviet Ukraine.) And at some point during the movie, a bunch of American actors suddenly spoke a made-up Eastern European language and danced the mamushka—“the dance of brotherly love” taught to the family by their Cossack cousins. Our whole family found this part of the film irresistibly hilarious and since then my brother and I renamed our mum Mamushka.” With this friendly beginning, I was hooked on taking a closer look at this cookbook. 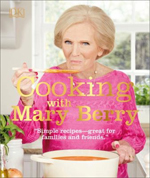 As a fan of The Great British Baking Show and DK books this book caught my attention. Mary Berry shares “simple recipes—great for families and friends” and in classic DK style this cookbook shows cooking techniques step by step. I particularly like that there are variations and notes to the cook throughout the book with tips and tricks.

MY TWO SOUTHS: BLENDING THE FLAVORS OF INDIA INTO A SOUTHERN KITCHEN
By Asha Gomez
(2016)

This cover is stunning, as are the end papers! Asha calls her style of cuisine “two souths cooking” with the flavors and dishes being rooted in her home country of India and her current home in Atlanta, Georgia. Each recipe has a story explaining the importance of the featured recipe to. There are many drool-worthy pictures and recipes featured, including the Banana Beignets. Yum! 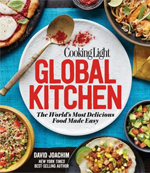 Get ready to explore the culinary world! From East Asia to Europe to North and Central America there are delicious foods in each and every country and region. The author challenges home cooks to taste the world in their own kitchen. I like how each chapter starts with a taste of the region being presented sharing the prominent spices and flavors, followed by photo heavy recipes. Each recipe clearly states the hands-on time and total time needed which can be helpful when planning to make the dish. 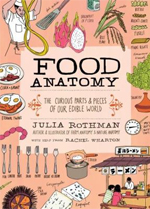 FOOD ANATOMY: THE CURIOUS PARTS AND PIECES OF OUR EDIBLE WORLD
By Julia Rothman
(2016)

While this book isn’t a cookbook (it doesn’t have any recipes in the traditional sense at least), I thought it still deserved a place on this list. The books above all have photographs highlighting the food mentioned. This book on the other hand, is filled with hand drawn and colored illustrations. Rothman gives a brief history of food before illustrating fruits, vegetable, meats, spices, street foods, and desserts that can be found the world over. I found this book to be completely captivating!