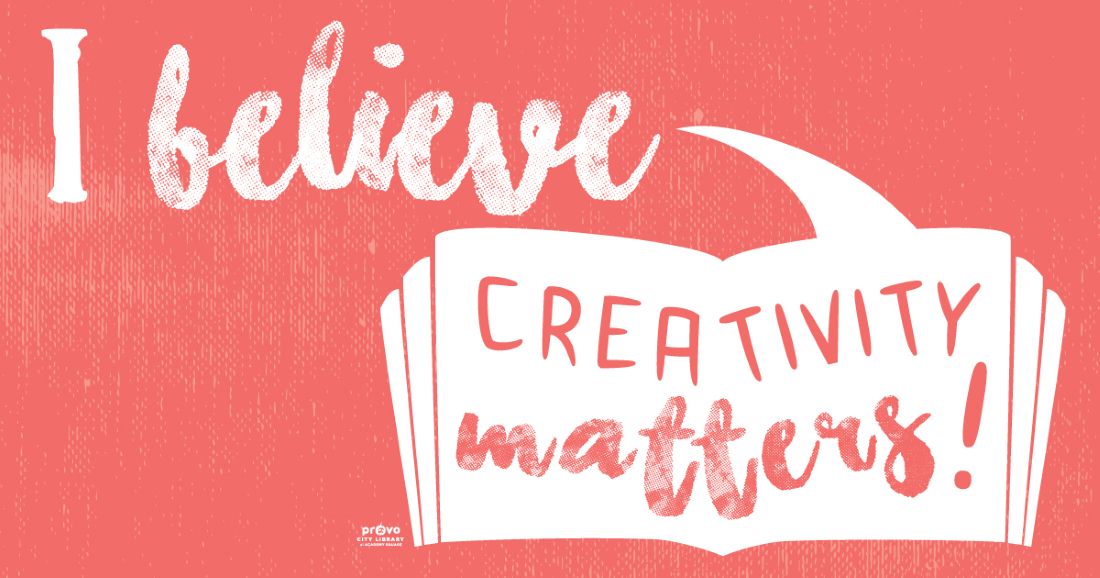 I believe that creativity matters. This may seem a little strange to talk about as far as libraries go, but bear with me. Many effective adults are masters of using creativity or imagination. Important innovators change the world based on their ability to think beyond what has already been done—a trait gained when they were young. Authors and illustrators (which are well-loved in library world) create stories and pictures from their imaginations. And as a manager, I often use imagination or creativity to tackle tough problems and to find successful solutions. In fact, being able to think creatively may be one of the traits most needed in the world today.

A kid’s job is to play. When children play they exercise their brains, developing imagination and creativity. When they pretend one object is something else (like pretending a toy block is a phone), they grow in the ability to take what they have and turn it into what they want. But preschoolers playing pretend aren’t the only ones being creative. Kids also exercise their creativity when they work to make things—from artwork to music to a science slime project. This sort of creation requires children to think through what to draw, what medium to use, what note to play, or what amount of ingredient to add. The process of thinking ahead to create something they are excited about strengthens their ability to think through tough problems at school, and later as adults in the workplace.

At the library we encourage creativity. One great way we do this is with events like our Fairy Tea Party. The first weekend of March, we turn the library ballroom into a magical fairyland. Kids ages 3 and up come dressed in fairy costumes to participate in the festivities. Even the library director gets to become the Fairy King to personally greet each little fairy. We believe that inviting children to use their imaginations with us will help them recognize the importance of keeping creativity a part of their lives. Because when a child has learned the magic of creativity, the world becomes a better place.