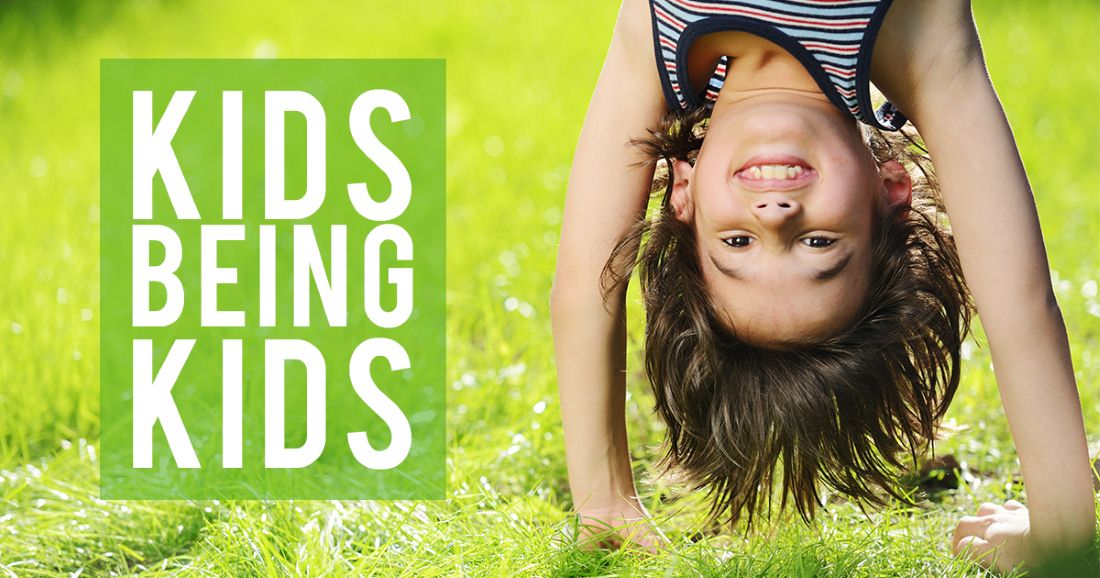 Is there anything better than a story about a child who saves the world from evil? Who doesn’t love reading about a 12-year-old Percy Jackson fighting off the minotaur with no training, or an 11-year-old Hermione Granger being the brains behind a death-defying magical operation during her first year of wizarding life?

But I will admit that sometimes I get a little tired when yet another character just happens to have memorized the entire internet by age 10, or becomes the best marksman in the kingdom after only a few weeks of practice with a bow.

So here’s to all the kids that act like kids and to the authors that know the difference between precocious and PhD. Here’s to characters that have to wait for their muscles to develop before becoming a knight or who care more about their sibling rivalries than the fate of the world. And here are just a few of my favorite characters who are happy being young: 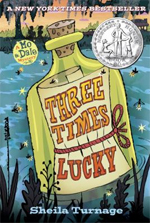 Mo and Dale from THREE TIMES LUCKY
By Sheila Turnage
(2012)

Mo, orphaned by hurricane Katrina, lives in an eclectic adopted family in Tupelo Landing, NC. She and her bumbling best friend Dale open a “detective agency” when Dale’s no-good father starts causing trouble. Mo’s hilarious southern metaphors, combined with Dale’s constant misunderstanding of sarcasm make them a delightful team. This series is a tribute to small town troubles and the joys of childhood capers. I’d recommend listening to the first book in this series to enjoy a fun rendition of Mo’s southern drawl. (The narrator changes for book two, so read that one.) 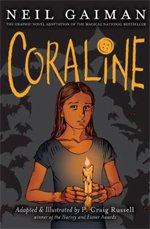 Coraline from CORALINE
By Neil Gaiman
(2002)

Coraline is a bored 11-year-old who feels a little neglected by her work-from-home parents. Since they’ve recently moved to a new house, she puts on her explorer’s cap (literally) and tries to whittle away the hours. It’s not too long before Coraline discovers a little door in the living room that sometimes appears bricked up, but sometimes is a portal to the “other” world. One of the reasons I love this spooky read so much is that Coraline approaches everything with a very childlike perspective. She takes what she can see at face value and, at the end of the day, wants what every kid wants: her mom and dad’s love and attention. This book is also a great listen and quite short. 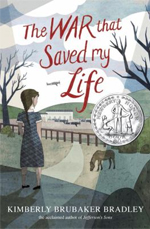 Nine-year-old Ada has been a cripple since birth and is abused by her mother because of it. During World War 2 when many children were shipped out of London, Ada sneaks out of her house against her mother’s wishes and joins her little brother to travel to the countryside. I think Bradley did a wonderful job of showing the fixed determination of a child who’s had very little going for her in life. With the necessary love of the new adult in her life, Ada learns to walk, ride a horse, and deal with the consequences of abuse.