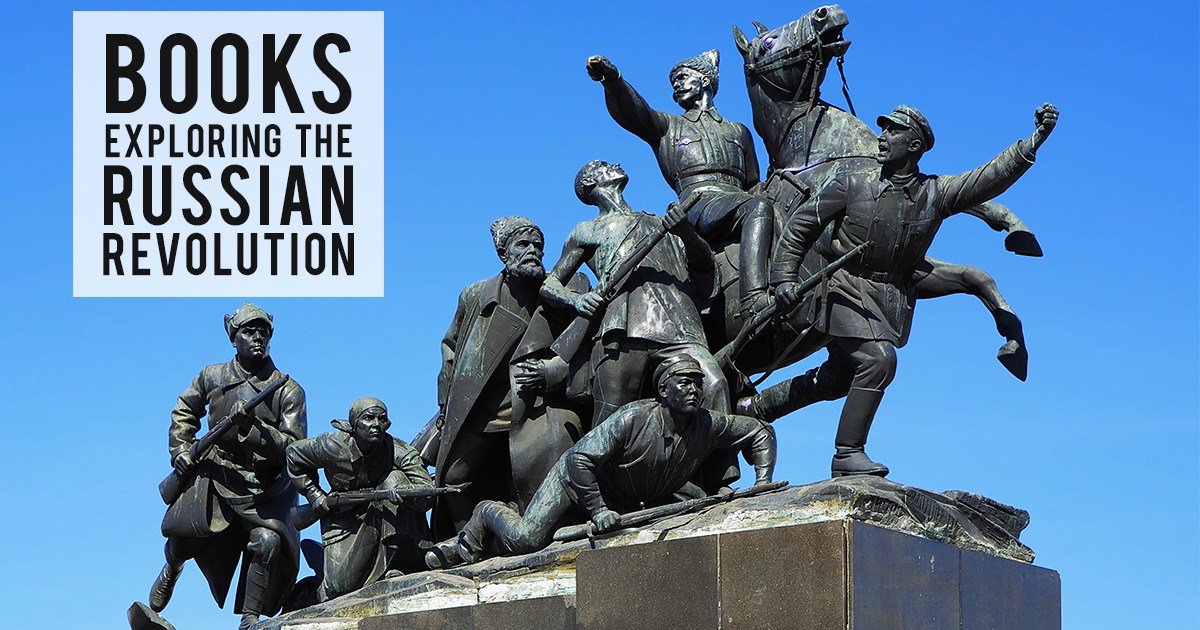 Between March and November of 1917, two key events framed the collapse of the Russian Empire: the forced abdication of Tsar Nicholas on March 15, 1917 and the November 17, 1917 revolt by the Bolsheviks, led by Vladimir Lenin. Though Russia continued to be convulsed until at least 1923 by civil war against the Bolsheviks and their army, the execution of Tsar Nicholas and his family, and the power struggle between Lenin and Trotsky, November of 1917 is seen as the defining moment that changed the history of the world and laid the foundation for the establishment of the communist government in Russia.

Representing a variety of viewpoints and relying on new historical documents, a number of recent books have been written for the centennial of the Russian Revolution that review, revise and renew our understanding of the momentous events that irrevocably changed Russia and the world. 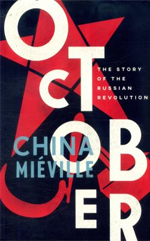 OCTOBER: THE STORY OF THE RUSSIAN REVOLUTION
By China Mievielle’s
(2017)

In February, 1917, Russia was monarchy; nine short months later it was a socialist nation. Focusing on the months between February and October, 1917, fantasy author Mieville tells the story of the intrigues and calamities, the personalities and peoples that transformed Russia. 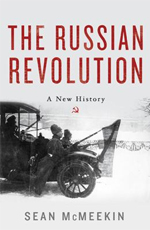 THE RUSSIAN REVOLUTION: A NEW HISTORY
By Sean McMeekin
(2017)

McMeekin’s fast paced narrative focuses on events between 1900 and 1920, tracing the transformation of Russia from a Romanov dynasty to a Bolshevik regime. Often aided by outside nations hoping to benefit from the economic and political chaos in Russia, the Bolsheviks triumphed even though the economy collapsed and more than 20 million Russians died. 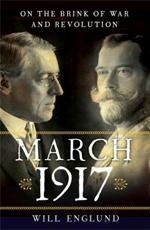 March, 1917: Woodrow Wilson gave his second inaugural address, America entered World War I, and Tsar Nicholas abdicated. Focusing on this key month, Englund uses diaries, newspapers and memoirs to add detail to the story of that key month when the world we know today originated. 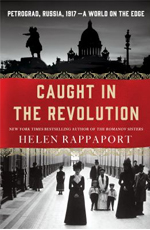 Foreigners living on Nevsky Prospekt, St. Petersburg’s main street, had a firsthand view of the chaos in Russia, as Nicholas abdicated and the Bolsheviks fomented a coup. Rappaport uses their diaries and letters home to show us the action first hand, as they experienced it. 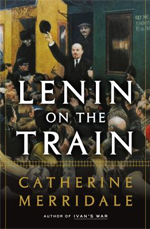 LENIN ON THE TRAIN
By Catherine Merridale
(2017)

When Tsar Nicholas abdicated, Lenin was exiled in Zurich. Resolving to return immediately to Russia to lead a revolt against the Russian government, he embarked on a journey that would change the world. Using material never before presented, Merridale tells story of his train ride from Switzerland through Germany, bringing to life the intrigue, the desperation and the idealism that made it possible. 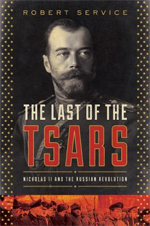 LAST OF THE TSARS: NICHOLAS II AND THE RUSSIAN REVOLUTION
By Robert Service
(2017)