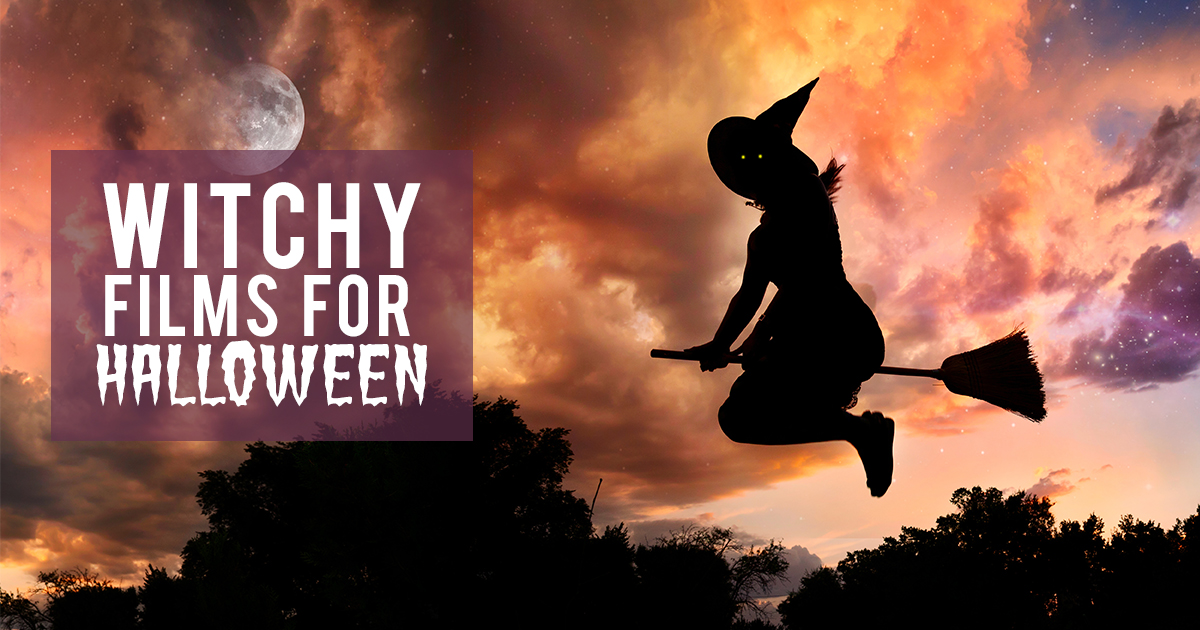 A couple of weeks ago on the blog, I admitted my love for all things witchy and shared my favorite recent books about witches. To continue that theme and honor the Halloween spirit, I’ve compiled a list of my favorite movies starring witches.  They’re certainly bewitching, if I do say so myself. 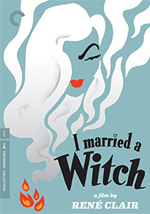 I MARRIED A WITCH
Directed by René Clair
(1942)

During the height of the Salem witch trials, Jennifer (Veronica Lake) and her father Daniel (Cecil Kellaway) are burned at the stake. As her final act, Jennifer curses her Puritan persecutor, Jonathan Wooley, and his descendants to always marry unhappily. When the father and daughter escape their spiritual imprisonment centuries later, Jennifer vows to torment Wallace, the latest in a long line of Wooleys, but love gets in the way. With a 95% fresh rating on Rotten Tomatoes, this romantic comedy is an absolute classic. The Provo Library doesn't currently own a copy, unfortunately, but the Orem Library does! 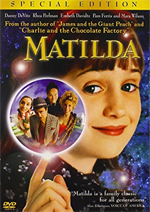 I don’t know that Matilda Wormwood is ever actually referred to as a witch, but I think her telekinesis and last name qualify as witchy. This film is delightful. A brilliant and magical young girl, deliciously wicked villains, and plenty of shenanigans – what more could you want? So why not whip up a Matilda-inspired chocolate fudge cake and discover the magic of Roald Dahl on film? 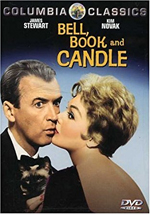 Greenwich Village witch Gillian (Kim Novak) has had a long-running feud with Merle Kittridge (Janice Rule) since college. When Gillian finds out that her handsome neighbor Shep (Jimmy Stewart) plans to marry Merle, she simply has to intervene. Her love spell has unintended consequences, however, ultimately forcing her to choose between love and magic. With hints of BEWITCHED and I DREAM OF JEANNIE and starring the talented duo from VERTIGO, BELL, BOOK, AND CANDLE is an awful lot of fun. 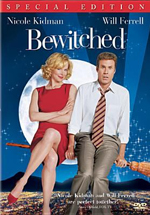 I’ll be honest, in a lot of respects, this movie isn’t great. It had so much going for it – A Nora and Delia Ephron screenplay, Nora Ephron as the director, Nicole Kidman, Shirley MacLaine, Michael Caine, Steve Carell, Stephen Colbert, the nostalgia of the original Bewitched series -  it should have been amazing, right? Unfortunately, the writing and acting fall a little flat, and the film was panned by critics. And yet I watch BEWITCHED about once a year anyway.

On an intellectual level, I know this movie isn’t very good, but on another level I really enjoy it. The plot is okay, but the movie is just so pretty to look at! Isabel is the kind of witch I’d want to be. Her bungalow cottage is perfectly adorable, and as I watch the parts of the film that are set there, I spend most of my time analyzing the furniture (I seriously want her floral sofa), kitchen cabinets, and windows. And then there’s Isabel’s/Samantha’s/Nicole’s clothes in the film – so many adorable cardigans! It’s a librarian’s dream. Roughly 30% of my current wardrobe is inspired by this not-so-great movie. 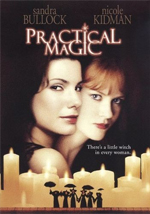 BEWITCHED wasn’t the first time Nicole Kidman played a witch. Based on the book by Alice Hoffman (and now there’s a prequel!), PRACTICAL MAGIC tells the story of the Owens sisters, practical Sally (Sandra Bullock) and wild child Gillian (Kidman), whose magical family is cursed in love. This is another film with envy-inducing set design. Rumor has it that Barbra Streisand was so taken with the Victorian Owens house that she tried to buy it, only to find out that it was a temporary shell instead of a real house. This 90s romantic comedy gave me the heebie-jeebies when I first saw it as a tween. It’s just creepy enough to be a perfect Halloween movie, but it has plenty of romance, lightheartedness, and magical charm for the scaredy-cats (ahem, me) among us. 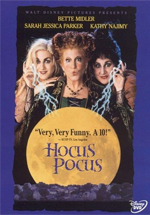 I feel like I don’t even need to talk this movie up. We all love HOCUS POCUS, right? As evil as they might be, could there be three more hilarious and winning witches? If you're looking for a Halloween activity, join us on Tuesday at 7:00 for a HOCUS POCUS screening in the Shaw Programming Room, #260.