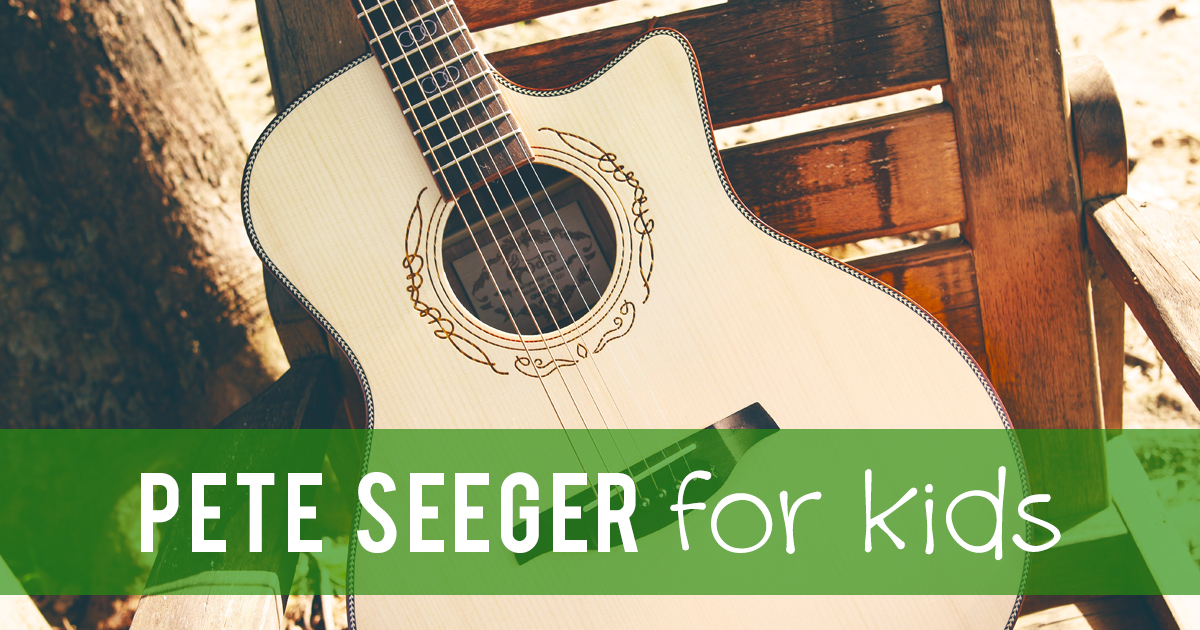 For any 10-year-olds with an interest in the folk music of the 1960s, this blog post is for you!***crickets***Okay, okay. I know how it sounds, but one of the fascinating things about biographies written for children is that many are written about people that most children aren’t initially interested in. Don’t get me wrong, there will always be books about Einstein, Disney, and Muhammad Ali. But some of the real gems of our biography collection are about people that may not have obvious “kid-appeal” in 2017.Take Pete Seeger. I became a fan of his music as a sophomore in college when I became a little more politically active, a little more frustrated at “modern life,” and a little more convinced that the 1960s was the time to live. Ask me as a ten-year-old who Pete Seeger was, though, and I would have had no answer. I think the same is probably true of most kids.Still, for whatever reason there have been four well-written, fairly acclaimed children’s biographies about Pete Seeger published in the last year. Perhaps it is because he passed away in 2014 and publishers are eager to capitalize on a chance to make new biographies. Or perhaps it’s just because the stars aligned. We may never know. But if you’re interested in teaching your child the value of folk music and peaceful political activism – which might not be such a bad thing – here are all the Pete Seeger books our children’s department has to offer: 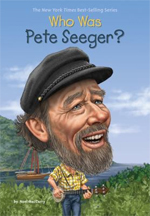 The newest installment in a series of books that has written a biography for everyone. This book provides a good amount of detail and presents a charming caricature of the artist. 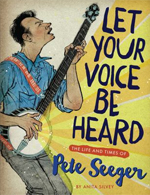 LET YOUR VOICE BE HEARD: THE LIFE AND TIMES OF PETE SEEGER
By Anita Silvey
(2016)

This book provides a lot of good information about the life of Pete Seeger and the causes that were important to him – enough for kids to go out and explore more on their own. 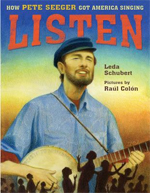 This is my favorite of the bunch—mostly because I like picture book biographies. But also because it shows the influence Pete Seeger had in unexpected ways. Plus, it includes the titles of all his songs, which is fun for fans.

STAND UP AND SING!: PETE SEEGER, FOLK MUSIC, AND THE PATH TO JUSTICE
By Susanna Reich
Illustrated by Adam Gustavson
(2017)

This one is a little text heavy for a picture book biography, but it does maybe the best job of explaining the oppression that Pete Seeger sought to overcome by making a statement with his music. 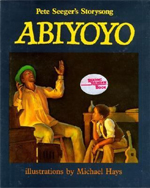 This picture book version of Seeger’s own ballad was a Reading Rainbow pick back in the day and is an adaptation of a South African folktale. With a note from Seeger in the front of the book, this is perhaps the best way to introduce young music fans to Pete Seeger.