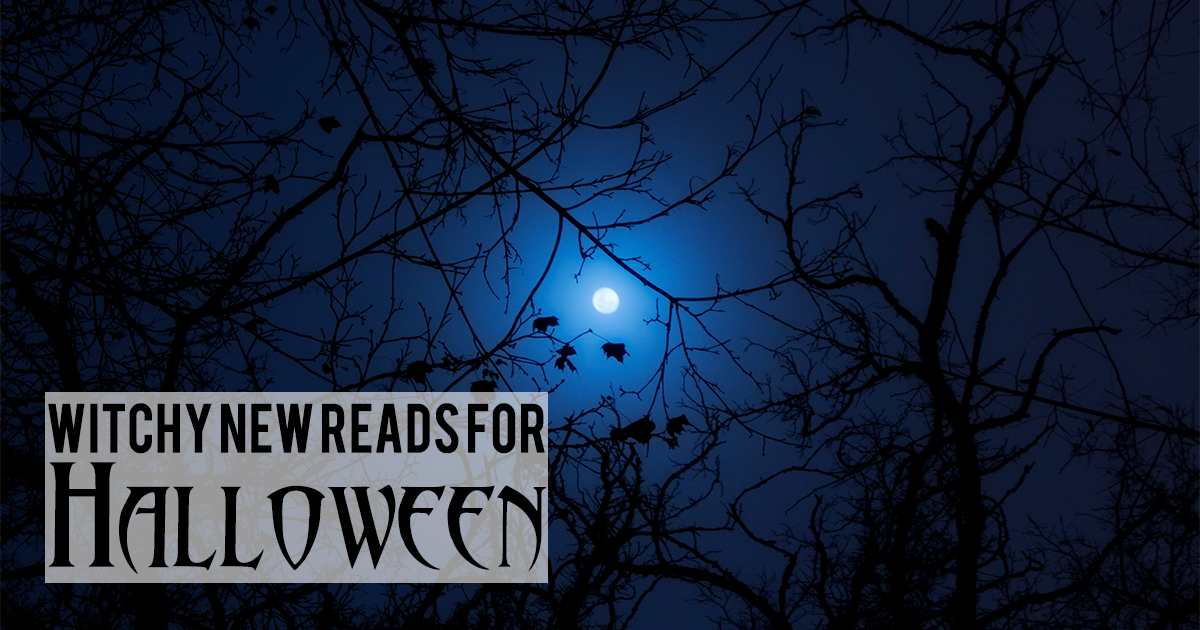 My fascination with all things witchy dates back to September 27th, 1996 - more than 20 years! Any guesses what inspired it?

Ever since then, I've loved the idea of witchcraft, though not in a serious way. There's just something appealing about potions, spells, animal familiars, and covens of powerful women. Thanks to this fascination, fiction books with witchy protagonists inevitably catch my eye. In honor of the season, I thought I'd share a few exciting titles that feature wonderful witches. 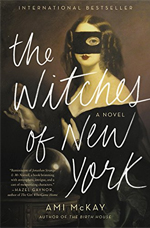 After reading several starred reviews of Ami McKay's new book, I knew I had to read it. It did not disappoint. THE WITCHES OF NEW YORK tells the story of Adelaide and Eleanor, two magical women who run Tea and Sympathy, a shop that offers tarot readings and herbal remedies in addition to tea and biscuits. When a naive young woman named Beatrice joins them as an assistant, mundane and magical forces combine to endanger the shop and the women who run it. A warning for cautious readers that this novel does include occasional sex and violence. 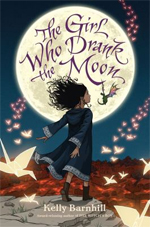 THE GIRL WHO DRANK THE MOON
By Kelly Barnhill
(2016)

This Newbery winner is an absolute delight. In this children's novel, the people of the Protectorate abandon a baby in sacrifice to the witch who lives outside their village. Little do they know that Xan is a kindly witch who is baffled by their offerings. Each year she takes the babies to a loving family across the forest, until one night she accidentally enmagics one of her charges. She then raises Luna alongside a swamp monster and a perfectly lovable, perfectly tiny dragon.

THE GIRL WHO DRANK THE MOON tells a lovely story and features the most charming and playful writing I've encountered aside from J.K. Rowling's. Even better, the audiobook reader gives what may just be my favorite narration of all time. 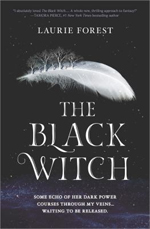 I've written about my love for this book before, but I had to include it again here. In THE BLACK WITCH, teenager Elloren Gardner leaves her small village to attend an international boarding school. She's the daughter of the Black Witch, Gardneria's rescuer and one of the most powerful mages of all time. When Elloren arrives at school, however, she discovers that the history she's been taught may not be accurate, and that the prejudices she's been raised with are undeserved and even cruel. THE BLACK WITCH deals with difficult topics in a complex but relatable way and in my opinion deserves every starred review it received. 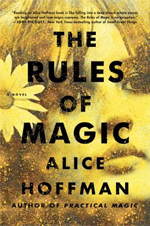 Full disclosure here: I haven't actually read this yet. After all, it only came out two days ago! Fans of Hoffman's 1995 book PRACTICAL MAGIC will be thrilled to know that she has returned to the story of the Owens family. For the members of this magical clan, love is a curse that inevitably results in death and heartache. THE RULES OF MAGIC follows an earlier generation of Owens siblings - Franny, Jet, and Vincent - as they navigate the heady days of the 1960s. I've read a few of Hoffman's other works, and her three-dimensional characters, detailed plots, and lush, lyrical writing never disappoint. And based on early reviews, this prequel is every bit as magical as its predecessor.

Bonus: If you can't get enough fictional witchcraft, check out basically anything by Sarah Addison Allen. Within the pages of her sweet books, you're sure to find romance and magic in a small southern town.