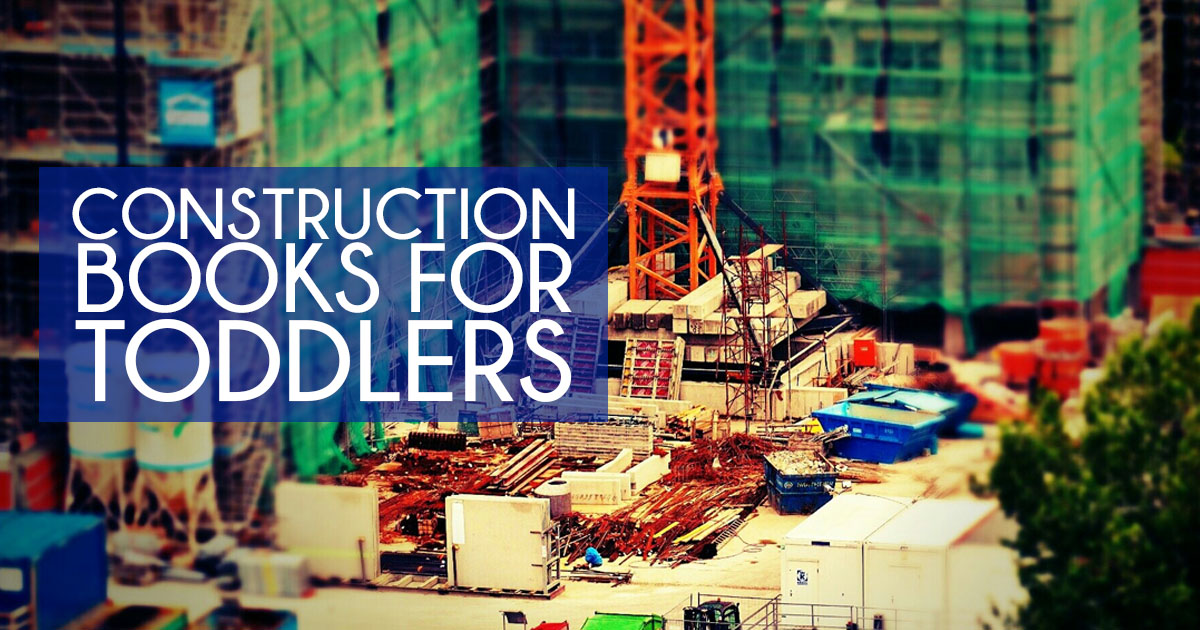 I am the parent of a toddler. Right now, he’s pretty well obsessed with three things: dogs (Paw Patrol specifically, though he likes dogs generally), cats, and construction vehicles. Lucky for us, it’s not hard to find books to satisfy all these obsessions, especially since our children’s department has a “Things that Go” hot topic section.

Before I get to my list of favorite books from the “Things that Go” section, let me gush a little about Hot Topics. Before I became a parent, it seemed like a good idea to reorganize a large number of our picture books by topic rather than by author. Now that I’m a parent, I realize it's genius. Kids tend to go through phases of intense interest, and it’s SO NICE to be able to go to one place to find all the construction vehicle picture books instead of having to hunt them down in the stacks with a toddler in tow. We’ve found books we probably never would have checked out and they’ve become some of our favorites. I can reliably walk out with a stack of 10-15 books and know my son will be interested in all of them. With topics like ABCs, Colors, Princesses, Super Heroes, Potty Training, and more, the Hot Topics section is one of my favorite library parenting hacks.

That said, here are some of our favorite books we’ve found during our many visits to the “Things that Go” section that are sure to please your construction-loving toddler. 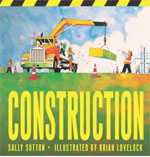 Construction is a book about—you guessed it—construction! This great read-aloud has illustrations that I find interesting, great rhymes and rhythm, and sound effects that you get to decide how to pronounce! These are Calvin’s favorite part, though he’s at an age where he’s asking what every unfamiliar word means and I don’t really know what to say when he asks me what “Thwock” means. 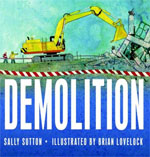 This is the second book in the Sutton/Lovelock construction trilogy (the first is actually ROADWORK, which is great but not quite as much of a favorite), and the things I said about CONSTRUCTION pretty much apply here too. One thing I appreciate about these books is that I feel like I learn things too. Did you know that old concrete gets crushed up and recycled into new concrete? Also, these two books are the only two books my son has actively protested returning to the library. 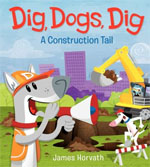 This one follows a sort of “day in the life” of a dog at a construction site (where dogs are fully capable workers and not just tag-a-longs). It’s another good read-aloud, and it’s got dogs and constructions vehicles and a DINOSAUR BONE, so it’s right up Calvin’s alley.

I’ve already written about GOODNIGHT, GOODNIGHT CONSTRUCTION SITE (which we still read often), so I thought I’d share the sequel, MIGHTY MIGHTY CONSTRUCTION SITE. Every bit as charming as its predecessor, this volume introduces some new friends to help build a building! I loved the emphasis on partnership, I love the introduction of the new trucks, and I love the way the two books complement and frame one another. 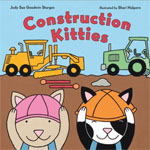 I’m going to be honest: this one was not my favorite, but Calvin LOVED it. This reminds me a lot of DIG, DOGS, DIG!, from the “day in the life” aspect to the actual thing they’re building (spoiler alert: it’s a park. In at least half of the kids’ books about construction, they build parks).  But there are cats, and there are construction vehicles, and sometimes that’s all you need. He'll sometimes end the book by asking, "Can we be construction kitties?" which, of course, we can. If you need me, I'll be meowing and driving a backhoe loader.