By the Numbers: Children's Mystery Series Head To Head

There are three major classic children’s mysteries series: Nancy Drew, The Hardy Boys, and The Boxcar Children. Who hasn’t read at least one of these timeless adventures? They are still hugely popular, and new incarnations are being released on a regular basis.

Thinking about these great series reminded me of the “Head to Head” books, a series that makes predictions about what would happen if one person/animal/fantasy character went to battle with another. They analyze strengths and weakness of each opponent and make guesses about final outcomes. Just for fun, let’s pretend these mystery series were virtual warriors, and they were locked in literary battle with each other. Which one would emerge as the most “boss” children’s mystery series ever? Here are the stats. You decide. 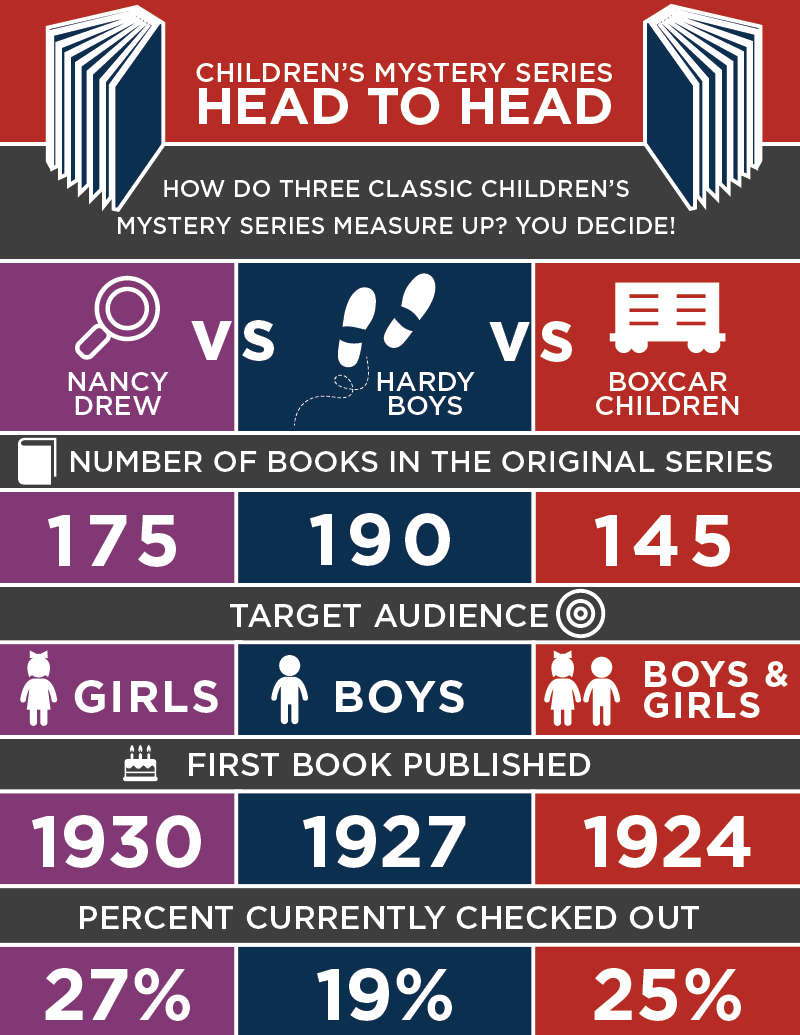 If you haven’t read a Nancy Drew, Boxcar Children or Hardy Boys in a while, why not pick up a copy?

Nancy Drew #1: THE SECRET OF THE OLD CLOCK

The Boxcar Children #1: THE BOXCAR CHILDREN