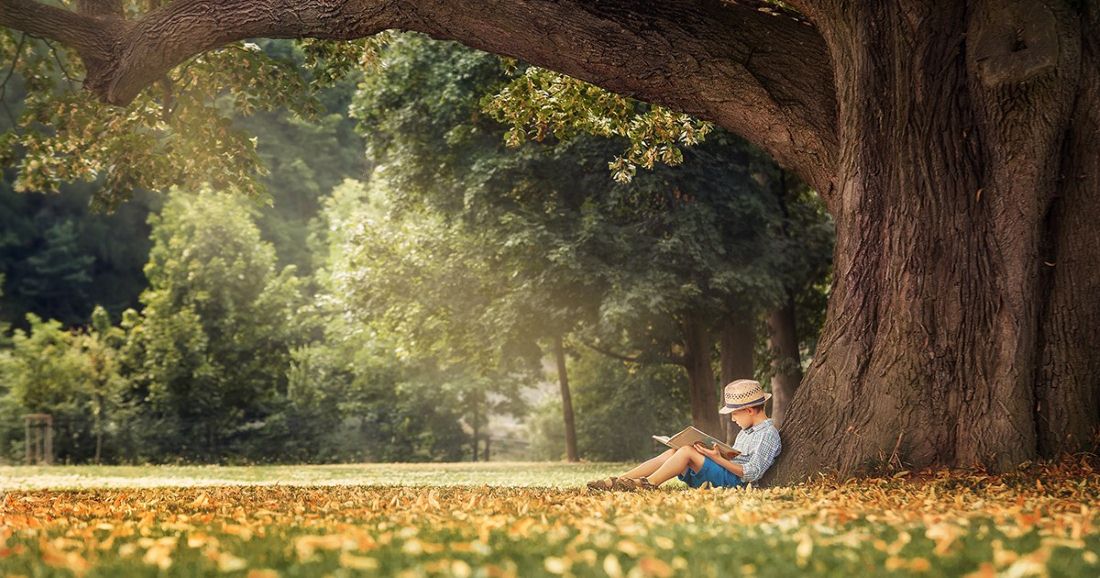 In the library world we sometimes don’t expect our favorite authors to also be jocks. But notable Books for Young Readers guest Matt de la Peña got his bachelor’s degree paid for on a full basketball scholarship from the University of the Pacific. Matt later went on to receive his MFA in creative writing from San Diego State University, which pacifies our authorial expectations a bit.

Matt has certainly drawn on his life experiences to write his books. He has said that growing up, he could never have imagined becoming an award winning author: “Me and books? Reading? Nah, man, I was a working class kid. A half-Mexican hoop head. I spent all my after school hours playing ball down at the local pick-up spot off Birmingham. I dreamed of pretty girls and finger rolls over outstretched hands… But age has a way of giving a guy perspective.”

But a glance at Matt’s picture will show that he isn’t very old for the success he’s had as an author. However, much of his writing has filled an important niche, often featuring under-privileged ethnic children who have to learn to navigate life and a system that seems to be pushing against them. The books have made such an impact that during his career he has won many awards, including New York Times Bestseller, ALA-YALSA Best Book for Young Adults, ALA-YALSA Quick Pick for Reluctant Readers, Notable Book for a Global Society, Junior Library Guild Selection, Bulletin for the Center of Children’s Literature Blue Ribbon List, NYC Public Library Stuff for the Teen Age, Amelia Elizabeth Walden Award, and, of course, the 2016 Newbery Award. His debut novel, BALL DON'T LIE, was even made into a movie in 2011 starring Ludacris, Nick Cannon, Emelie de Ravin, Grayson Boucher, and Rosanna Arquette.

Matt’s 2016 Newbery Award was especially distinctive and rare since Last Stop on Market Street is a picture book, a format that rarely receives this award. Of this book and his others, Matt said in his Newbery acceptance speech, “sometimes when you grow up outside the reach of the American Dream, you’re in a better position to record the truth. That we don’t all operate under the same set of rules. That our stories aren’t all assigned the same value in the eyes of decision Makers.”

We are so happy to host Matt de la Peña at the library during BYU’s Books for Young Readers symposium, and hope you’ll take the chance to check out some of his books before his visit. Here are a few that can get you started: 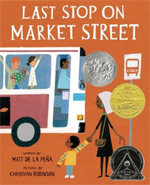 “A young boy, CJ, rides the bus across town with his grandmother and learns to appreciate the beauty in everyday things.” 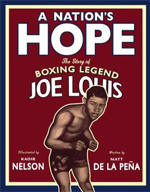 “Biography of boxer Joe Louis and his historic fight with German Max Schmeling.” 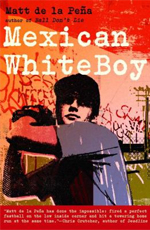 “Sixteen-year-old Danny searches for his identity amidst the confusion of being half-Mexican and half-white while spending a summer with his cousin and new friends on the baseball fields and back alleys of San Diego County, California.” 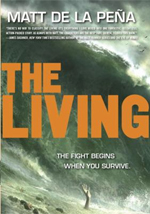 “After an earthquake destroys California and a tsunami wrecks the luxury cruise ship where he is a summer employee, high schooler Shy confronts another deadly surprise.”