Details
Written by Anjie
Published: 18 May 2017 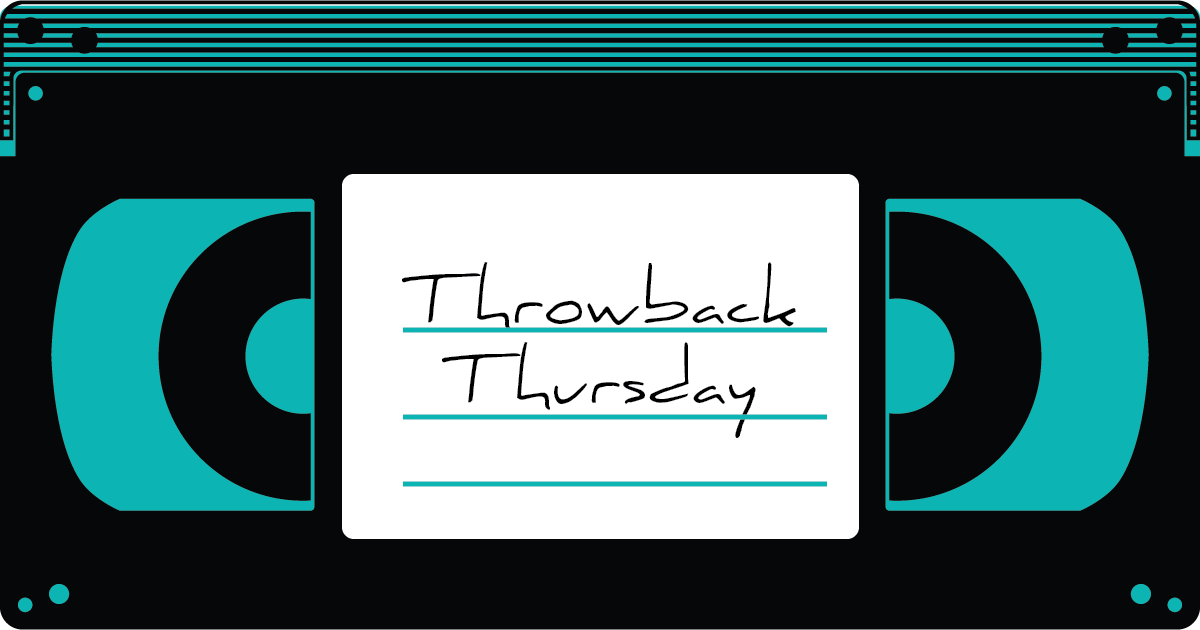 1995 was a good year for new technologies. Did you know Windows 95 was the first version to introduce the “Start” button? The year also saw the beginnings of Hotmail, Ebay, and Amazon.com. And we can’t forget the revolutionary movie, The Net, starring Sandra Bullock in a cyber thriller about the dangers of identity theft.

So, you can imagine that when we unearthed a list of all the Audio/Visual items owned by Provo City Library in 1995 we were just a little bit curious. Looking through the list proved to be a fascinating snapshot of a transitional time in Audio/Visual advances and boggles the mind at how far technology has come in the last 22 years.

What you could expect to find on the library shelves in 1995: 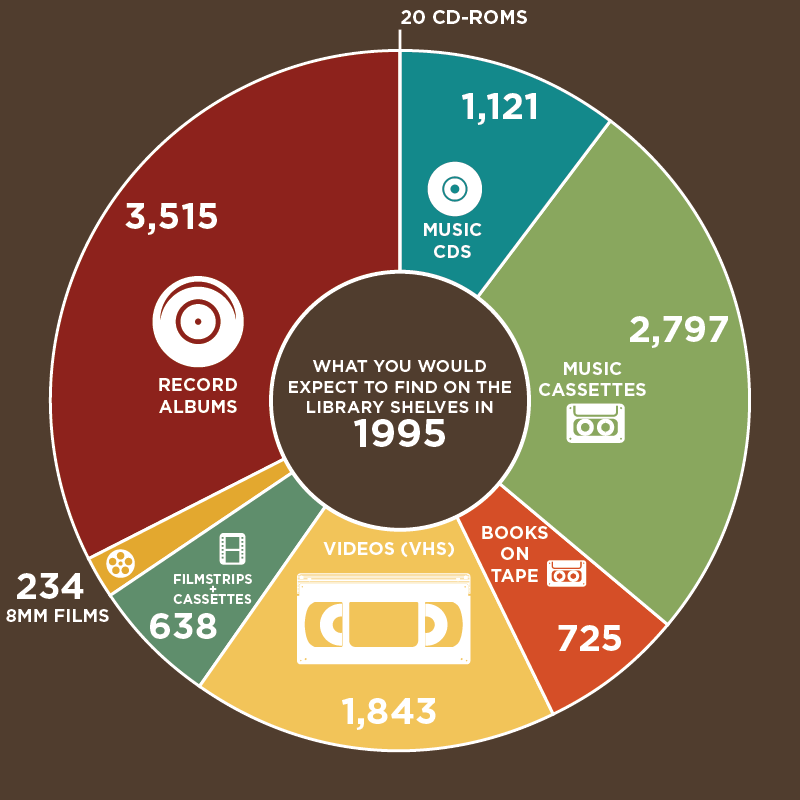 Most of these made sense to me, but I was confused about why film strips and cassettes would check out together. After a little online searching (something that was possible in 1995 but would take much longer), I experienced a little trip down memory lane. Who else remembers your elementary school teacher loading a short film strip with 8-10 still images into the projector, starting the cassette player, then asking one of the students to advance the film strip to the next image after hearing the “beep”? Wow! Thinking of the sound of that “beep” really took me back.

Are you wondering where the DVDs are? While the new DVD format was announced in 1995, it wasn’t until 1997 that the first DVD players were made available in the U.S. Five years later DVD sales finally toppled the mighty VHS.

Looking over these numbers I was struck by both the similarities and differences with Audio/Visual today. The biggest difference I see is that people were slower to adopt new technologies. Notice that the library owned three different formats to listen to music; records, cassettes, and CDs. I think this was mainly due to the cost of transitioning. Devices such as VCRs were in many cases prohibitively expensive. In our current day, however, we are not given much of an option. It’s take the plunge or be left behind.

While the year 1995 was a period of transition from analog tape to digital CDs, 2017 is witnessing a transition of its own from digital products to electronic, such as downloadable and streaming.

What you can expect to find through the library in 2017: 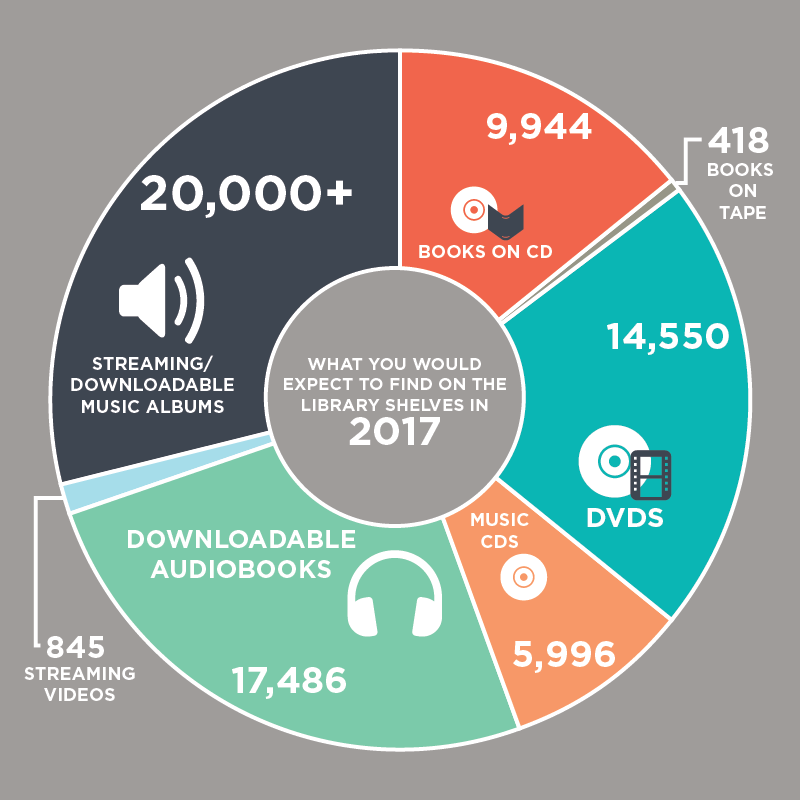 I wonder what the future holds for Audio/Visual entertainment 22 years into the future? Maybe 3D holograms that look and feel real!