That Other Stuff by Lemony Snicket

Details
Written by Bethany
Published: 10 May 2017 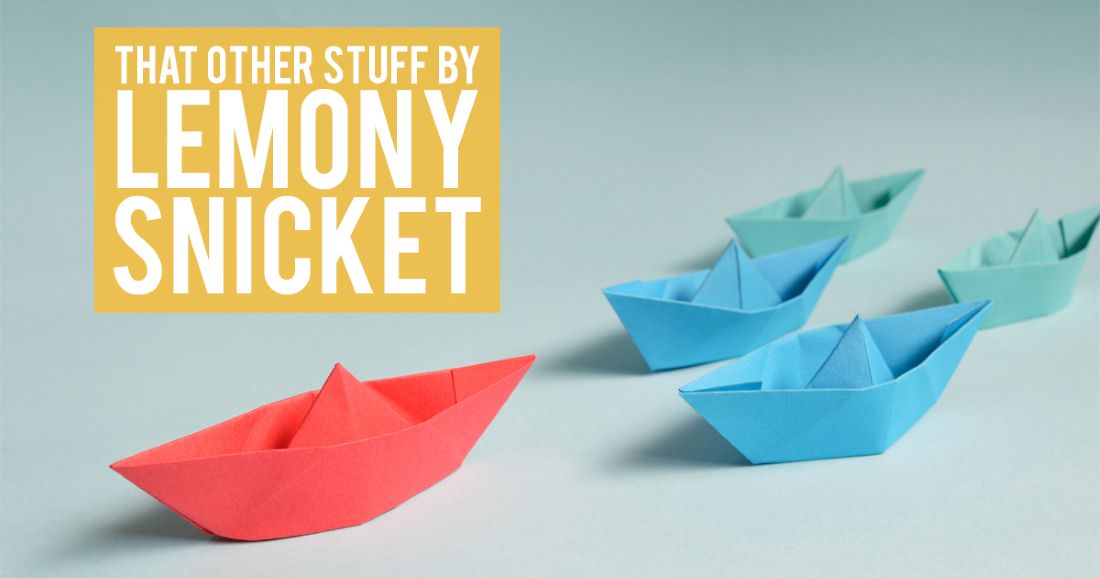 Everybody knows Lemony Snicket, the pen name of author Daniel Handler, but few people can name any of his books outside of A SERIES OF UNFORTUNATE EVENTS. I was certainly in this boat until a few months ago when I came across his ALL THE WRONG QUESTIONS series when finding another book for a patron. Intrigued, I did a quick google search and was surprised at how many titles he’s written beyond his most famous series. I was especially delighted to find that the library owns a handful of his picture books.

That day I quickly checked out the following three picture books and discovered that the Lemony Snicket wit is perfectly suited to such a short, fun format. 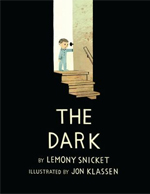 THE DARK
by Lemony Snicket, illustrated by Jon Klassen
(2013)

Are you afraid of the dark? Laszlo is; but unfortunately, the dark lives in his big, creaky old house with him. Sometimes it hides in the closet or behind the shower curtain. But mostly the dark stays in the basement where it belongs. One night, however, the lightbulb on Laszlo’s nightlight burns out and the dark comes to visit his bedroom. Fortunately, the dark is very helpful when it comes to finding a replacement bulb.   The way the dark is imagined in this book is so clever! It’s a fun way to think about this “dark” that children are often so afraid of. 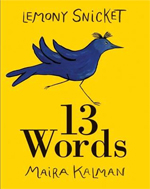 Admittedly this book is a little off the wall. But kids will laugh at the funny situations and adults can appreciate the absurdity. I think it’s great. At first glance it seems as if Snicket has created a picture book to help children learn new words and place them inside sentences, a common children’s book theme. However, the words he chooses, such as haberdashery and goat, create a chaotic tale that just makes me laugh every time. Kalman’s illustrations are bright and fun and a perfect addition to the meandering text. 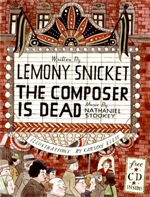 THE COMPOSER IS DEAD
by Lemony Snicket, illustrated by Carson Ellis
music by Nathaniel Stookey and the San Francisco Symphony
(2008)

This is one of my FAVORITE picture books. Although I’ll admit that it doesn’t hurt that I’m a bit of a band/orchestra nerd. This book has an accompanying CD with a narration by Lemony Snicket (Daniel Handler) himself. The voice performance is awesome and is accompanied (literally) by some orchestral music that is pretty crucial to loving this story.

The book opens with a dead Bach-esque composer who is “De-composing.” The very handsome and intelligent inspector must question each section in the orchestra to determine who did it and chaos ensues. I think it’s a wonderful way to teach children a little about orchestral music while having a great time.