Details
Written by Linea
Published: 09 May 2017 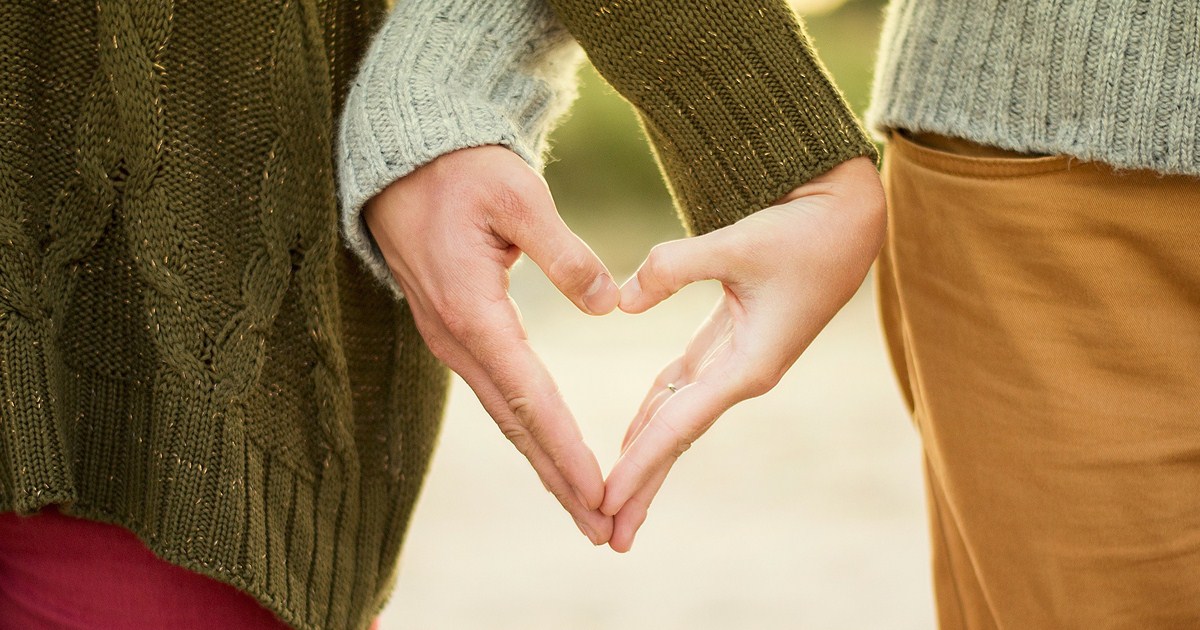 When I started dating my now fiancé a few years back, I realized that there was a lot I didn’t know about physicality. Kissing was awkward, cuddling sent my anxiety through the roof, and holding hands still seemed like something for keeping little kids out of traffic. I knew that to get myself more comfortable with physicality I needed to learn more about it, so I started researching. The internet is a mixed bag on this topic, so I turned to books written by LDS authors for a clean, tasteful approach. Some of the books I read were extremely helpful, and some less so, but together they helped me overcome my initial fears of a physical relationship.

Now that I’m engaged, I find myself revisiting the same books for a different reason: to prepare myself for a successful marriage. I find (again) that some LDS intimacy books can be more useful than others, especially depending on what stage you’re at and what you’re looking for. With that in mind, I would like to share not just the titles of the books I’ve read, but an explanation of what is helpful about each so that you can pick up the book that’s right for you next time you come into the library. 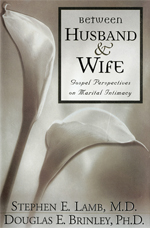 This book was not my favorite, but that’s because it was written with a very specific audience in mind. It is intended for those who want to prepare for marriage without “spoiling the surprise.” Advice is kept fairly general, and the chapter on the sexual response cycle is brief. If you want to hold off on detailed discussions of sex until after marriage, this is a good place to start. There a couple chapters at the end about the middle and later years of a relationship, but BETWEEN HUSBAND & WIFE is mostly geared towards engaged couples and newlyweds, including chapters like “The Honeymoon” and “What I Wish I’d Known.” Scriptural quotes and gospel context are also given a lot of space. 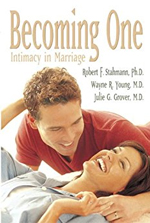 BECOMING ONE is a short book, but it packs in a lot of information. It includes frank discussions of what to expect physically, potential problems and their solutions, and a helpful FAQs section. It also has some wonderful sections about the differences between men and women and the ways they approach sex. The target audience is definitely engaged couples and newlyweds, but there is plenty that could be helpful for those who have been married a few years as well. For sheer density of helpful facts and advice, I would say this one is my favorite. It does spend very little time on gospel context, however, so if that’s what you’re looking for maybe start with another book first. 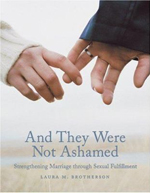 AND THEY WERE NOT ASHAMED
by Laura M. Brotherson
(2004)

The very first words of this book are “Sex isn’t bad,” and the rest of the book goes on to attack the misconception that physicality is something dirty. Brotherson starts by explaining the “Good Girl Syndrome,” where LDS girls who have been taught their whole life that sex is bad struggle to change their mindset once married. She then tries to help those girls see sex as something beautiful: she reaffirms the sanctity of sexual relations, describes “The Symphony of the Female Sexual Response” in detail, and puts the physical relationship in the context of a spiritual and emotional relationship. She also explains a lot of the sexual differences between men and woman and offers advice on how to work together to make sure that both partners are satisfied. This book is definitely geared toward women, but is excellent both for women who are struggling with physicality and for men who are looking to better understand their partners. As a side note, those who find this book helpful might also enjoy KNOWING HER INTIMATELY, Brotherson’s new book. 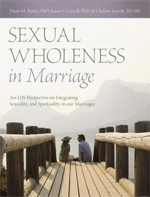 This book begins by explaining the damaging sexual metaphors that are often used in the LDS church, and proposing an alternative model of sexual wholeness. As this was my introduction to the genre, and I found that model a helpful first step.  I also appreciated the authors’ scientific approach. There were anatomical diagrams to explain the male and female reproductive systems and discussion of things like nerve clusters and erogenous zones. More than that, however, I liked how applicable everything felt. Their anecdotes all come from people who approached the authors with questions, and it is surprising to see how many of the situations they describe apply to you. They have an entire third of the book devoted just to answering specific questions, so there’s a good chance they’ve answered yours. Finally, I feel like this book more than all the others can be applicable to any stage of the relationship, whether you’re just getting started or if you’ve been married for years. 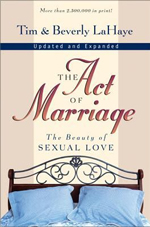 THE ACT OF MARRIAGE
by Tim and Beverly LaHaye
(1998)

This last one isn’t actually LDS, but I felt the need to include it because it is easily the most famous Christian intimacy book. The book was originally published in 1976 — 1998 was when they released the revised and updated version — and was foundational to the development of the genre. Unfortunately, that also means that the cultural references are a bit dated. There are some pretty traditional gender roles implicit throughout, and if statements like "The natural longing of every woman's heart is to be a homemaker" bother you, this is probably the wrong book. If you are a couple with a more traditional mindset, however, this book can still be quite helpful. The science is good, and you can really feel the affection that Tim and Beverly have for all of their readers.