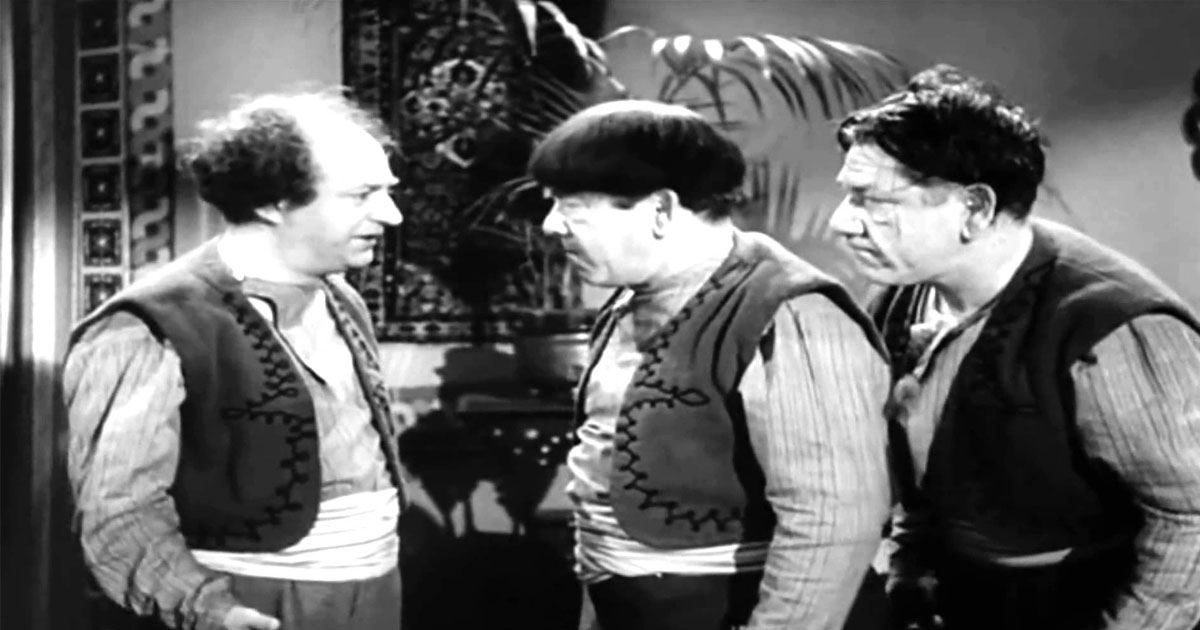 In the words of Uncle Albert in MARY POPPINS, “I love to laugh”. Comedies are some of my favorite films to watch. I remember being a little kid and just loving to watch the Three Stooges on my dad’s lap. I think this is where my love of black and white films and comedy started. So in the spirit of April Fools and April being National Comedy Month, I thought I would share with you some of my favorite black and white comedies. 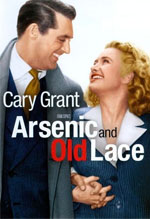 This comedy follows the story of Mortimer Brewster (Cary Grant), a confirmed bachelor who has written many books on the evils of marriage, on his wedding day. He comes home to find his two old maid aunts have killed a Mr. Hoskins and hidden him in the window seat until they could hold a proper Christian funeral in the basement where they keep the other bodies. 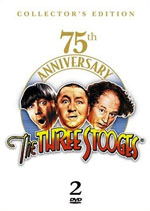 MALICE IN THE PALACE
Directed by Jules White
(1949)

MALICE IN THE PALACE is a beautiful slap stick comedy where the Three Stooges are running a restaurant in the middle of the Arabian Desert. My favorite scene of the entire short is when they are trying to eat sausages and there is a cat and a dog under the table coincidentally reacting perfectly with what is going on in the room. It makes me laugh every time. 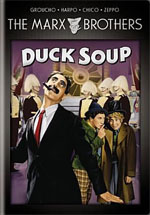 Freedonia goes bankrupt so who better to run the country than Rufus T. Firefly (Groucho Marx)? All mayhem ensues when Chicolini and Pinky are unable to find incriminating evidence against Firefly. DUCK SOUP is a beautifully ridiculous comedy, and as honestly as I love Groucho Marx, for me Harpo is the one who steals the show in this particular case. He never has any lines, but he does a beautiful job making a crowd laugh based only on his antics. 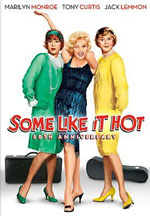 This is the story of two musicians who see too much of a mob hit so they join an all female jazz band bound for Florida. This story is so funny as you watch these two men trying to behave like women. Of course they have the classic scenes where they have a rich gentleman who finds one of the guys attractive. The other snag is one of the musicians is trying to get Sugar ( Marilyn Monroe) to fall in love with him. Such a funny movie. 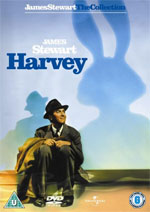 HARVEY is the story of a gentleman, Elwood P. Dowd, who insists that his best friend is a six foot tall white rabbit. EIwood lives with his sister Veta and his niece. Veta is trying desperately to get her daughter married and so she is trying to get her brother committed to get him out of the way. This story is so fun  and one of my favorite scenes is when they have the cab driver look up the definition for a Pooka.