Cooking with the Kiddos 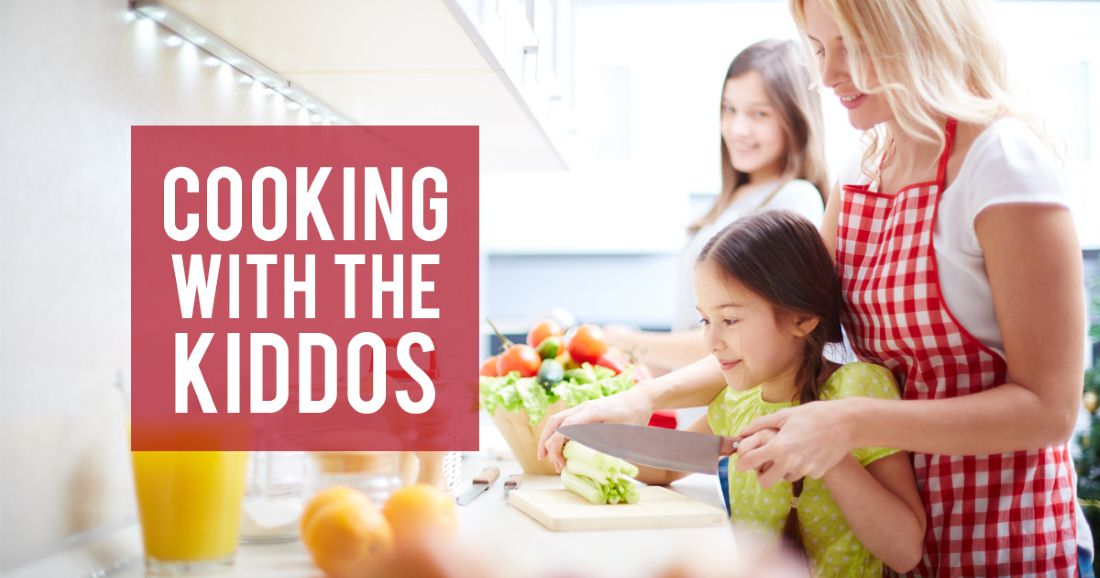 Cooking and libraries are friends. It may not seem like it due to the fact that libraries don’t have kitchens where people can come and cook. But they do have shelves and shelves of cookbooks. Seriously, there are so many books that people can check out that teaches them how to make so many scrumptious things. And every month one of our staff members blogs about a recipe she has made from one of our cookbooks. Seriously. Check out her last Cooking the Books post. Once you read it you will know that the library loves cooking!

Since I work in the Children’s Department, I am interested in the cooking books we have for kids. We also have some shelves with kid cookbooks. And I know a lot of kids who like to cook. They love being “helpers” that measure, dump in, or mix ingredients (although really they specialize in making messes…). Then I got to thinking about what picture books there are that deal with cooking. These aren’t the cookbooks that have recipes to make things, but more of the stories where characters actually do some cooking.

Turns out there are A LOT of picture books that talk about cooking. And in looking at my favorites of these books I realized that there are quite a few specifically about making soup. Who knew?!? So next time you make soup, let the little ones dump stuff in, stir it around a bit, and then pull out one of these fun soup making books and read while dinner simmers. 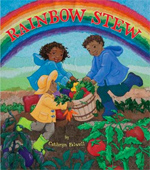 In this book three kiddos are visiting their grandpa. It is raining so Grandpa suggests that they make rainbow stew. This means they tromp outside in their raincoats and pick all sorts of colors from Grandpa’s garden. Then they come inside and get cooking. While the soup is simmering, Grandpa reads books to the kiddos. (See, totally a good idea, eh?) Plus as a bonus there is a recipe for the rainbow stew at the end of the book.

GAZPACHO FOR NACHO
by Tracey Kyle,  illustrated by Carolina Farías
(2014)

This is another book where a kid is cooking soup (I did warn you about that, right?). In this case it is gazpacho soup for a kid named Nacho. Nacho is a kid that is super picky. He doesn’t want to eat anything other than gazpacho—so his mom teaches him how to cook. Then Nacho realizes that he likes cooking and just maybe he should eat more than just his favorite soup. And just like RAINBOW STEW there is the bonus of a recipe at the end of the book. 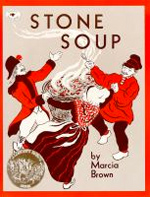 This book is a classic! It is a tale about three soldiers who are on their way home from war. They stop in a village and try to get something to eat. Only, not many people are willing to help—until they trick them all into making stone soup! So, not only does the whole town make soup together, but this book could be a catalyst to talk to kiddos about what being nice and neighborly means to you. 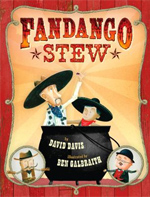 This is a retelling of the classic tale STONE SOUP (see above). The twist in here is that the characters and the setting have a Wild, Wild West flare as well as some Spanish words sprinkled in the text. Anyway, the grandpa and grandson in this story help the people of the town of Skinflint realize that being generous is just as important as anything else. And there are cowboy hats. Imagine cooking soup with cowboy hats! Wouldn’t that be fun? 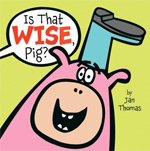 In this silly story Cow, Mouse, and Pig are making soup. (But you probably figured that out since all of these books have been about soup, right?) Cow and Mouse add sensible ingredients (like vegetables). But Pig is silly and tries to add things like galoshes. This book is especially fun since little kiddos will giggle at the fact that they know not to add umbrellas to soup and Pig doesn’t! Seriously. This is hilarious! If you only read one making soup book with toddlers…then this is the book you should choose to read. 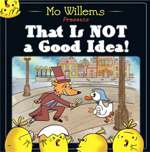 So, this is a bonus book for you. It is a book about making a soup for dinner—only there is a secret ingredient that might not be 100% something that you would add to your soup dinners. So, please read this. And laugh. (Just don’t blame me if the kiddos wonder if the secret ingredient is in your soup…)

Hopefully you and the kiddos in your life will love making soup and reading these books. What type of soup is popular in your households?