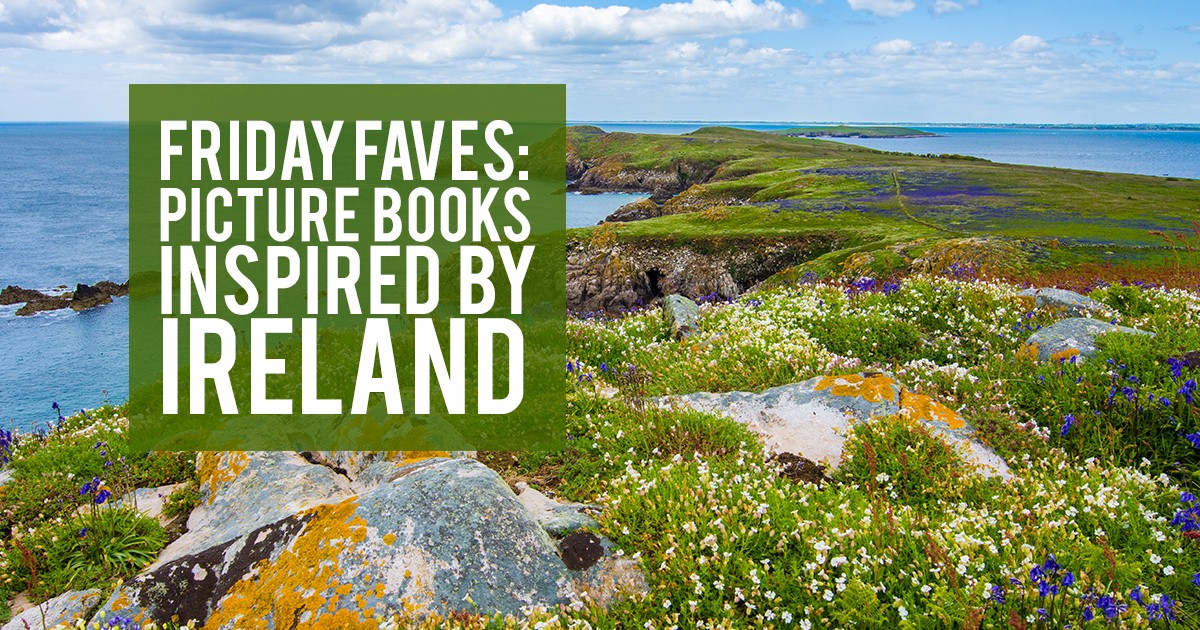 I visited Ireland for the first time when I was 19 years old…and I loved it! It was a beautiful country that really had all sorts of different variations of the color green peppered throughout the landscape. The people were nice, the landscape was memorable, and it was a country that partially stole my heart (which is why I couldn’t help but buy a Claddagh ring while there). Ever since there has been a somewhat soft-spot in my heart for all things Irish—including the celebration of St. Patrick’s Day. Granted, in the US the celebration of St. Patrick’s Day is a little more commercialized and rowdy than any celebration in Ireland…but I still love thinking of that wonderful place and the color green. So, in honor of my happy memories I am going to share my five favorite picture books (that the Provo City Library owns) that celebrate or take place in Ireland. 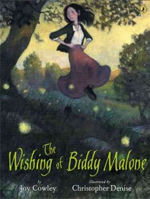 THE WISHING OF BIDDY MALONE
by Joy Cowley, illustrated by Christopher Denise
(2004)

This is a book with fairy folk all over it. Basically Biddy Malone is a girl who often gets frustrated because she can’t dance and sing as well as she would like. One day she gets so angry that she runs out of the house and down to the river. There she meets some fey folk. One in particular asks what three wishes she would ask for. He then says that those things would be hers, which in turn changes her life. I love the determination of Biddy as well as the bit of romance that comes from this fun Irish tale. 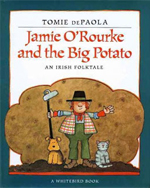 JAMIE O’ROURKE AND THE BIG POTATO: AN IRISH FOLKTALE
by Tomie DePaola
(1992)

Jamie O’Rourke is the laziest man in all of Ireland. One day he captures a leprechaun. Instead of a pot of gold, the leprechaun convinces Jamie O’Rourke to let him go in exchange for a potato seed that will grow to be the biggest potato he has ever seen. And of course, the leprechaun is a tricky fellow and his potato seed causes more trouble for Jamie O’Rourke. This is a humorous Irish tale that has leprechauns to boot—so it is perfect to read to celebrate St. Patrick’s Day! 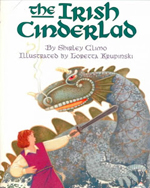 THE IRISH CINDERLAD
by Shirley Climo
(1996)

I love the tale of Cinderella! It is probably my all-time favorite tale. This version obviously takes place in Ireland (I am telling about it for this list after all). The other change is that the main character is a boy (thus the Cinderlad instead of Cinderella). Basically a boy who has a mean stepmother and stepsisters goes off and rescues a princess. Of course they then fall in love…because I am all about the happily ever after that comes in my favorite picture books! 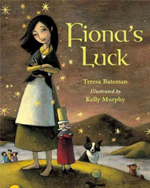 This is one of my favorite tales that have to do with leprechauns! Fiona is a girl who lived in Ireland—a place where luck used to be free and as plentiful as sunlight. But the leprechaun king didn’t like that big people could get all that luck, so he ordered all the other leprechauns to capture it. After that life became hard and miserable for people—the land wouldn’t provide food, animals wouldn’t provide eggs or milk, and life was just plain hard. Fiona decided that something must be done. So she created a clever plan that would (hopefully) get some of that luck back from the leprechaun king. This is seriously a happy book. It is clever (or at least Fiona is!) and shows the tricky characters of leprechauns. This is a good one to read just before St. Patrick’s Day. 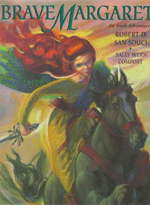 This is one of my all-time favorite folk tales (though it is little known). Margaret is a girl who longs for adventure. One day Simon, the “son of the King of the East”, came to ask for some food for his ship full of men. Margaret agrees to give him her cows in exchange for letting her go with them. While at sea a monster came and demanded that Margaret be sacrificed. Simon refused but Margaret bravely snuck away to save Simon and all his men—and of course she then outwitted the monster, though it cause Simon’s men to be swept out to sea while Margaret ended up in even greater danger. Of course there is a load of romance and adventure (though unlike most traditional tales it is always Margaret—the woman—who goes about doing the saving and having the greatest bit of adventure). Seriously, this is one folk tale that screams, “Girls can do anything!” And that is why it is one of my favorite Irish picture books.