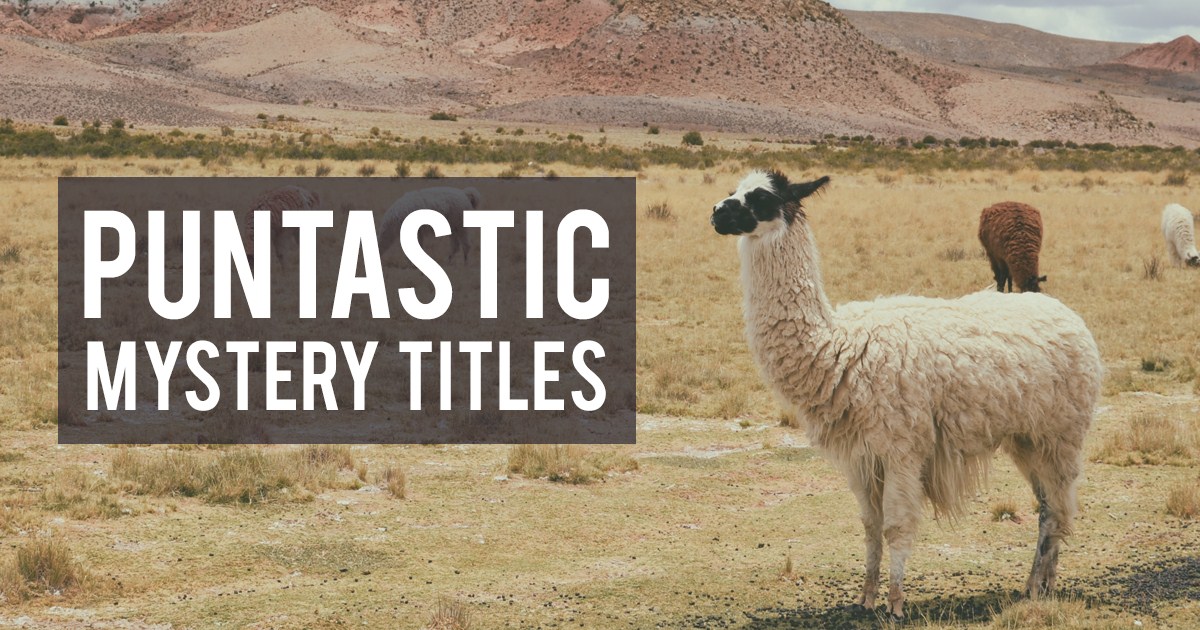 I love a good pun. We have recently been evaluating the mystery section and the titles of cozy mysteries, in particular, frequently feature puns. Below are 10 of my favorites. While I haven’t read any of these books, the titles alone make me want to check them out! 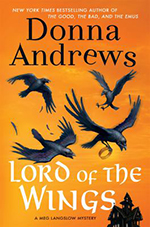 It's Halloween in Caerphilly and the town has come up with another festival to bring in the tourists. Meg Langslow is heading up the “Goblin Patrol,” there's trouble at the Haunted House, and body parts are being found at the zoo. Meg is once again called in to save the day and solve the crime. (Meg Langslow Mystery #19) 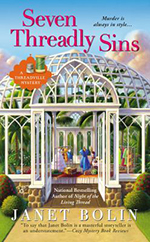 Willow Vanderling has never wanted to be a model, yet surprisingly, here she is voluntarily strutting her stuff in a charity runway show. But the director, Antonio, is making the fashion show a less-than-fabulous affair. After Antonio plays a shocking prank on Willow and her friends, he mysteriously winds up dead—and someone is trying to pin the blame on Willow. (Threadville Mystery #5) 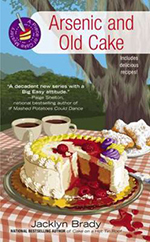 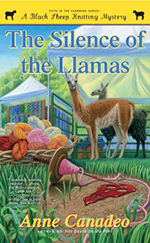 THE SILENCE OF THE LLAMAS
by Anne Canadeo
(2013)

The Black Sheep Knitters attend a thread and fiber festival and end up investigating an attack against the local llamas in this fifth title in the charming mystery series, with bonus recipes and knitting ideas. (BlackSheep Knitting Mystery #5) 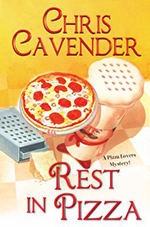 Cozy towns like Timber Ridge—the home of Eleanor Swift's delectable pizzeria, A Slice of Delight—don't take well to prima donna celebrities. So no one is pleased when famous chef Antonio Benet roars into town for a book signing and insults Eleanor, her saucy sister Maddie, and everyone else within earshot.Insults are one thing, however...but a cold dish of murder is quite another. (Pizza Lovers Mystery #4) 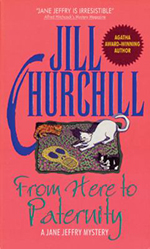 FROM HERE TO PATERNITY
by Jill Churchill
(1995)

Jane Jeffry, suburban sleuth extraordinaire, and her friend, Detective Mel VanDyne, have braved a blizzard to join her friend Shelley at a Colorado ski resort. In spite of having all their kids along, Jane and Shelley imagine a few days of relaxation. But their hopes are dashed on their first attempt to ski when Jane careens into a snowman that hides a very real, and very dead, body. (Jane Jeffry Mystery #6) 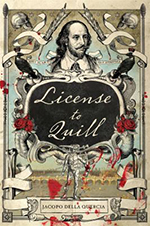 This is a page-turning James Bond-esque spy thriller starring William Shakespeare and Christopher Marlowe. The story follows the golden age of English espionage, the cold war gripping post-Reformation Europe, the cloak-and-dagger politics of Shakespeare's England, and lastly, the mysterious origins of the Bard's most haunting play: Macbeth. You won't want to miss this fast-paced historical retelling! 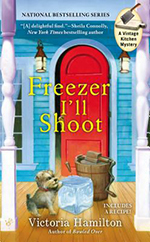 Trying to escape her overbearing mother, vintage kitchenware enthusiast Jaymie Leighton retreats to her family's cottage. While there she hopes to write an article about the Ice House restaurant, owned by good friends and neighbors. One night, Jaymie overhears an argument and, ever the sleuth, sets out to explore. But when she stumbles upon a dead body her blood runs cold. (Vintage Kitchen Mystery #3) 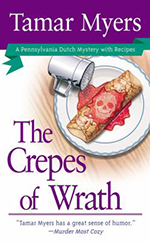 Magdalena Yoder investigates the murder of Lizzie Mast, the worst cook in peaceful Hernia, Pennsylvania, while coping with an influx of new guests at the PennDutch Inn and a killer who will do anything to stop her from uncovering the truth. (Pennsylvania Dutch Mystery #9) 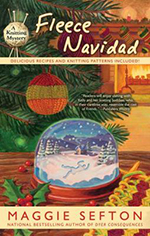 It’s beginning to look a lot like Christmas for the knitters of Fort Connor. Juliet’s new romance has given her an extra reason to be joyful this year. But as soon as she finds happiness, death finds her. Suspicion falls on a newcomer to the knitting group; the crew isn’t convinced of this person’s guilt. It’s up to them to separate the true lion from the lambs before someone else gets fleeced. (Knitting Mystery #6)