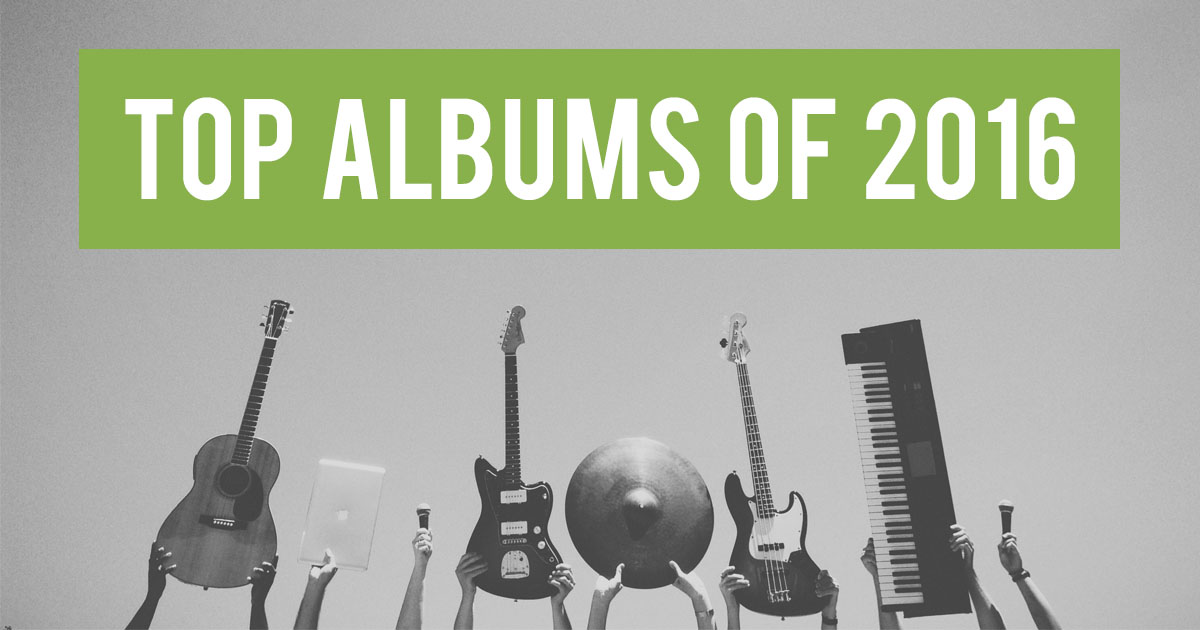 The music landscape has been changing drastically over the past decade or so, and 2016 was the most unusual year of all. CD sales dropped by over 10 percent, downloads dropped by almost 30 percent, and instead more people than ever are streaming music.  In 2016 alone, 45 billion audio tracks were streamed, which is a huge 68 percent increase over the previous year.

Though CD sales might be declining in the larger market, they are alive and well here at the Provo City Library.  We're glad that we're able to give access to current popular (and even older and more classic) music for our patrons.  Thinking on this, I ran the numbers on our best new albums from the past year.  Below is the list of the top 20 circulating albums of 2016 for the Provo City Library – this is what our community is listening to and checking out the most.

Oh and one extra thing: the streaming bug has hit the Provo City Library as well!  Through our new resource, Freegal, you can stream five hours of music every day!  Freegal has put together some nice playlists that you can choose from (with no ads like Pandora and Spotify), or you can make your own playlists from the music available.  This site also allows you to download three songs each week for free, and that's it: you own it.  You can play it anytime from your music player on your phone or computer.  Cool, huh?

Without further ado, here's our list of the Top Albums of 2016.

19. THIS IS WHAT THE TRUTH FEELS LIKE by Gwen Stefani

17. LOVE YOUR LIFE by Hilary Weeks

15. IF I'M HONEST by Blake Shelton

14. DEATH OF A BACHELOR by Panic at the Disco

11. A PENTATONIX CHRISTMAS by Pentatonix- available on Freegal

9. THANK YOU by Meghan Trainor - available on Freegal

8. THIS IS ACTING by Sia - available on Freegal

5. CLEOPATRA by The Lumineers

4. UNCHARTED by The Piano Guys - available on Freegal

2. A HEAD FULL OF DREAMS by Coldplay

It's no surprise that Hamilton comes in at #1 on the list!  The Broadway show has been taking the world by storm, and in 2016 they released an edited version that we were able to add to our collection!  Many of the others are understandable, although a few surprises like Love Your Life by Hilary Weeks are shaped by our unique community.  If you have a favorite that isn’t available on Freegal, don’t dismay, you can still check it out from our library and enjoy the music for free.

A few things that didn’t make the list but are definitely honorable mentions:

TROLLS ORIGINAL MOTION SOUNDTRACK - Available on Freegal – This soundtrack features a host of top musicians and artists, and is catchy to boot!   Your kids will love you for downloading a few of the tracks.

THE VERY BEST OF PRINCE – All of our music by Prince surged after his death in April 2016.

BEST OF BOWIE – The same happened for David Bowie and we needed to buy extra copies of his albums early in 2016.