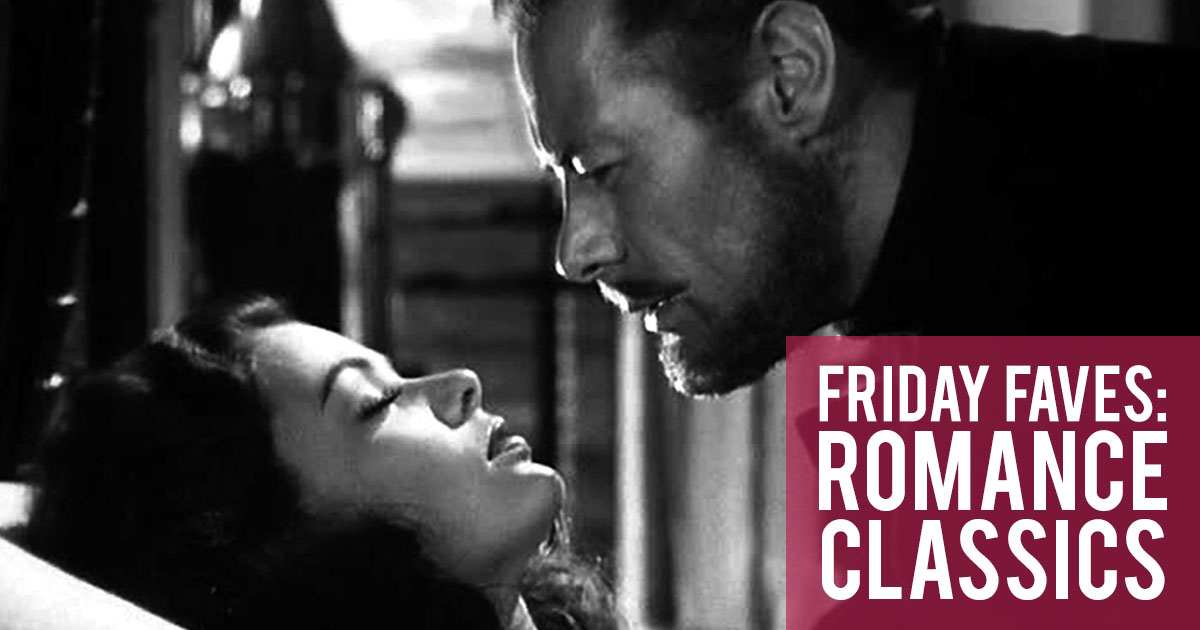 Romantic classics you might not have heard of but should give a try this Valentine’s Day. 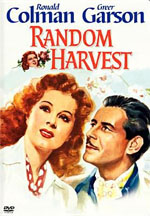 The story of an amnesiac WWI war casualty (Ronald Colman) who is nursed back to health by a lovely showgirl (Greer Garson). They marry and share three years of happiness until he is in accident and his memory returns. If you are crier, you might want a hankie handy. My favorite film of Greer Garson’s; I like it even more than her Oscar winning film MRS. MINIVER. 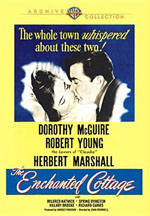 After a crash disfigures WWII pilot Oliver (Robert Young), he hides from his family and friends in a seaside cottage where he befriends the homely maid Laura (Dorothy McGuire). Along with Random Harvest, this is my all-time favorite romantic film. Great supporting cast—Mildred Natwick is a gem in whatever film she does—a wonderful music score, and a plot that describes how love truly is blind, in a good way. A must watch film. 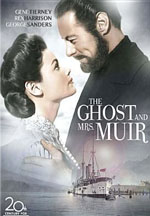 THE GHOST AND MRS. MUIR
Directed by Joseph L. Mankiewicz
(1947)

At the turn of the century, a young widow (Gene Tierney) and her daughter move into a cottage on the English coast. The cottage is haunted by the ghost of the previous owner (Rex Harrison), a former sea captain, creating a humorous and romantic storyline. Look for a young Natalie Wood playing the daughter. 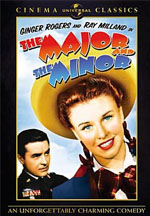 THE MAJOR AND THE MINOR
Directed by Billy Wilder
(1942)

Frustrated with living in the city, a young women (Ginger Rogers) decides to return home to the country. She realizes she doesn’t have enough money for the train fare so disguises herself as a youngster in order to get a cheaper ticket. What she doesn’t count on is finding herself in a whole heap of grown-up trouble when she hides out in a compartment with Major Kirby (Ray Millad), and he insists on taking her to his military academy after the train is stalled. You have to suspend belief a bit to think Rogers is younger than she appears, but it is entertaining fun! Great moments like the parable of the light bulb and new takes on how to use military strategy as a pick up line make this film memorable. 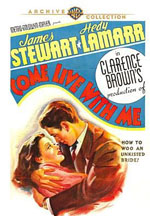 COME LIVE WITH ME
Directed by Clarence Brown
(1941)

When beautiful Austrian political refugee "Johnny" Jones (Hedy Lamarr) is about to be deported, her married lover comes up with the solution of a marriage of convenience to a flat-broke writer Bill Smith (James Stewart). But before Stewart grants her the divorce, he asks her to accompany him to his grandmother’s house out in the country. You will never look at fireflies the same way again.