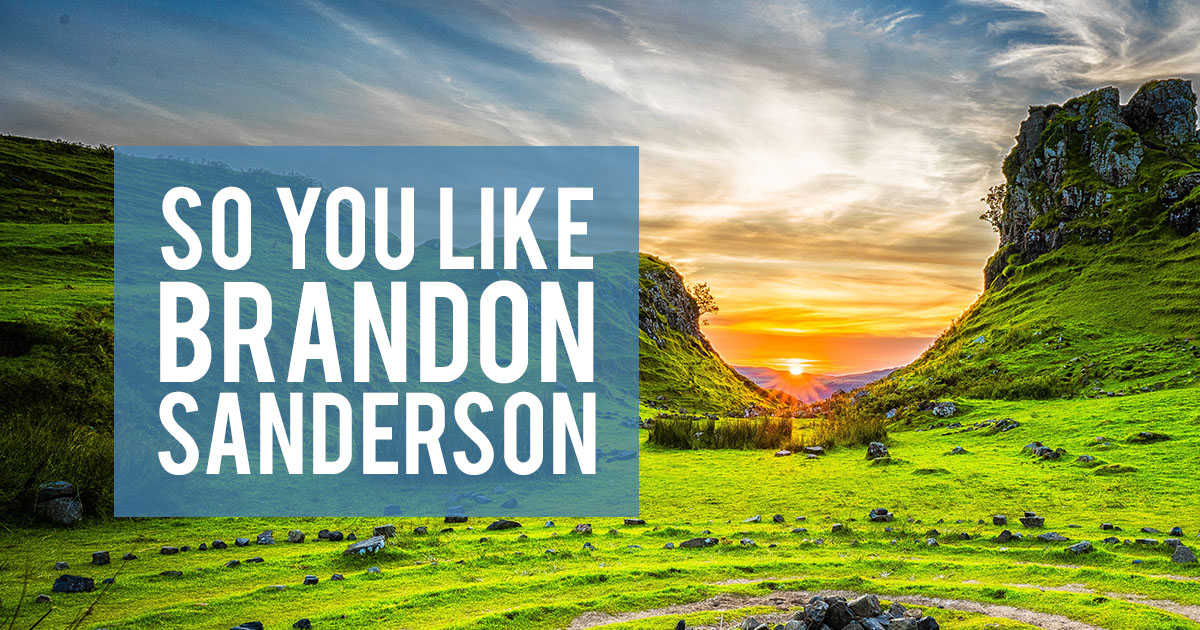 So you’ve already read all of Brandon Sanderson’s books.  In fact, you’ve read everything he’s ever written, including the novellas. Now you’re bored out of your mind waiting for the next STORMLIGHT ARCHIVE book to come out because it’s taking FOREVER. So, what do you read? Well, there’s always WHEEL OF TIME. But either you’ve already read that (being the good Sanderson fan that you are) or you couldn’t muscle your way past Robert Jordan’s ridiculous verbosity. There are classics out there like LORD OF THE RINGS and David Eddings’ BELGARIAD, but to be honest, they’re a little slow. You want something new, something fresh, something that’s going to keep you turning pages until two in the morning. You know, something Sanderson-esque. Well, there aren’t any exact duplicates out there, but there are some that come pretty close. Here is a list of books that pass the “Sanderson test”—they’re Fantasy at its most engaging, most well-written, most complex, and most downright fun to read. 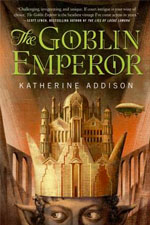 THE GOBLIN EMPEROR
By Katherine Addison
(2014)

The youngest, half-goblin son of the Emperor has lived his entire life in exile. But when his father and three older brothers are killed, he has no choice but to take his place as the only surviving rightful heir.

Though I thoroughly enjoyed this book and it had a great critical reception (it was nominated for the Nebula, Hugo, and World Fantasy awards), it has a lot less action than a Sanderson fan might expect. Sanderson does a little bit of court intrigue, but this book is ALL court intrigue. The writing is fairly good, but the formal “court language” has a lot of “thou” and “canst not,” which is a little annoying at first. 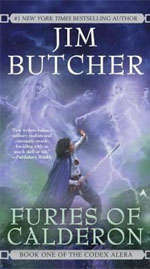 FURIES OF CALDERON
By Jim Butcher
(2004)

In the land of Alera, where people bond with the furies--elementals of earth, air, fire, water, and metal--young Tavi struggles to cope with his lack of magical talent.

Not only does this book have an engaging plot set in a detailed world, it also has a totally unique Sanderson-esque magic system! The writing is fairly good and mostly disappears behind the plot and characters. 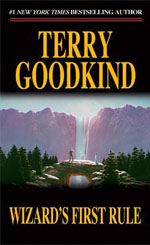 A beautiful woman falls into Richard Cypher’s life shortly after his father’s violent murder. When she reveals that her quest is to find the legendary Seeker of Truth to stop the evil Darken Rahl, Richard agrees to help.

Though this book is older than the others and draws on a lot more classic fantasy tropes than Sanderson ever would, Goodkind problematizes those tropes in a very modern way. He adds moral quandaries and self-doubt to his good characters in a way that reminds me of Dalinar in THE WAY OF KINGS. Overall, though, I would only recommend this one if you enjoyed THE WHEEL OF TIME in addition to Sanderson’s other works, since that means you have more of a taste for 90s fantasy epics like this one. 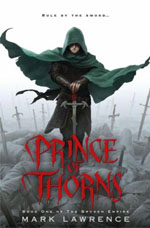 PRINCE OF THORNS
By Mark Lawrence
(2011)

After years leading a band of bloodthirsty thugs, Prince Jorg Ancrath returns to his father’s castle to reclaim his birthright, but faces magic and treachery once he arrives.

Prince of Thorns is pretty engaging right from the start, with Jorg gloating over a town he has just ravaged and already making plans for his future rise to power. The night I read my sample of this one I actually stayed up until 2am because I couldn’t put it down. The main difference between this and Sanderson is that while Sanderson’s characters are usually fundamentally good, Jorg is fairly evil. You’re definitely rooting for him to become king, especially after everything that’s happened to him, but he frequently will cut up his comrades simply because they annoy him.

Cleanliness: First, violence. There’s a lot of it, and it’s fairly graphic. Second, swearing. There is plenty of the word “fecking,” mixed in with some actual swears. Third, sexual content. Jorg’s thugs definitely participate in the rape part of rape and pillage and the group visits a lot of whore houses when they’re in town. If those things don’t deter you, though, (and it’s nothing as bad as GAME OF THRONES) you’re in for a treat. 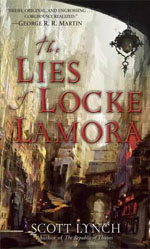 Sold into a crew of thieves as a child, Locke Lamora’s natural gifts soon make him an underworld celebrity. Forming a crew of Gentleman Bastards as an adult, he vows to take down the city’s crime boss.

Cleanliness: Swearing. Big time. A lot. More than I’ve read in any book in quite some time. 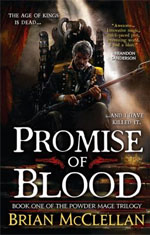 PROMISE OF BLOOD
By Brian McClellan
(2013)

After staging a coup, Field Marshal Tamas inadvertently provokes a war with the Nine Nations, forcing him to rely on his estranged son and a retired police inspector.

This book is actually written by one of Brandon Sanderson’s writing protégés. McClellan attempts to capture Sanderson’s style while putting his own fantasy spin on the French revolution. Though the writing is occasionally rough (it feels like a first novel—lots of potential but not yet polished), the magic system is super cool, and Sanderson himself called the book “Just plain awesome.”

Cleanliness: Very close to Sanderson levels. There is a tiny bit of swearing, but not much. 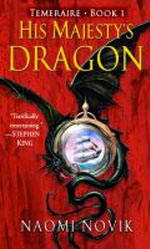 When the HMS Reliant captures an unhatched dragon egg, Captain Will Laurence is swept into a kinship with it and joins the elite Aerial Corps.

This one is a little out of the box, since it’s a historical fantasy that takes place during the Napoleonic Wars rather than an epic high fantasy. It’s engaging, the characters are compelling, and though it isn’t a mirror copy of something Sanderson would write, I still think that most of his fans would find it well worth a read. 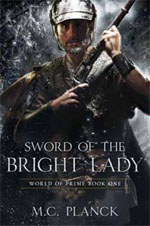 After stumbling into a magical medieval universe, mechanical engineer Christopher Sinclair agrees to serve as a priest and solider to the Bright Lady.

My main beef with this book is its ultra-choreographed beginning. Christopher has to wonder if he’s dreaming at least 50 times before he finally gets with the program. Once he does, though, things get better. There’s definitely a fun CONNECTICUT YANKEE IN KING ARTHUR’S COURT aspect to it where Christopher uses his knowledge of modern technology to his advantage in a medieval world. It also has some nice moral ambiguity thrown in, since the decision between siding with the goddess of healing or siding with the god of war is more complex than it first appears. Definitely not as well written as Sanderson’s stuff, but still pretty popular with his crowd. 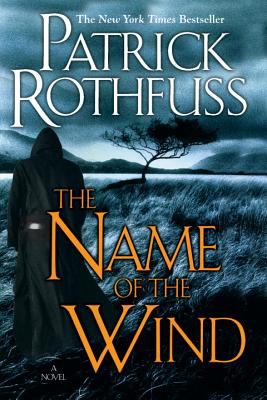 THE NAME OF THE WIND
By Patrick Rothfuss
(2007)

A magically gifted young man named Kvothe recounts his transformation into the world’s most notorious wizard, musician, thief, and assassin.

You’ve probably read this one already. If you haven’t, you need to. This book is not only the best fantasy of the 21st century (yes, I’ll fight you over that), it has also has this ringing endorsement from Sanderson himself: “Masterful.... There is a beauty to Pat's writing that defies description.”

Cleanliness: The first book is just as clean as Sanderson, but the second book does have a good amount of sexual content.