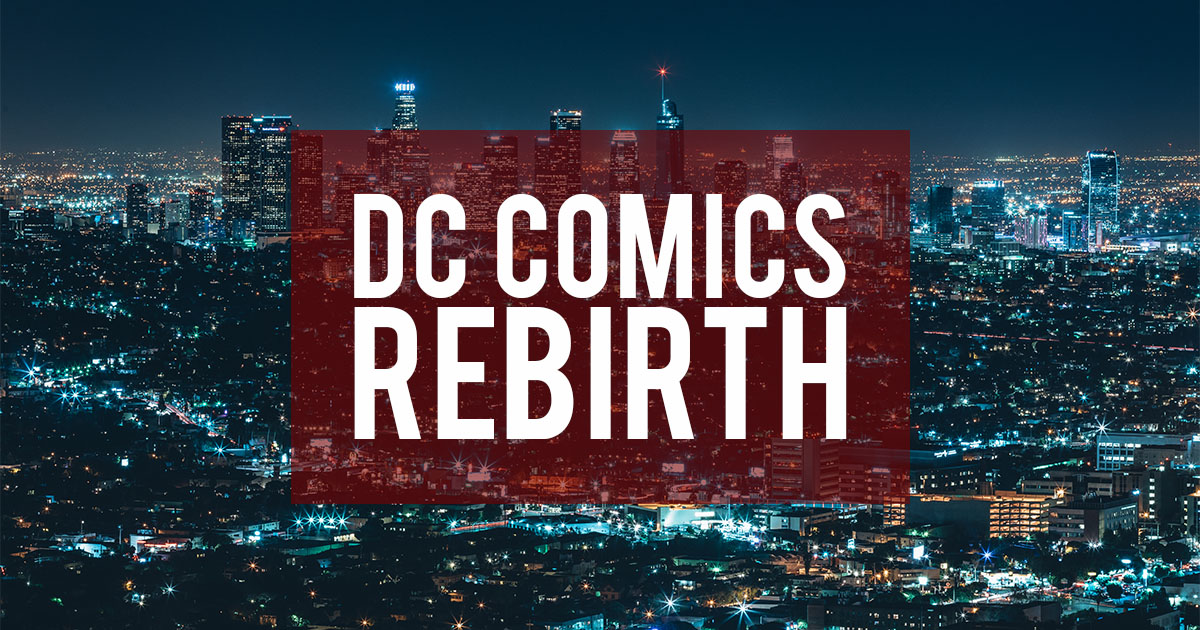 Like superheroes? Enjoyed the Marvel movies or the DARK KNIGHT trilogy? Have The Flash queued up on Netflix? Then I have some big news for you. DC—one of the big two comic companies and home of Superman and the Justice League—is about to change everything. Though they keep saying that it’s not a reboot, DC is going through a renaissance and they’re calling it (appropriately) “Rebirth.”

Those familiar with comics know that only five years ago DC DID have a reboot. They pared down their myriad titles to a mere half a hundred, started them all over at #1, and called it “The New 52.” More than just the number changed; instead of continuing any of the existing storylines, DC tried for a complete reset, wiping away all the alternate universes, the time travel, and the deaths and restoring all the heroes to their Silver Age prime. Essentially they dropped all the “baggage” and tried to create a simpler, grittier timeline to attract new readers.

While this theoretically sounds like a good idea, it didn’t work. To start with, company politics resulted in bad author-series pairings. Obscure titles like SWAMP THING were foisted onto award winning writers and artists, while JUSTICE LEAGUE languished in the hands of newcomers. More vitally, however, DC discovered that when you tear away all the history of a character—their losses, their triumphs, their friendships and rivalries—you tear away most of their personality as well. The New 52 superheroes felt bland, dated, and pointlessly gritty. Coming from a girl whose favorite comic writer is Alan Moore, I can say that there’s definitely a time and a place for grit. But there’s got to be something deep and powerful to back it up. When the Joker beat Robin to death with a crowbar in THE KILLING JOKE, there was a REASON for Batman to be dark, violent and brooding. When that history was wiped away by New 52, Batman just seemed melodramatic.

That’s not to say it was all bad. I personally loved New 52’s AQUAMAN, and WONDER WOMAN was a fortuitous mix of creative art and good writing. But the good stuff wasn’t enough. Not only did New 52 fail to attract new readers, it also lost decades of loyal fans. So it isn’t entirely surprising that, five years later, they’re trying something different. Though “not a reboot” (probably because the last one went so poorly) Rebirth plans to start all its series over again at #1 and reinstate all the canon that was lost in New 52. 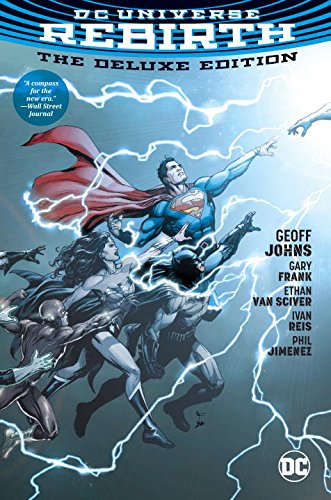 To start it all off, DC has published a big, game-changing cross-over comic titled “DC Universe: Rebirth.” It takes the form of an 80 page one-shot that’s supposed to have the impact that CRISIS ON INFINITE EARTHS had in the eighties. Not to give too many spoilers, it starts with the reappearance of Wally West (aka Kid Flash), one of the many characters excluded from The New 52. He breaks into the New 52 universe (using the speed force, how else) to warn Flash and the other members of the Justice League that they’ve been toyed with. That 10 years of their life and memories have been stolen by Doctor Manhattan (from WATCHMEN), reducing them from their mature, legendary status to new heroes again.

So we see the mechanism by which all the old history is going to be brought back. It’s important to note, however, that DC isn’t completely disregarding everything that happened in New 52. All of that will remain in-canon, just added onto all the old stuff. So it’s going to be messy, but as we’ve learned from the past, sometimes messy can be good.

Have I caught your interest? Ready to read? Our library will be purchasing DC Universe: Rebirth Special to get you started. Anything beyond that, though, is up in the air. If you have a hero you like and you’re excited to see what they’re up to post-Rebirth, let us know! Our purchaser is much more likely to get a particular title if he knows someone wants to read it. I’m excited to get to read what you guys request and I’m crossing my fingers for how this turns out. Hopefully second time’s the charm for DC.