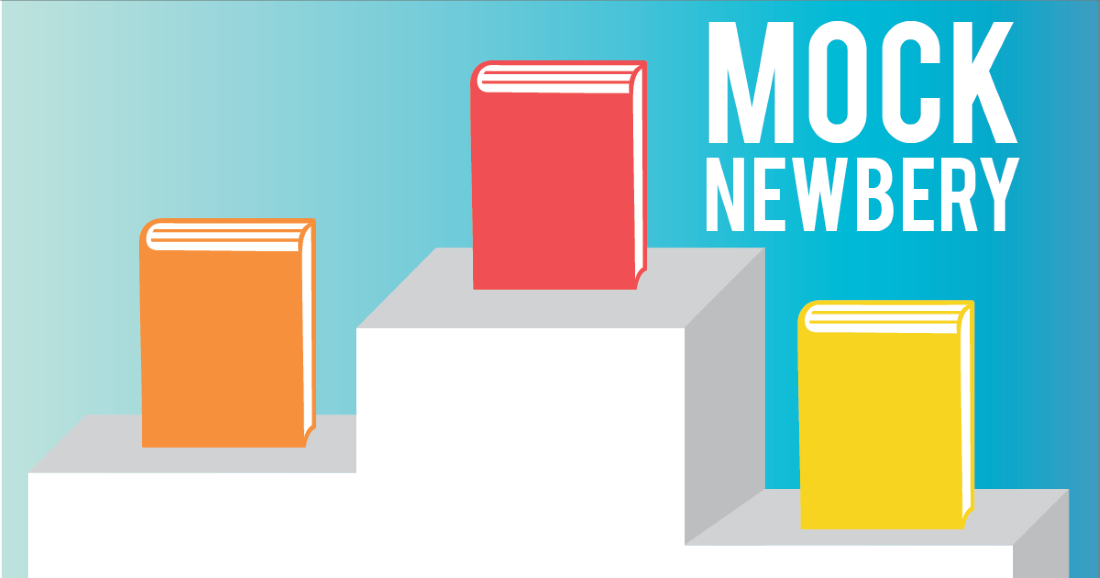 For the first time this year the Children’s Department of the Provo City Library hosted a Mock Newbery. The announcement of the real Newbery Award Winner will be announced on Monday, January 23rd. But we decided we wanted to figure out what we would consider to be our top pick for the most distinguished writing for children ages 0-14 years old. We narrowed the list of potential candidates down to 15 titles (thanks to a rubric of how many starred reviews they got, if they were mentioned in other Mock Newbery blogs, and a book club vote). After a few hours of talking, here is what we came up with. 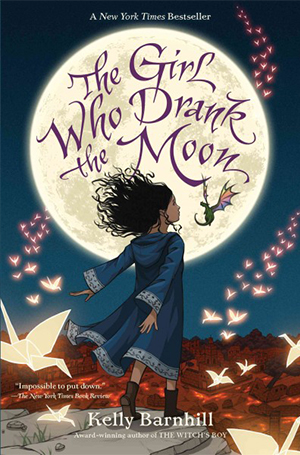 THE GIRL WHO DRANK THE MOON
By Kelly Barnhill
(2016)

This is the story of a people who every year sacrifice their youngest child to a witch. Only the witch doesn’t really eat/kill the child like the people think. Instead she saves the children from death in a dangerous forest and takes them to other villages, feeding them with starlight and giving them to families who eagerly wait to raise the “Star Children” as their own. One year, the witch accidentally gives the child a bit of the moon to drink, which causes her to have magical abilities. Unable to resist raising the child as her own, the witch keeps the girl, a decision with far-reaching consequences.

This is a beautiful fantasy book. The writing is lyrical, and would be delightful to read out loud. We enjoyed the way that various perspectives and stories wove together to create one novel. We loved the characters and felt that even the minor characters were well developed. Barnhill’s world-building skills are top notch; we are intrigued by the world she created that at once feels entirely unique but also incredibly accessible. We also liked how fear became its own character that was a force to be reckoned with. There is mystery, there is danger, there is madness, and love, and courage of all kinds. All in all, this was a great book that we hope will also get some recognition on the 23rd.

We also chose three honor books; all of these were someone’s favorite and were hotly debated as to whether they should be our winner. They are: 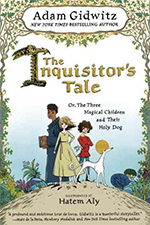 THE INQUISITOR’S TALE: OR, THE THREE MAGICAL CHILDREN AND THEIR HOLY DOG
By Adam Gidwitz, Illuminated by Hatem Aly
(2016)

This is a story of three children who are magical in their own right. The children are shunned by a medieval society and soon realize that as they go on their life’s journey that all is not quite what it seems.

Our Mock Newbery committee liked how this story seemed different from anything that most of us have ever read before (it may be described as Canterbury Tales, Jr.). We enjoyed how the humor, history and storytelling were interwoven with ideas that are relevant to discuss today. And the moment when we realized just who the narrator was—that was a powerful moment! All in all, we hope this book gets some recognition next week as well. 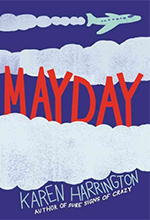 This is a story of Wayne, a kid who likes facts and struggles with family issues (obnoxious grandpa, divorced dad who doesn’t understand him, and an uncle who died in the war). We specifically liked Wayne as a character. We thought he was well written and a kid any of us would like to have come to our library so that we could meet him. We liked all the side characters. The grandpa and friends seemed as well developed as Wayne. And we liked the pacing and the story arc. This was another beautifully written middle grade novel that will get kids thinking about their words and what they would say if they could (or couldn’t). Again, this would be another great choice—in our opinion—for an award. 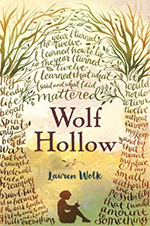 This is the story of young Annabelle (who learned a lot the year she turned twelve). Annabelle lives in a relatively quiet world…until Betty comes to live in her area. Betty turns out to be quite a vicious bully. In fact, a lot of hard, sad things happen to people and the community as a result of Betty’s actions. Our Mock Newbery Committee agreed that this was a beautifully written story. It seemed like each word and sentence was chosen with care to make the most of this story. The characters are strong and create strong emotional reactions that seemed to haunt many of our committee. Also, this is a book with a lot to discuss. There were lots of questions and thoughts that came about because of this book. And bits of it stayed with many of us long after we had read the book. By far this book sparked the liveliest debate among the committee, with passionate readers arguing for and against it. In the end, our committee felt that this book deserves some recognition next week.

So there you have it. Our top four books for our Newbery pick. Now if only we can wait a few more days to find out just what the real Newbery Committee has chosen for their winners! What books would you choose for the Newbery this year?