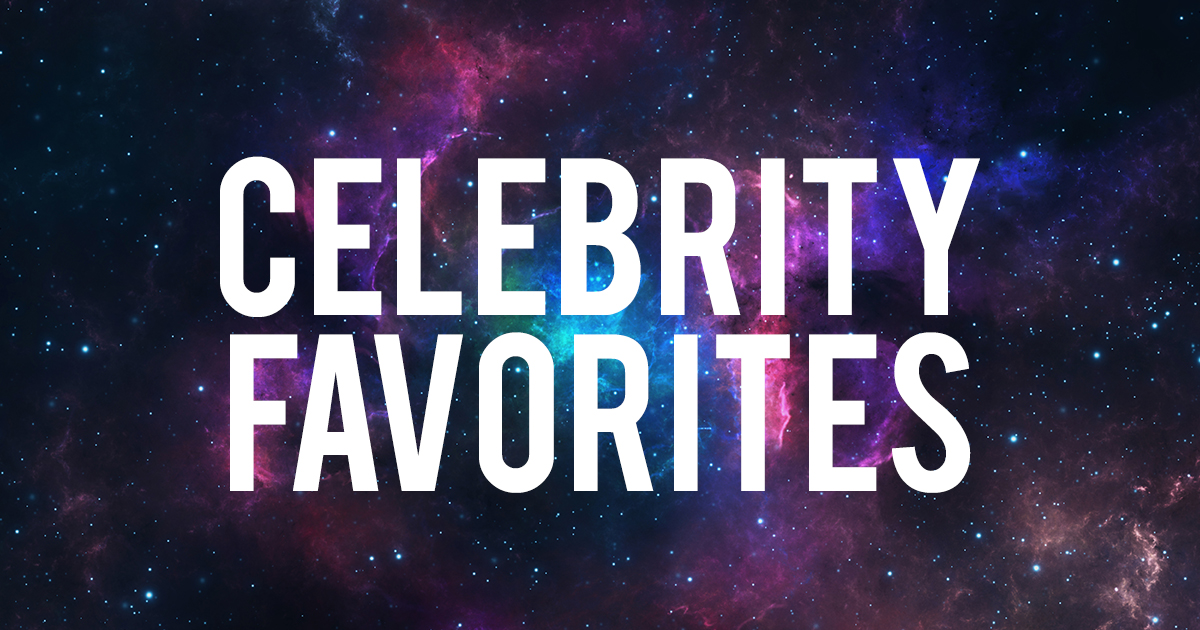 It’s my last week working here at the library, so I decided to indulge myself and write about some of my favorite things: books, and my celebrity crushes. These are the men that make my heart go all aflutter. Admittedly, I’m not an expert on any of them. But I figured that if I can waste time admiring their physiques, following them on social media, and reading articles about them, I may as well get a peek inside their heads and find out what their favorite books are.

The difficult part for me was deciding which of these celebrities to write about. Hugh Jackman (who I’ve had a crush on since I was twelve) has an entire article where he explains the personal significance behind his favorite books, like Muhammad Yunu’s BANKER TO THE POOR and John Steinbeck’s GRAPES OF WRATH. Hugh seems to be an avid reader, in addition to his many other hobbies, such as fighting world poverty, gluten-free cooking, practicing his yoga headstands, and speaking out about the importance of sunscreen. 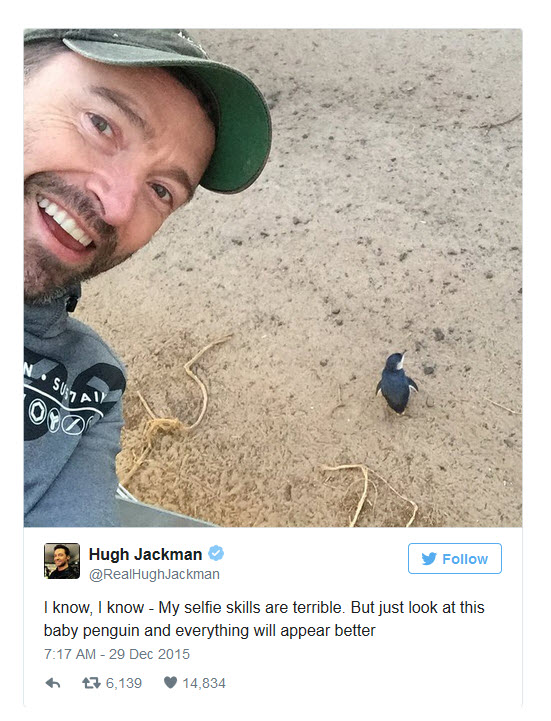 We get it, Hugh. You’re perfect.

Then, there’s Harry Styles, the mysterious and artsy member of the British boyband One Direction… which may or may not still be a band, now that Zayn left to make his own music and date supermodels. During their hiatus, Harry has been busy getting ready for his major acting debut (a World War II movie directed by Christopher Nolan), Louis’s had a year of ups and downs, Niall released a single, and all Liam seems to do is sit around tweeting and wearing athletic wear.

Harry has never explicitly stated which book is his favorite. To be fair, he’s been pretty busy since he got famous on the X Factor at age sixteen—I imagine there isn’t much time for pleasure reading when you’re constantly touring, recording, or on-set. But there’s a few paparazzi shots of him reading books while he’s traveling, such as the philosophical poetry of Rumi. I take this as further evidence that he and I are destined for each other; Rumi has been one of my favorite poets ever since reading a compilation of his spiritual verses for my Humanities of Islam class two years ago. 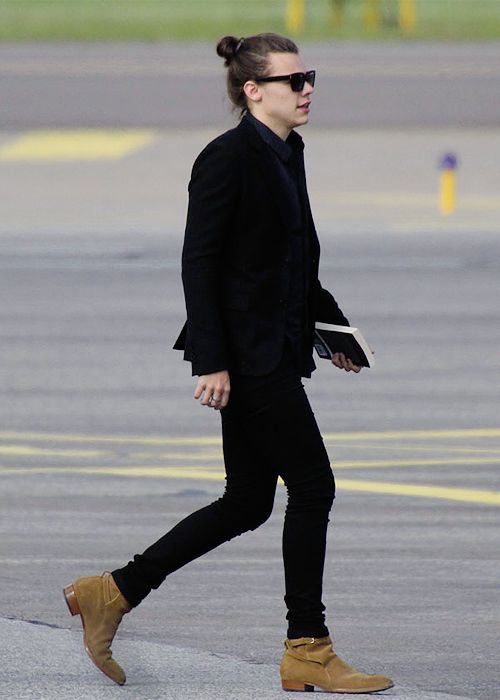 This isn't the most flattering picture of Harry... but I own the same book he's holding, so I think that's pretty neat.

This list wouldn’t be complete without love-of-my-life Paul McCartney—a young Paul McCartney, not the version who’s fifty years my senior. The post-Beatles, sheep-raising, vegetarian Paul living in Scotland and starting up his band Wings. 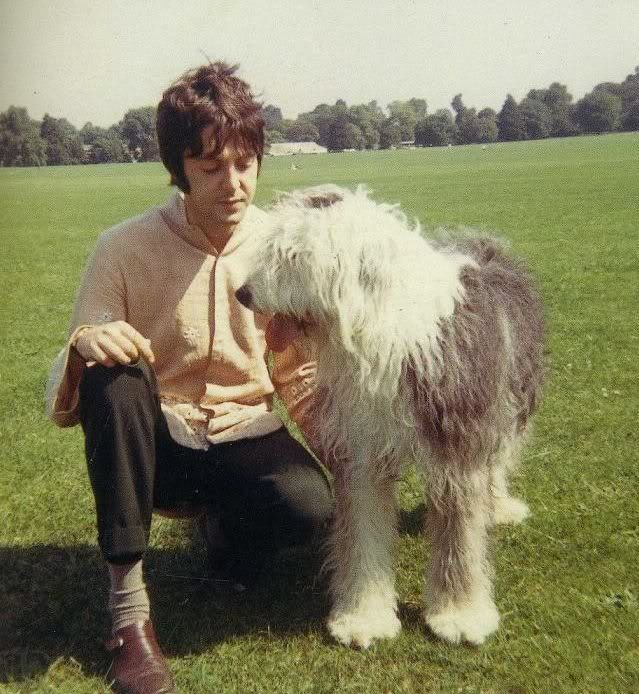 I read Philip Norman’s new 800-page-biography on Paul last summer, and have spent many a late night watching all of Paul’s interviews through the decades on Youtube— but I still had to do a little bit of digging to figure out his literary interests. He discusses in this interview how bedtime stories and the writings of Lewis Carroll influenced both him and John Lennon’s songwriting. His favorite author is Charles Dickens—NICHOLAS NICKELBY is his favorite. Paul also collects books, according to a Twitter question-and-answer session he did a few years ago, but he hasn’t given any hints to what’s on his bookshelf in the last few years (again, too busy touring). However, we do have the children’s picture book he wrote, HIGH IN THE CLOUDS, available on our library shelves.

And, last but not least, there’s Leonardo di Caprio. Oh, Leo. Beautiful Leo. I’ve always admired him as an actor, from his younger roles in WHAT’S EATING GILBERT GRAPE and Baz Luhrmann’s ROMEO + JULIET. (Baz Luhrmann is, of course, right next to Hugh Jackman on my list of Australia's Best Gifts to the World.)

I didn’t truly appreciate Leo until I saw him in THE GREAT GATSBY. It happened to come out at the end of my junior year of high school, after my English class had read the novel together. That movie—also directed by Baz Luhrmann, further proving Baz’s creative genius—was beautiful and magical and its tragic ending left me bawling in the theater. BAWLING. (Granted, it was finals week so my emotions were rather high-strung.) Anyway, with shots like this, it was hard not to fall for Leo. 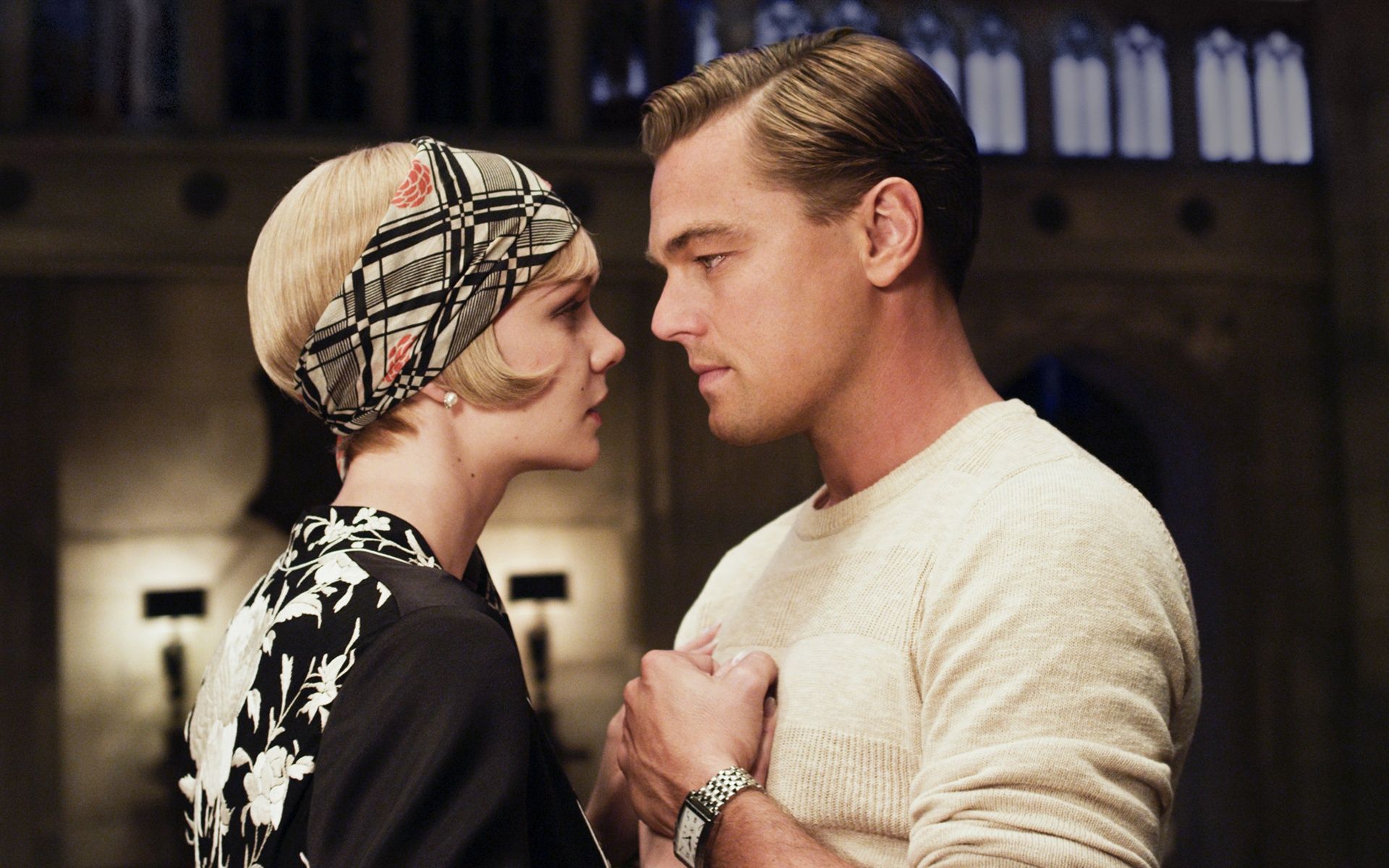 Leo’s favorite book is THE OLD MAN AND THE SEA. This book Ernest Hemingway's classic about an unlucky old Cuban fisherman trying to catch a giant marlin. While Hemingway fervently denied that there was any deeper symbolism or allegorical storytelling going on here, I think the overarching theme of this book is one which says a lot about Leo’s personality.

First off, Leo likes the ocean. We know this from his avid efforts in marine conservation and his roles in movies with oceanic settings, like THE TITANIC. His entire Instagram is dedicated to posts about environmental activism, and he’s even attended a few of the same conferences as my dad, a conservational scientist. (They haven’t actually MET… but they were in the same auditorium at least, which is enough to make me envious. Maybe one day he'll introduce me.) 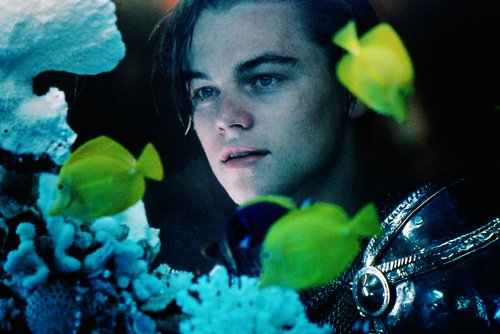 My point is that THE OLD MAN AND THE SEA has both oceans AND fish. It’s Leo’s perfect pleasure read. A win-win situation. The only way this book could be any better for Leo is if Hemingway had included a chapter about how to practice sustainable fishing, as well as an epilogue warning of the devastation of global coral reef bleaching.

This book is also relatable to his own life; he probably sees it as an allegory to his acting career. While Santiago, the old fisherman, was experienced and definitely qualified to catch a giant marlin, he didn’t have much luck. (Okay, okay, Santiago DID catch a marlin, but it ended up getting devoured by sharks so I feel like the comparison still stands.) Similarly, Leo was an experienced actor and nominated for an Academy Award on four separate occasions. However, that Oscar always seemed to get away. Maybe Leo thought his luck had run dry, just like the old fisherman.

Fortunately, Leo’s story has a happier ending-- in the 2016 Academy Awards, Leo caught his big ol’ Oscar as Best Actor in the film adaption of THE REVENANT: A NOVEL OF REVENGE. Leo has finally achieved his goal, and even used his acceptance speech to raise awareness to the plight of climate change.

So there you have it. From Steinbeck to Rumi, I feel like my good taste in celebrity crushes is reflected well by their good taste in literature. Admittedly, knowing all my celebrity crushes’ favorite books is a rather useless bit of information. But at least I can rest assured knowing that if I ever run into Leo at a conservation conference, at least I can impress him with my knowledge of this Hemingway classic.