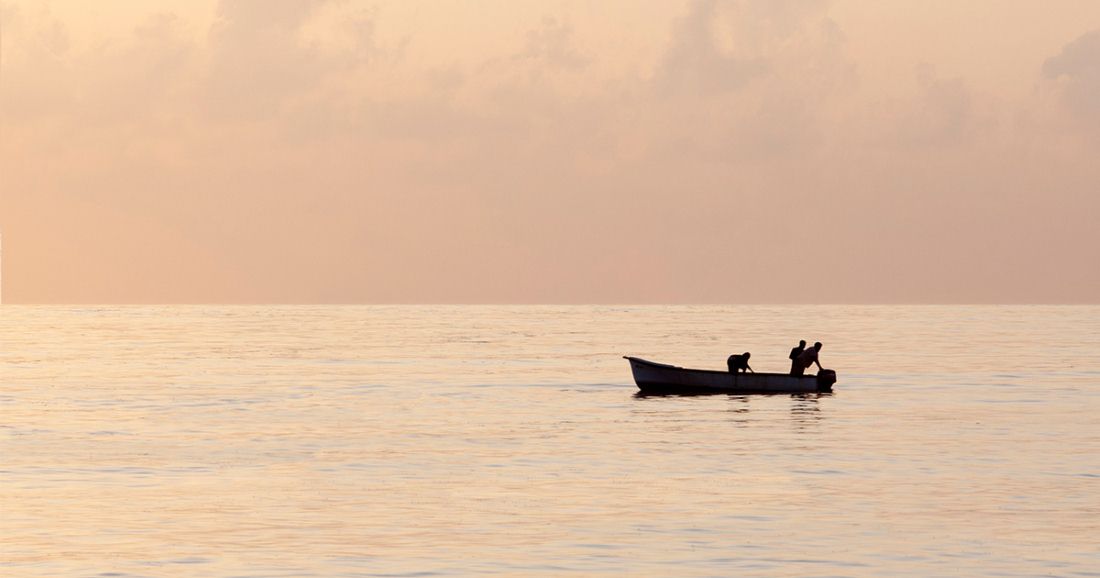 Let’s face it. The world isn’t always a wonderful place. No matter how much you look at it there are just some events that are awful. But how can grownups help little ones understand what is going on without scaring them or shocking them with too much information? Enter these two new picture books that portray refugees fleeing their home countries—yet deal with the events in such a sensitive way that little readers are not too upset after having read the book.

THE JOURNEY
by Francesca Sanna
(2016)

This book tells the tale of a family who used to love to spend weekends together at the beach. But then war came and the “war took my father.” Life gets darker. The illustrations get darker (as in more black and dark colors, not in gruesome details). The mother decides to flee with her two children. Thus the title’s “journey” begins.

At the beginning of their travels the people that are helping the family look very detailed. Then later when the family encounters soldiers or “a man we have never seen” the details are more generic or downright basic (the soldiers all look the same, the “man” is depicted as just a shadow). This gives a sense that the story is building to a crescendo (will they be able to leave and is this story bigger than just this one family?). There is also one picture that melts my heart. At one point the children are being comforted by their mother. Eventually the kids go to sleep and “mother is with us and she is never scared.” However, the illustration of the mother is of her with tears streaming down her face while she holds her sleeping children. The power of the mother’s hopefulness for her children just touches me.

With a hopeful ending and darkness in color rather than disturbing imagery, this is a powerful story that can help young readers understand what is happening in other parts of the world.

ADRIFT AT SEA: A VIETNAMESE BOY’S STORY OF SURVIVAL
by Marsha Forchuk Skrypuch with Tuan Ho
Art by Brian Deines
(2016)

In this biographical story, readers learn about Tuan and his journey out of Vietnam with his mother and two sisters. Tuan’s father and oldest sister had already left Vietnam and had made it safely to Canada. Now Tuan, his mother, and two more sisters start their journey to have a better life (and how heartbreaking that they had to leave the youngest sister because she was too little to travel yet). The family along with an aunt and some cousins sneak away in a truck. Then they must run to a skiff amid a volley of bullets from soldiers in the distance. There is the long period of drifting on a boat and hoping that they will be found and rescued. Finally, there is an American ship that rescues them and helps them survive.

This is a powerful story about a family’s courage. Topics such as soldiers shooting at them, hunger, and survival are interwoven into the story; however, it is done in such a way that some of the sensitive readers will still be able to handle reading the book. The book also includes photographs and extra information to explain what happened to this real family (and don’t worry—it is a happy conclusion).

So, if you know children who are concerned about what is happening around the world, these are two excellent books that can help start a conversation about what is going on. These books don’t explain everything that is going on and they don’t touch on the humanitarian horrors that are happening. But it is a good starting place to open a conversation and help a child understand the importance of some journeys. And with a little touch of hope at the end, the stories also remind us that there still is good in the world—even amidst some of the darkness.