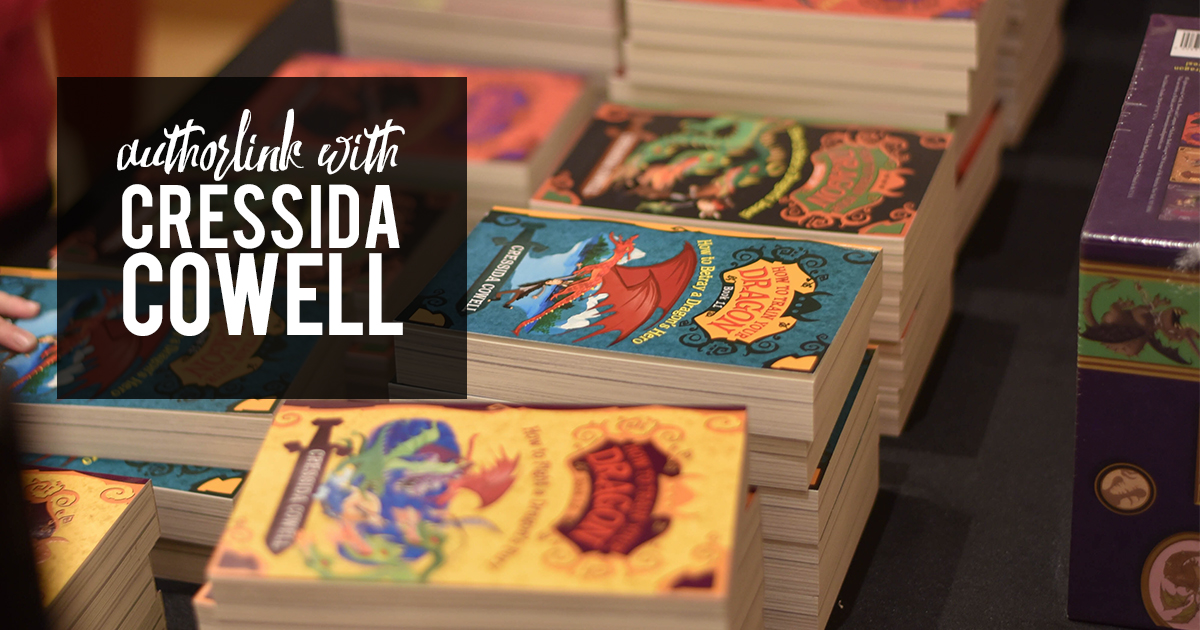 Cressida Cowell, author and illustrator of the HOW TO TRAIN YOUR DRAGON series, spoke at the Provo Library Monday, November 14 on the inspiration for dragons and writing that she received as a nine year-old girl.

“How to Train Your Dragon is sort of is a true story from my childhood, which seems a bit unlikely,” says Cressida. “When I was nine years old, I was always writing, I was always reading, but I didn’t know that being a writer was something I could be.”

Growing up in London, Cressida spent every summer of her childhood with her parents on a deserted island off the west coast of Scotland. 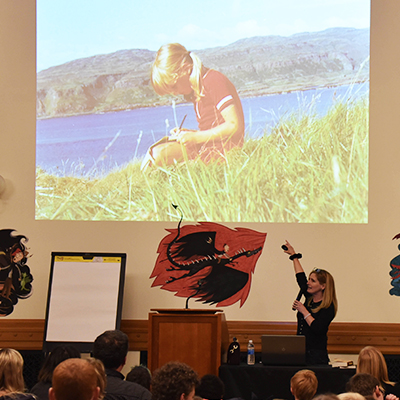 “A long time ago, real Vikings came down the coast from Norway and lived on that island,” explains Cressida. “I used to play and imagine what it would be like to be a Viking and that the storm was the sound of the dragon waking up.”

The Vikings believed that dragons existed and the stories they left behind sparked young Cressida’s imagination.  She credits the mysterious stories of dragons in the caves she explored and the very real, strange creatures she met while fishing in the ocean as the source of her storytelling because the task of a writer is to make the reader believe that the story is true.

“Writing is like telling a really big lie. The more detail you put into the lie and the more you base it in a tiny vein of truth the more it comes to life,” says Cressida. “You have to treat your fantasy as if it’s real.” 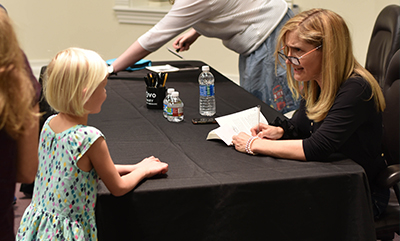 While she loves “lying” and making up worlds around her stories, her favorite part of writing is reading the stories of children and encouraging their imaginations.

As child, Cressida wanted to be an illustrator. She would try to copy Snoopy, but no matter how hard she tried, she could never draw him as well as the real Snoopy.

“I thought, ‘Oh No! That means I’m not going to be an illustrator!’ But it didn’t mean that. It meant that I was nine,” says Cressida. “Don’t forget that you have plenty of time to grow.” 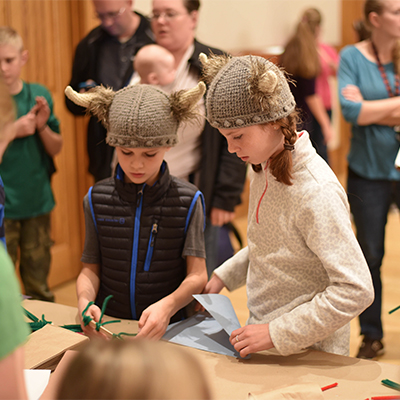